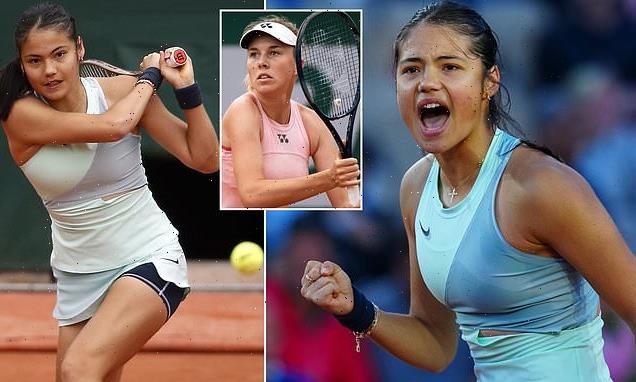 Emma Raducanu survives a scare at the French Open as she battles past 17-year-old qualifier Linda Noskova to reach the second round at Roland Garros, having dropped the first set

Mark this down as the day Emma Raducanu came of age on clay.

First under leaden skies and then in late-evening sunshine, she did battle against fellow teenager Linda Noskova in two hours and 40 minutes of terrific tennis.

When the red dust had settled Raducanu had won 6-7, 7-5, 6-1. It was a gruelling, compelling baseline battle – exactly the kind of match the British No1 must get used to winning if she is to thrive on this surface. 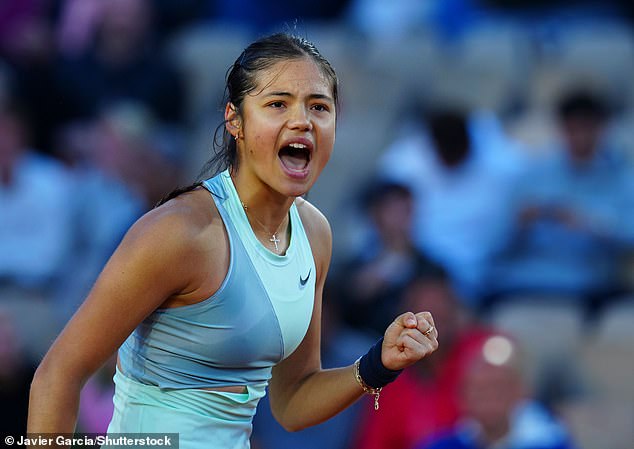 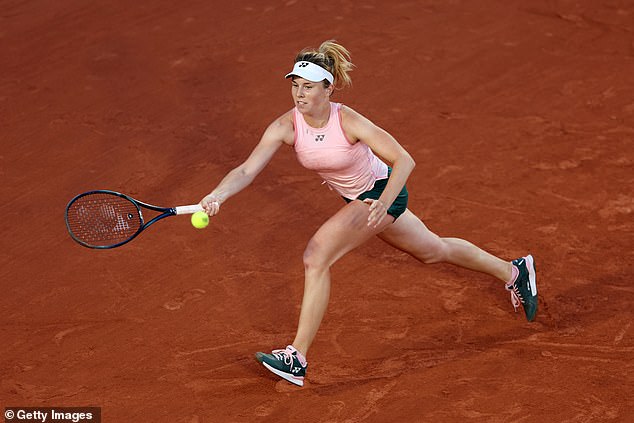 Qualifier Noskova took the first set, but Raducanu battled back to avoid a major upset in Paris

Next she faces Belarusian Aliaksandra Sasnovich of Belarus in the second round.

In the rare position of facing a player younger than herself, this was a tricky draw for Raducanu against a player who won the junior title here last year.

And after her own heroics at the US open, Raducanu did not need telling about the dangers of facing a player who has won their way in through qualifying, as Noskova did last week. 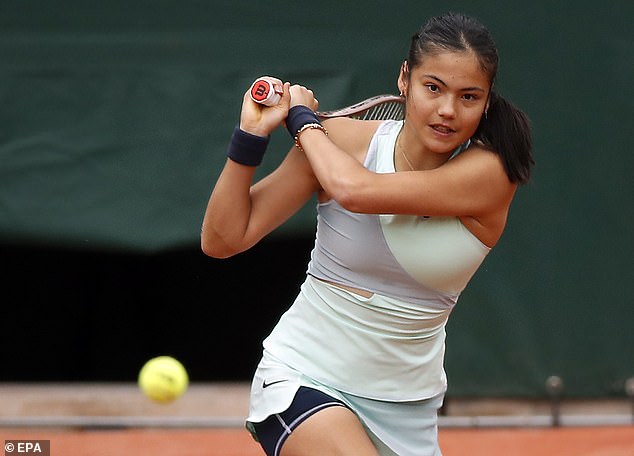 For the first half of the match it was the Czech who dominated, blasting winners and leaving Raducanu – making her senior Roland Garros debut – struggling for court position.

At a set and a break down it looked like Raducanu was going home but she dug in, began to find greater depth on her forehand and gradually forced her opponent back.

A hooter appeared in the crowd in the second set and its operator was evidently a Raducanu fan, so her thrilling comeback was played out to the tune of intermittent honking on the big points. 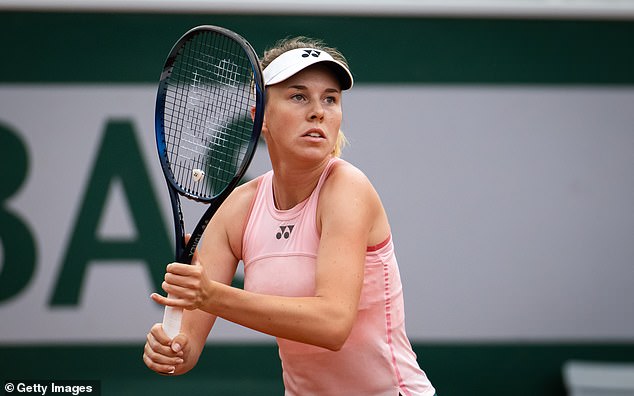 The level of tennis on show was high, but Noskova was eventually overcome by her opponent

The level of tennis from both was superb at this stage and as the sun came out at last the crowd on the picturesque Simonne Mathieu court turned up the volume.

With Noskova serving at 5-6 Raducanu carved out four set point and eventually took one with one of her first drop shots of the match.

The US Open champion talked before this event about her efforts to play with the greater topspin required on clay yet still staying true to her assertive style. 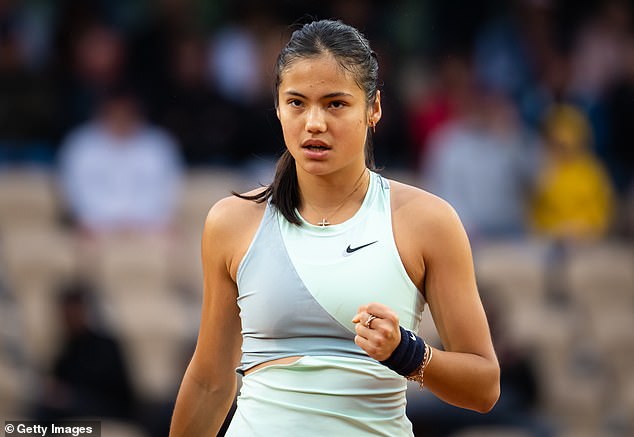 Raducanu found her balance in the third set, and said she was ‘proud’ of her fighting spirit

She found that balance perfectly in the third set and the errors became more regular from Noskova.

Raducanu broke twice and won the match with an angled forehand winner. She leapt into the air in celebration, as the man with the hooter gave several blasts.

‘It was an absolute battle. Linda was killing me at the end of the first set,’ she said with relief. ‘I’m really proud of the way I fought.’