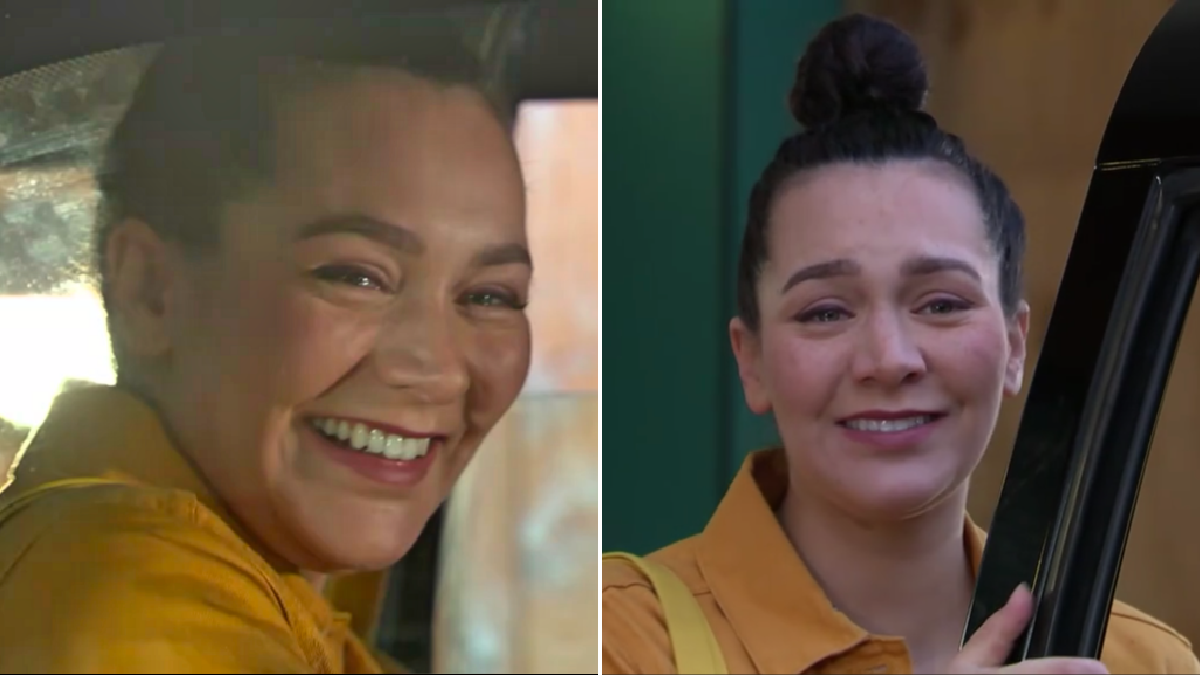 It’s a truly sad day for Hollyoaks fans, as Cleo McQueen (Nadine Mulkerrin) said her final goodbyes, before packing up her belongings and departing the eponymous village.

Cleo’s departure was set in motion last week, when she received word from Misbah Maalik (Harvey Virdi) that she’d been offered the chance to take part in a research project in India.

It was an opportunity that the Dee Valley Hospital nurse had longed for, but she feared taking that leap of faith, scared to pack up her life and move to pastures new.

Misbah encouraged Cleo to think long and hard about the opportunity before saying no, reminding her how she’s always putting others first, and that perhaps it’s time she did something for herself.

Theresa (Jorgie Porter), meanwhile, became something of a ‘puppet master’, as she had a word with Misbah, and then confided in Joel Dexter (Rory Douglas-Speed), knowing if anyone could make Cleo see sense, then it would be him.

Joel wasted little time in speaking to Cleo. He reiteratated what Misbah said, telling that she’s destined for greatness.

Branding her his ‘soulmate’, he revealed that he won’t ask her to stay, as he doesn’t want to be the person to ‘clip her wings’.

Cleo was overwhelmed with emotion, and subsequently agreed to take the job, before bidding farewell to her family in heartfelt scenes.

Mercedes (Jennifer Metcalfe), Goldie (Chelsee Healey), Nana (Diane Langton) and Teresa threw a McQueen-style party to see her off, and many tears were shed.

In a special post-credits sequence, Cleo said goodbye to Misbah, excited for what the future had in store. Before she got into the back of a black cab, however, she spotted Joel, who told her that he loved her.

Cleo, emotional, replied, telling him that she loves him too, before getting into the vehicle and leaving the village.

Metro.co.uk exclusively confirmed last week that Nadine Mulkerrin, who has portrayed Cleo on the Channel 4 soap since 2015, was leaving the show for good.

Hollyoaks continues Tuesday May 24 at 7pm on E4, or catch the next episode from midnight on All4.