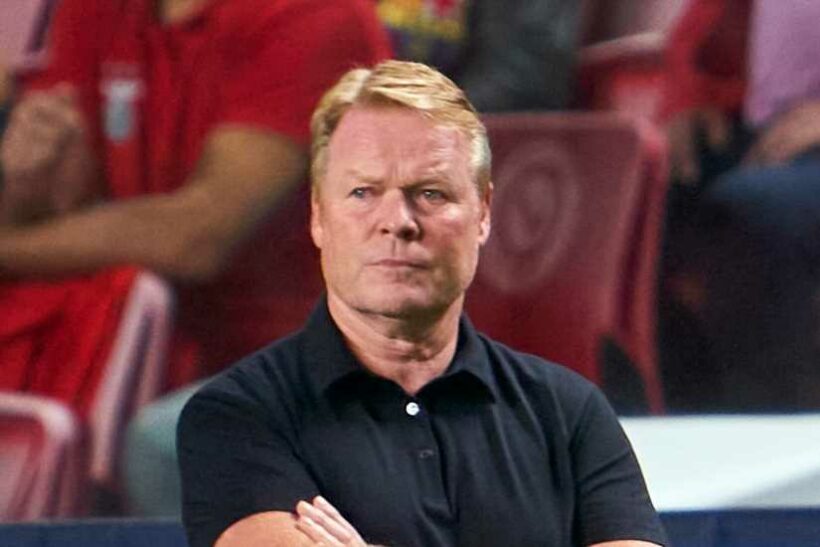 RONALD KOEMAN faces the Barcelona sack today – after an emergency overnight board meeting to decide his fate.

Barca President Joan Laporta summoned his closest advisors when the travelling squad touched down in Catalonia after their 3-0 Champions League humbling by Benfica. 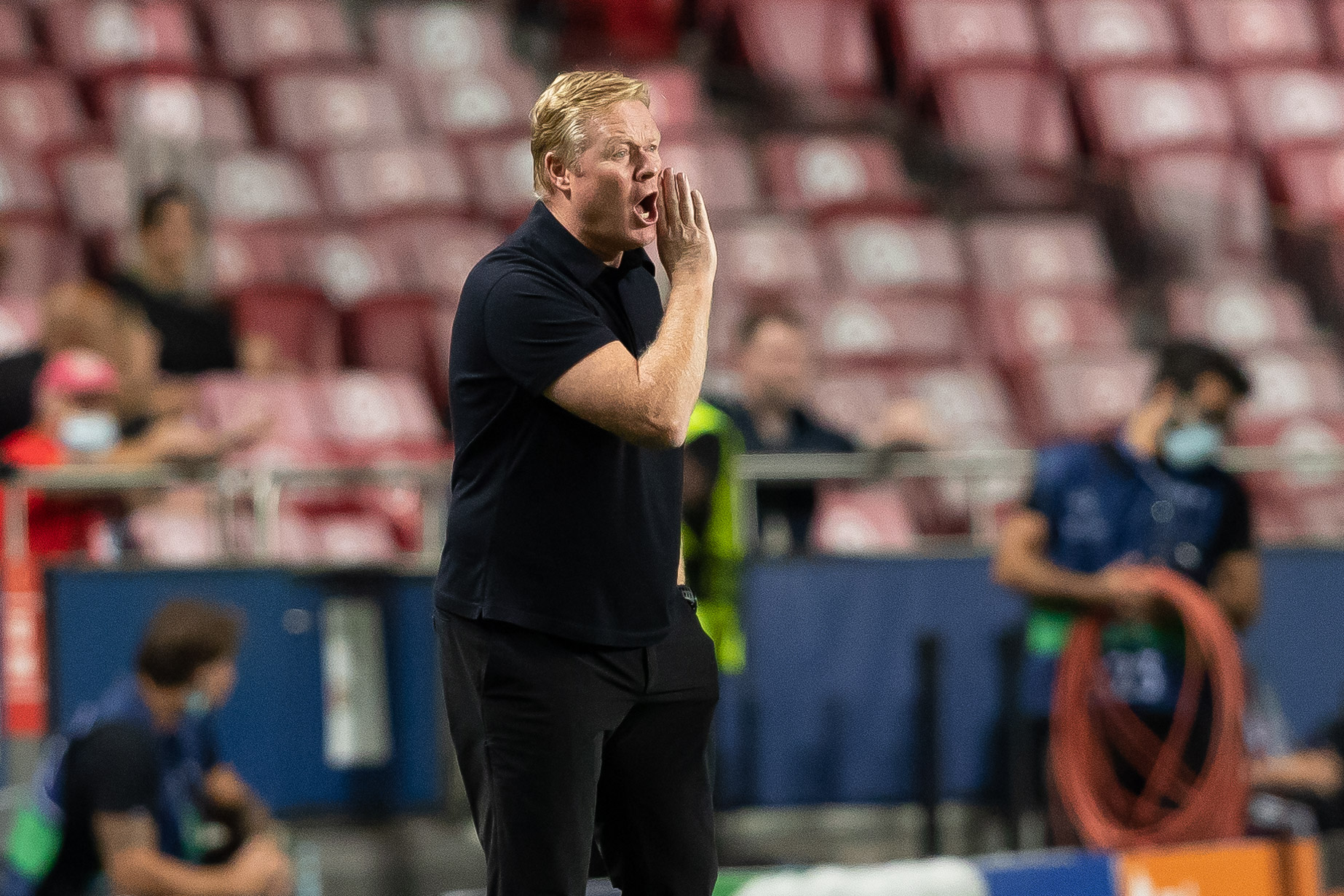 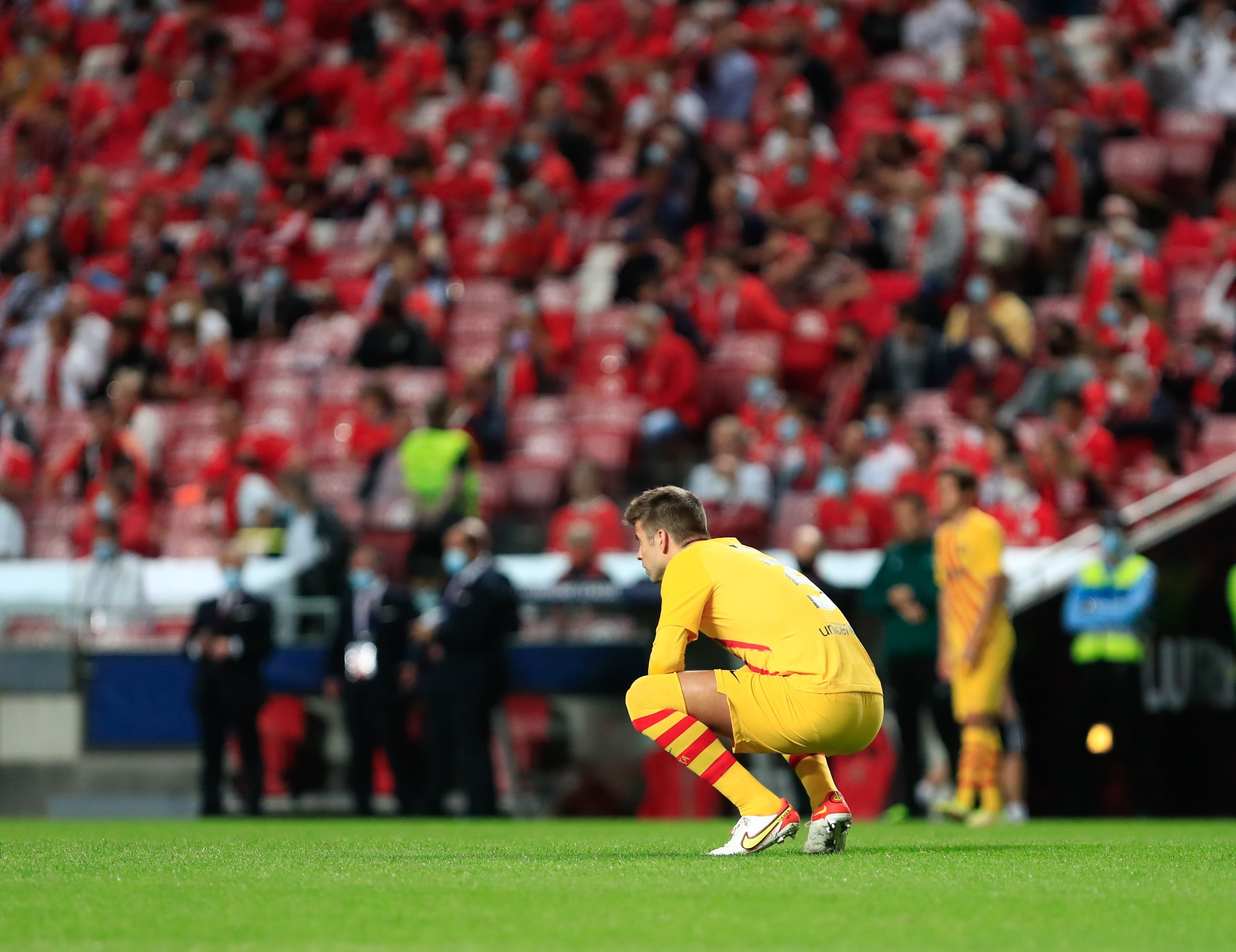 The defeat – the first time since the 1972-3 season that Barca have lost their first two European fixtures – left Koeman’s side bottom of a group headed by Bayern Munich.

They are now reliant on beating Benfica in the return in December and other results going their way to avoid failing to make the knock-out stages for the first time in 20 years.

Laporta and his colleagues spent an hour in urgent discussions, emerging shortly after 4am local time to say nothing but with terse looks on their faces.

It now seems inevitable that Dutchman Koeman, a Nou Camp legend after his 1993 European Cup Final-winning goal at Wembley, will be given the boot, either immediately or after the weekend game at Atletico Madrid.

Koeman’s side have now not won any of their last five Champions League games across two seasons, losing four of them and conceding 14 goals and scoring just two in the process.

Laporta is said to have four potential replacements in mind, including former midfield general Xavi and Belgium boss Roberto Martinez.

Ex-Everton chief Martinez is not immediately available with Belgium hoping to win their first major trophy next week when they face France in the Nations League semi-final for the right to meet Italy or Spain three days later.

Xavi is the emotional favourite but is understood to have angered Laporta by advising his presidential election rival Victor Font – before the eventual winner announced his candidacy – ahead of the vote of members.

The two other potential successors are Italian Andrea Pirlo, available after being sacked by Juventus in the summer, and Argentine Marcelo Gallardo, currently enjoying his second spell in charge of River Plate in Buenos Aires.

But the complicating factor is the cost of dismissing Koeman, who actually paid half of his release clause when he left the Holland job to return to the Nou Camp.

It has been claimed that Koeman would be owed as much as £10.4m if he was sacked before the end of his contract, which runs through to next summer.

That is disputed but Barca, who have been ordered by LaLiga to have a total salary bill of just £84m this season – compared to Real Madrid’s limit of £638m – still owe Koeman’s predecessor Quique Setien and are attempting to wriggle out of the settlement agreement. 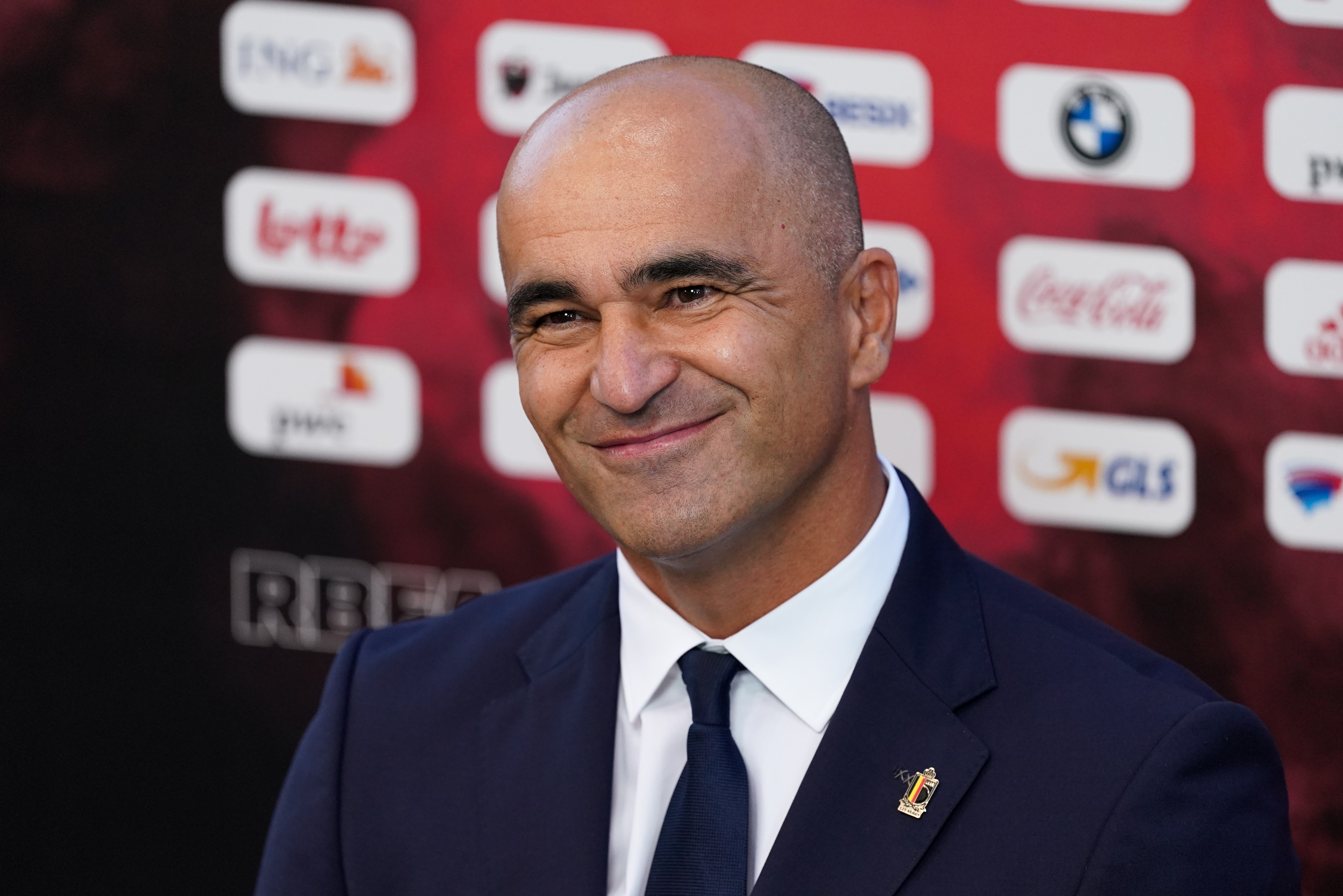