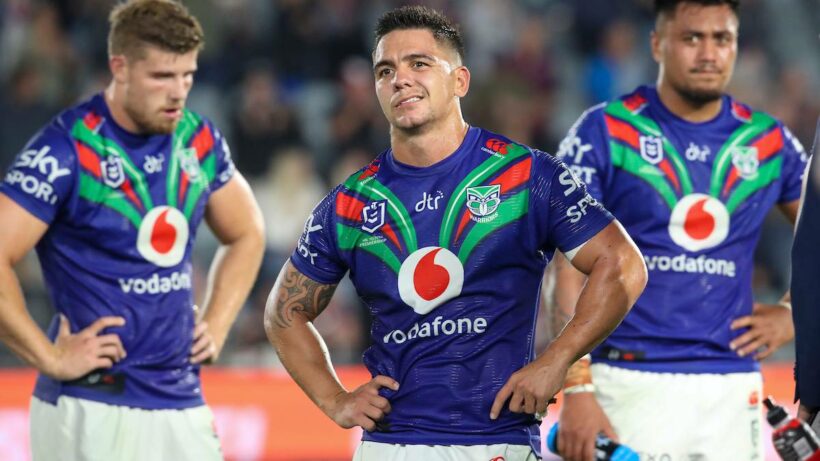 The Warriors could be stuck in Australia for three months beyond the end of the NRL season, after being unable to find a way back into New Zealand before that.

The club has so far been unsuccessful with attempts to secure a group MIQ booking, despite working through official channels.

The earliest possible availability is currently December 12, though players and staff have been told to start seeking managed isolation spots as individuals.

The Warriors, who play the Bulldogs today (3:50pm), still have a chance of making the playoffs, after a recent mini-revival, though their hopes remain slim.

Their last regular season game is on September 5, with the finals starting the following week. The NRL grand final is scheduled for October 3.

While the club is focused on the best possible finish to their season, the uncertainty over their return is an undoubted elephant in the room.

“We have made no progress,” Warriors chief executive Cameron George told the Herald on Sunday. “We have had great help from Raelene Castle and Sport New Zealand, in facilitating discussions with the right people, but we can’t find any options.”

George knows it’s a tricky scenario, with MIQ bulging at the seams as Kiwis want to return.

“It’s a fine balancing act,” agreed George. “We understand so many people are in this situation too. We are not looking for a free ride, but we were hopeful with the group nature there might have been a way that we could have explored it a bit differently.

“At this point in time, each individual is trying to find what they can. No one has been able to find anything…so there is a long road ahead.”

The transtasman bubble was paused on July 23, originally for two months, though the proliferation of cases in Australia mean the possibility of the travel corridor being reopened next month appears unlikely.

The Warriors have flights booked for September 25 but are not confident of being able to use them, with no MIQ availability until mid-December.

Another complicating factor is that a large portion of the playing group and staff are Australian, so they will not be able to enter the country for as long as the bubble is closed.

Coach Nathan Brown and the likes of Reece Walsh, Matt Lodge and Euan Aitken – among many others – would be in limbo.

George is working on several different plans for pre-season, which is due to start in the first week of November.

The club split into two groups last year, with Brown overseeing one group in Auckland and an Australian based contingent of 14 players working in Kiama, south of Sydney, but that’s not a scenario this time.

George wants a confirmed plan locked in over the next three or four weeks, including the location of their pre-season base.

“Before we finish the season we need to have a clear plan on what we are doing,” said George. “We can’t wait and see. If the border remains shut, it eats away at your off-season. You can’t plan your off-season in three weeks, especially with players leaving and new players coming to the club. It’s better to make a plan, stick to it, and then make small changes if the situation changes.”