Victoria’s dental system faces a pandemic-fuelled crisis that has left patients in parts of the state waiting more than three years for treatment, key services for children shelved, and some dentists being forced to close their businesses.

Days after doctors warned about emergency departments being so stretched that lives were being put at risk, new figures reveal dentistry is also under immense strain as waiting lists blow out to record levels amid fears of long-term dental disease problems for years to come. 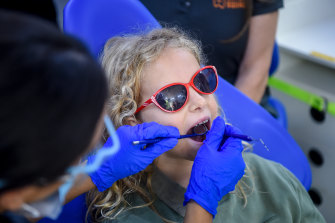 “From a practitioner perspective, it’s as challenging as anything I’ve known in 25 years in terms of the uncertainty and stress in the profession,” said Associate Professor Matthew Hopcraft, chief executive of the Australian Dental Association’s Victorian branch.

“And from a patient point of view, the ongoing limited access to care is definitely having an impact on oral care, with some dentists saying they’re seeing the worst [teeth] problems they’ve ever seen … We’re pushing towards a crisis.”

The government’s latest quarterly report shows that the public dental waiting list has spiked again, with patients now waiting an average of 23 months for general treatment – the worst delay in a decade – and an average of 15 months to see a specialist, such as an orthodontist or prosthodontist. 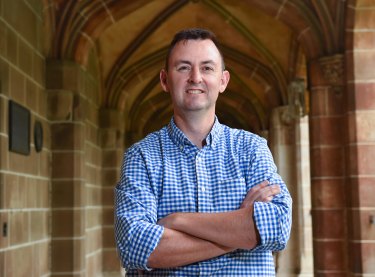 However, government data obtained by the Dental Association under freedom of information laws reveals the state average masks even bigger delays in regions including Maryborough (where the district health service recorded an average wait time of 48.7 months); Nillumbik (36.3 months) and Monash (32.1 months).

The association’s figures also show that only 170,000 Victorian adults could get treatment in the public dental system over the past 12 months, a decline of more than 70,000 patients from the previous year.

“The system is chronically underfunded – that’s why the waiting lists are so bad,” Professor Hopcraft said.

The government says its last budget invested $360 million in public dental care and that waiting lists do not include emergency patients, who made up the bulk of patients seen over the past financial year.

Victoria’s COVID-19 restrictions have nonetheless led to challenges. Non-urgent procedures have been put on hold by the government, including its “Smile Squad” dental vans, which provide public school students with free check-ups and cleaning, as well as fillings, root canals, extractions, and fluoride applications.

Some dentists in private practice have shut down – a fate many other small business owners have also faced since the pandemic began. And dental education and training has taken a hit too, industry figures say, with some students missing out on critical placements because of lockdowns and restrictions.

In the eastern suburb of Camberwell, Melbourne mother Sheila John knows all too well about the lengthy waiting times for dental treatment. Her son Kyle has had braces since 2019 but has had four appointments cancelled since, and with Melbourne in its sixth lockdown “there’s just no end in sight”.

“I feel like it’s a bit of a ‘first-world problem’ but on top of the home schooling and all the other pressures that children are under, he’s been stuck with these braces on his teeth for two years now, solely because every time he’s due to have alterations, his appointment gets cancelled,” she says.

It’s a similar story for 37-year-old Erin Grant, who started orthodontic treatment in October 2019 and expected to have her braces removed by February this year – just in time for her wedding several weeks later.

But coronavirus restrictions meant she could only temporarily take off the top half of her braces for her big day (which also had to be pushed back a month). She is still waiting for an appointment to have them properly removed.

“With teeth it’s not just the discomfort, it’s the mental load as well,” she says. “I’m nearly 40 and I still have braces – and I had braces as a kid – so it’s just layer upon layer.”

The strain on the public dental system is emblematic of a broader crisis affecting healthcare in Victoria amid a global pandemic that is showing no signs of easing until enough Australians are fully vaccinated.

As reported by The Age on Saturday, the state is battling a dire shortage of nurses because many have been redeployed from mental health units or aged care settings to work as contact tracers, vaccinators and testing centre staff.

Hospitals are also stretched, with patients turned away from emergency departments at Sunshine and Footscray hospitals on Tuesday when more than 220 staff were forced into isolation.

A spokesman for Health Minister Martin Foley said the last budget had delivered funding for an extra 40,000 dental treatments “but we know there is more to do, which is why it is critical that the Commonwealth government reverses their 30 per cent reduction in public dental services and commits to a long-term funding arrangement”.

The federal government contributes through national funding agreement with the states and through the Child Dental Benefits Scheme. Victoria’s public dental system is also funded through the Department of Health, with services delivered through the Royal Dental Hospital Melbourne and 79 clinics across the state.

Opposition health spokeswoman Georgie Crozier said the system was in crisis. “Too many Victorians with existing dental conditions are waiting for longer to receive their dental care, and as a result their conditions are worsening,” she said.