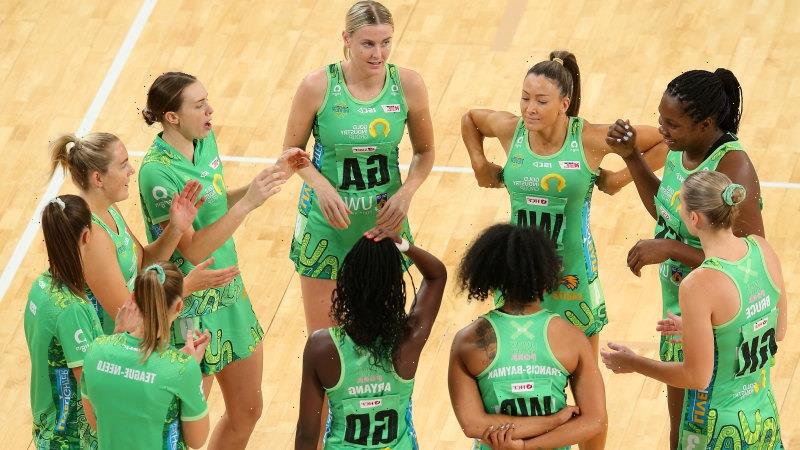 The West Coast Fever salary cap breach in the 2018 and 2019 seasons is a story that will not go away. And the sad fact is that despite the penalty, despite the assurances that Fever are now complying with the salary cap, despite the fact that Fever didn’t win the competition in those years, the situation remains grossly unfair for a number of reasons.

From when the story broke last year after Fever narrowly lost the grand final to Melbourne Vixens, through to now, it hangs like a dark cloud over this season’s Super Netball. 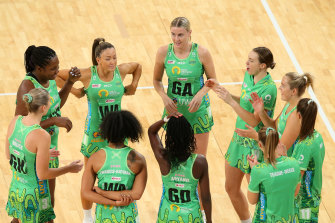 It is unfair that West Coast Fever players and coaches are the public faces of a mistake made by faceless administrators.Credit:Getty Images

While Fever have been penalised to the tune of 12 competition points (which is equal to three wins) and $300,000 – half of which is suspended – some are wondering aloud whether the punishment is severe enough.

A reason for the rumblings about the perceived lack of severity is that Fever wiped out the deficit in the first three rounds and found themselves in the top four within five rounds. There is also unrest that Fever have been able to accrue for and against percentage points in all of their games.

If Fever weren’t winning, I wonder if anyone would care. No one has said boo about Adelaide Thunderbirds’ 2019 salary cap breach (which resulted in a $100,000 fine, of which 90 per cent was suspended until 2022). Why? Maybe it’s because they show no signs of winning the title in the immediate future.

But maybe it’s because the Fever breach was so large – more than 20 per cent across two seasons, and so systematic – that it feels like the penalties should be much bigger. Unless of course you are a Fever player, staff member or fan. Then you are no doubt feeling that 12 competition points and $300,000 is more than enough thanks very much and can everyone leave us alone.

But maybe it’s because the Fever breach was so large … that it feels like the penalties should be much bigger.

Have I confused you? Good. Because that’s how I feel about the whole situation.

On the one hand I feel like Fever “the club” should have been barred from accruing any competition points this season. The fact of the matter is the club cheated. While they self-reported a small breach, they did not self-report the whole thing. It was left to Super Netball’s integrity unit to uncover the depth of the problem. The cheating was deliberate and systematic.

On the other hand I feel like Fever “the team” should be allowed to pay the penalty and get on with playing. These players are not millionaire athletes taking massive payments, but players who are mostly just getting by, with a couple of well-paid stars in the mix. Most supplement their netball income with work, or use it to subsidise study. They are good women playing the game that they love.

I also feel like the loyal fans shouldn’t be punished, and that the past players who have been part of building the club to where it is now shouldn’t have their legacy trashed.

It’s also unfair on every team beaten by Fever in 2018 and 2019, not least the Giants who were denied a grand final appearance in 2018 by a club that was cheating the system.

It’s unfair on teams that are being beaten by a team that is complying with the salary cap but that contains players who may have been lured to Perth in previous years by payments that were illegal.

The real question is why were the people who made these decisions protected by the club?

Coaches are involved in recruiting and retaining players, but the nitty gritty of contracting is the responsibility of club management. Similarly players are too busy training and playing to have detailed spreadsheets about who is earning what. Sure, they might wonder about someone’s car or flights or rent, but it is hardly their job to police it.

In which case all that we can do is accept on face value statements from coach Stacey Marinkovich and the players that they didn’t know. To do otherwise is unfair.

The real question is why were the people who made these decisions protected by the club? We are no closer now to knowing who was responsible. We only know that they no longer work within the organisation. Which is of little comfort to the players and coaches across the league who are affected, and the fans of all teams – including West Coast – who have the right to know what happened and why, and what steps are being taken to ensure it doesn’t happen again.

Super Netball – and Netball Australia – must take steps to update the competition rules to ensure that it is clear where the buck stops when the salary cap is breached. Whose responsibility it is, who has to stand up and answer. Whether that is the general manager of a club, or the president or chair of the state body, it cannot be left to players and coaches to wear the consequences.

As it stands the lack of information about what happened and who did it has created a vacuum that is being filled by rumour and innuendo. That must never happen again. Along with a monetary fine and the loss of championship points, clubs who cheat must nominate who is responsible so that they, not the players or the coach, can be the face of the scandal. So that they can answer questions and accept responsibility, and perhaps even be barred from ever working again in the sport.

It’s tough, but the sport and those who play it deserve better.