A LEADING Italian architect has devised plans to turn the San Siro into a beautiful memorial in tribute of those who died because of the coronavirus.

Currently home to Serie A giants AC Milan and Inter, the clubs recently announced plans for a new state-of-the-art stadium called 'The Cathedral'. 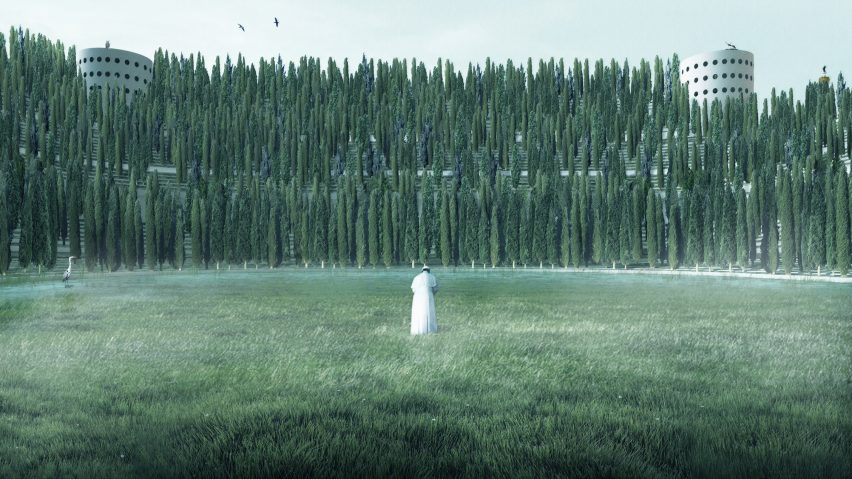 Inspired by Milan's famous landmarks, Duomo di Milano and the Galleria Vittorio Emanuele, the 65,000 all-seater stadium should be complete by 2027 – with the two teams continuing to share the space.

But, to help fund the project, the San Siro is set to be demolished as part of the redevelopment of the area.

However, draughtsman Angelo Renna has drawn up impressive plans to plant 35,000 cypress trees on the site instead and turn it into a stunning monument that honours those who lost their lives during the pandemic.

And this will live alongside the new stadium if it gets approved.

SAVE THE SAN SIRO

"The main idea is to save the legendary San Siro stadium from demolition, converting the entire structure into a place of commemoration in memory of the victims of Covid-19," Renna told design magazine Dezeen.

"Almost 35,000 people have lost their lives in Italy during the past five months during the coronavirus pandemic and Milan has been one of the main epicentres.

"My hope is to create a spiritual and sacred place in which people will able to reconnect with their beloved ones."

Officially known as the Stadio Giuseppe Meazza, it's homed AC Milan since 1927 and Inter from 1947.

Most decorated XI in Euro history including Messi & Giggs, but no Ronaldo

The decision to destroy it has split fans in Italy, with AC Milan chief executive Ivan Gazidis moving to allay their fears.

"I understand the doubts, because San Siro is a special place, but it's necessary to have courage," the former Arsenal CEO said.

“Feelings exist and cannot be questioned. The memories of San Siro will be there forever, no one will be able to erase them, it's impossible.

“Every League in the world that has been successful has done so by building new stadiums, with an incredible and inclusive experience for the fans.

“We have everything that is needed: the football, the people, fans. I see a brilliant future, you just need to have courage.

"Creating new stadiums is a fundamental step if we want to be at the top of the football world again."

Renna, though, feels differently to Gazidis.

His suggestion is the ground needs "a second life" and his idea is a radical but poignant one.

"My proposal involves the transformation of the existing stadium into something completely different from its current use so that we can give this place a new identity – a second life," said Renna.

"Maintaining the body by modifying its use. It may seem like a contrasting choice, but I personally see it more as an opportunity to create something unique and special for those people who have lost their beloved ones."

In the proposals, Renna wants to take the roof off the San Siro and remove all the seats.

Then, the stands will be covered with earth and 35,000 Cypress trees will be planted to represent roughly each death in Italy. 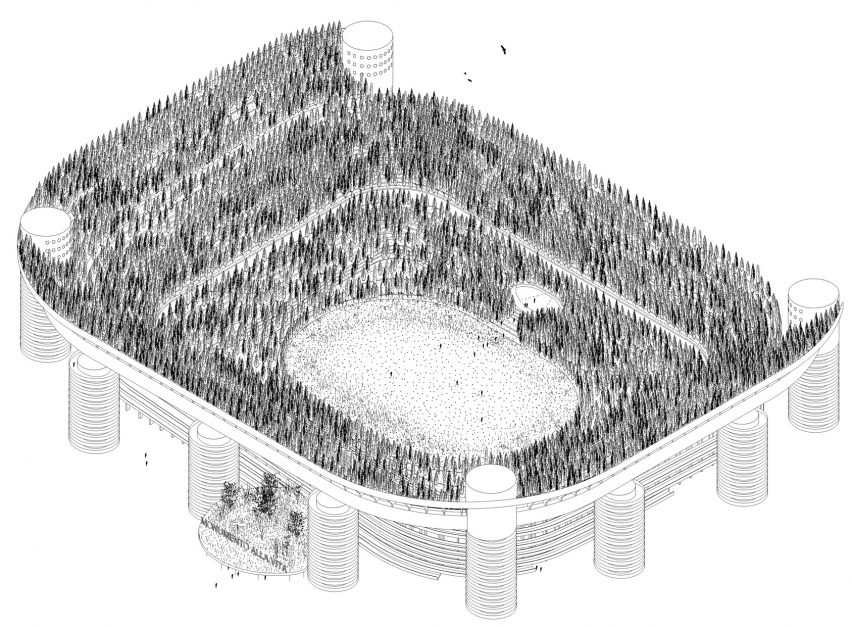 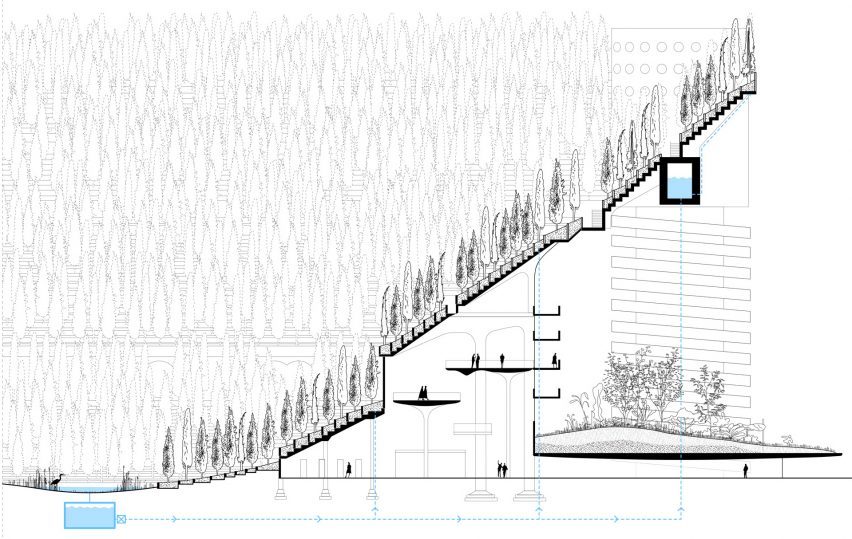 A grassed area will remain in the middle, with holes created in the stands acting as walkways that will allow access to it.

Renna explained why Cypress trees were vital to the project.

"The cypress is a common ornamental tree cultivated for millennia throughout the whole Mediterranean region," he divulged.

"The dark green vertical shape of these trees is a highly characteristic signature of cemeteries and sacred spaces, like a symbol of immortality, emblem of life after death.

"The cypress is also a tree that thanks to its intricate and thick crown provide habitat for many birds, dormice, squirrels, lizards, and many other animals".

With estimated costs of the demolition said to be at the £60million mark, Renna believes his monument idea is a viable option. 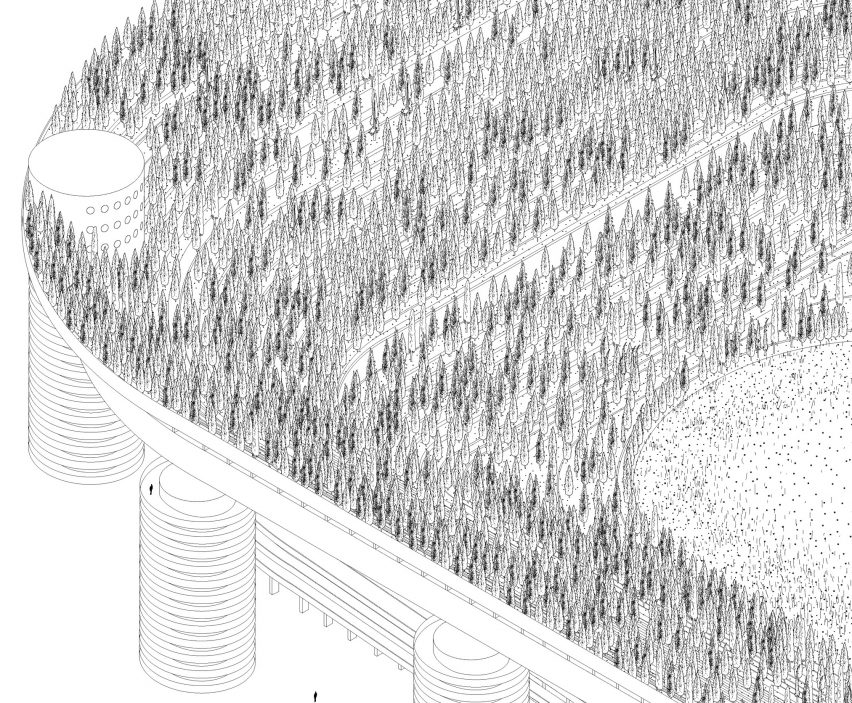 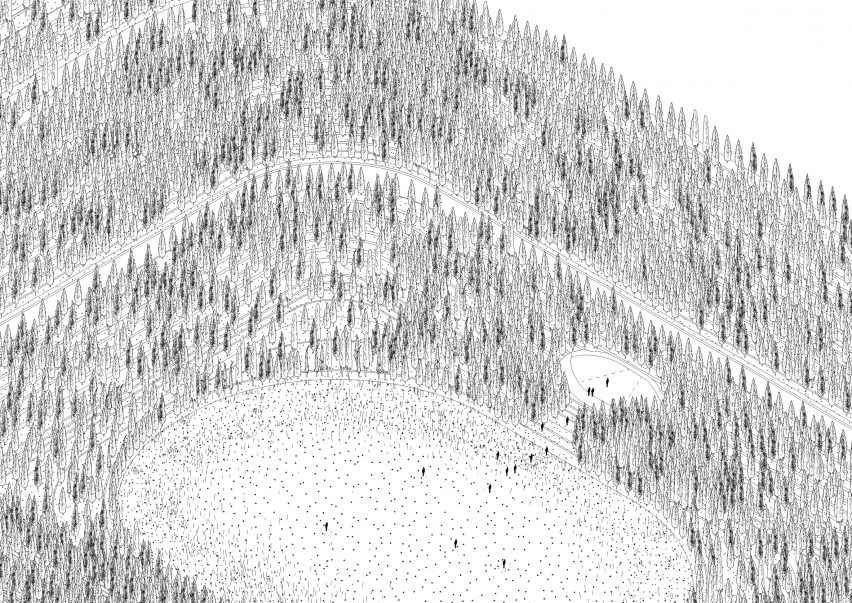 "Absolutely it is possible," he said.

"Especially if you consider that the demolition of the existing stadium will cost apparently 70 million euros. They could use the money designed for the demolition to realise this proposal."

However, both clubs would have to be on board, as well as local council.

Renna said: "The biggest challenge would be to convince the municipality and the two Milan teams to avoid the demolition of such historical and symbolic place in favour of a transformation in something new and special."