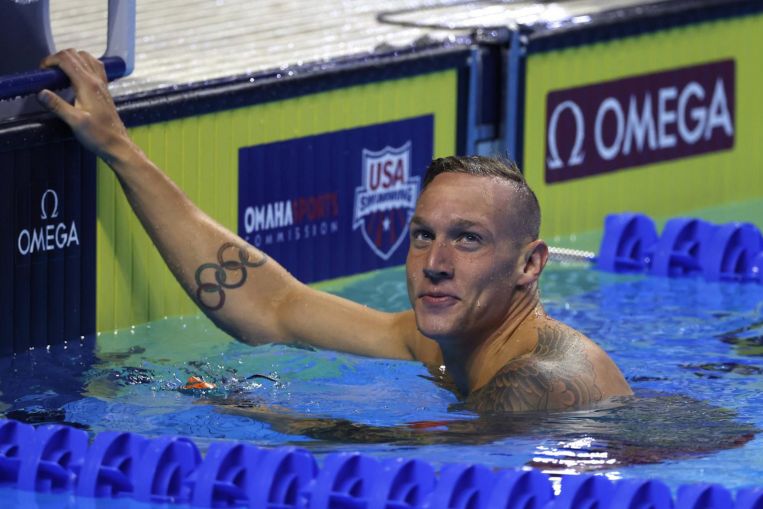 OMAHA, NEBRASKA (AFP) – Caeleb Dressel led the way into the semi-finals of the 100m butterfly at the US Olympic swimming trials on Friday (June 18), clocking a season-leading 50.17 seconds in the heats to surpass the 50.18 recorded by Hungarian Kristof Milak at the European Championships in May.

The American’s time is the ninth-fastest ever, a signal that his own world record of 49.50sec could be under threat this week.

Dressel had already punched his ticket to Tokyo earlier in the week with his victory in the 100m freestyle, but his fist-pounding, crowd-stirring reaction to his victory then was not just a celebration of that feat.

“This meet was prolonged a year,” he said of the agonising wait that prospective 2020 Olympians have gone through since the Tokyo Games were postponed by the coronavirus pandemic.

“There was a lot of emotion in this – all the struggles through quarantine, finding pools to train at. All of that packed into one race.”

Dressel finished sixth in the 100m free at the Rio Olympics in 2016, but earned gold in the 4x100m free relay.

Since then, he has emerged as a multi-event star, winning a record eight medals – six gold – at the 2019 world championships.

With Michael Phelps – holder of 23 Olympic gold medals – retired, that makes Dressel the face of the US men’s team, a role that takes some getting used to and one that made the five-day wait for his first final at the trials on Thursday night “miserable”.

“It wasn’t just the 100m free for me,” he said. “There was just a lot going on, a lot of outside pressure that I’ve gotten better and better at ignoring.”

He will have plenty to keep him occupied over the final few days of the trials. He will close out his qualifying campaign with the 50m free on Saturday and Sunday.

“I wish the 100m free had been a little bit earlier so I could kind of get that weight off the shoulders,” Dressel said. “I’m fine with where we’re at right now.”