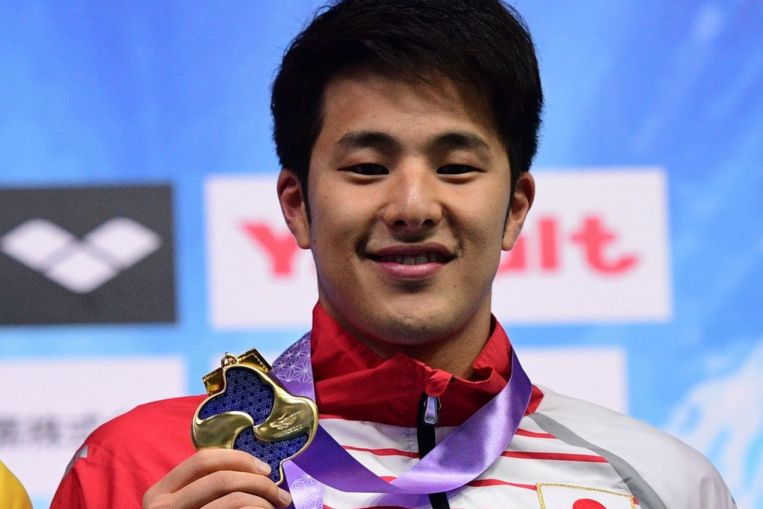 TOKYO (AFP) – Japan’s top Olympic swimmer Daiya Seto thanked his wife for standing by him after winning his first race following a suspension for having an affair.

Seto, a medal hopeful for the virus-postponed Tokyo Games, was banned in October from competitions and official training until the end of 2020 after a tabloid exposed his extramarital affair.

The 26-year-old star, who quit as captain of Japan’s swimming team and was dropped by a sponsor in the wake of the scandal, returned to the pool at the Japan Open in Tokyo on Thursday (Feb 4), his first competition since September.

“My wife and I confronted it seriously and talked about a lot of things,” Seto was quoted by local media as saying after winning the 400m individual medley.

“I want to show her that I can grow as a competitor and as a person. My wife said: ‘Where I can support you, I will’, and I’m really grateful that she would do that for me.”

Seto was caught on camera in September by a gossip magazine, which chronicled his movements as he picked up his girlfriend, took her to a “love hotel”, then went to pick up his daughter.

He was forced to complete the Japan Olympic Committee’s “integrity education” programme among other courses as part of his punishment, and lost his sponsorship with All Nippon Airways.

Seto gave a deep bow as he came out for the race, then took first place in a time of 4 minutes, 12.57 seconds, beating Rio Olympic gold-medallist Kosuke Hagino, who finished sixth.

“My behaviour last year caused trouble for a lot of people, and I wanted to apologise,” said Seto, who said he never thought about retirement during his suspension.

“I also wanted to show my gratitude at being able to compete again,” he added.