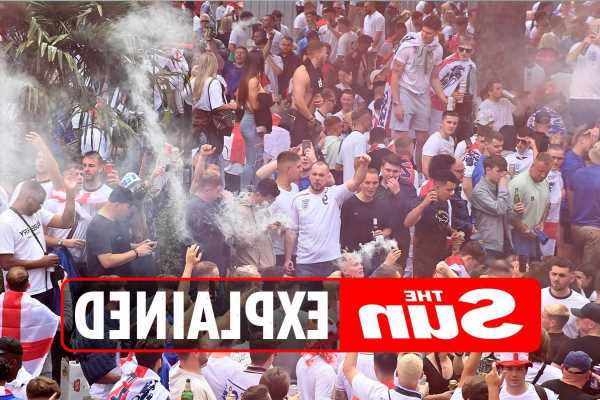 ENGLAND fans are gearing up for the Euro 2020 final and hoping football is finally coming home.

It’s a big night at Wembley with the Three Lions facing Italy but that hasn’t stopped some jokers having some fun.

After some 55 years of hurt for England fans some can still see the fun side of things.

Social media is littered with memes and jokes but for once there is a real chance the dream could turn into a reality and the Three Lions lift some significant silverware for the first time since 1966.

We'll drink to that

Full (Monty) marks for this classic

Pie in the sky thinking?

Three what on a shirt?

Good Will will see it coming home

Love (Island) is all you need

That's what Friends are for

What does It's Coming Home mean?

The legendary chorus originally referred to the fact that when the song was released, England was hosting its first major football tournament for thirty years.

However, since then the phrase has evolved to refer to football's most famous trophy, The World Cup, returning to England, where football was invented.

In 1996 The Football Association commissioned The Lightning Seeds' Ian Broudie to write an England song for the upcoming Euro '96 football tournament.

The singer agreed on the condition that comedians Frank Skinner and David Baddiel, who at the time presented the late-night television show Fantasy Football League, took part.

Three Lions went on to become a legendary football song and hit the No. 1 spot in the UK Singles Chart in May 1996.