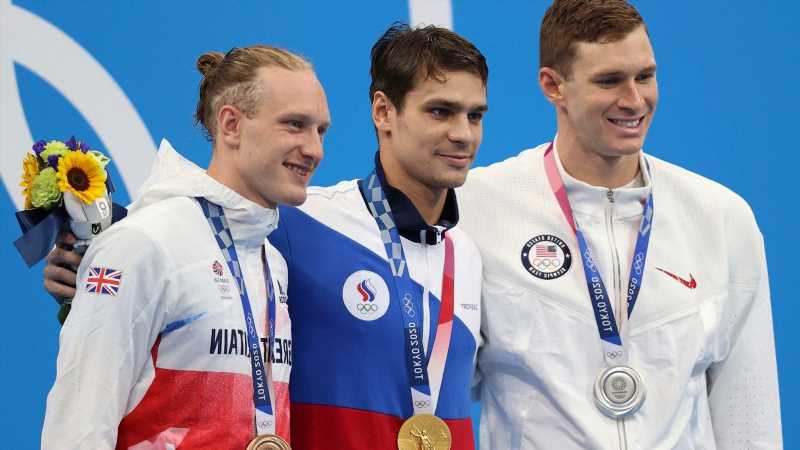 Luke Greenbank’s Olympic bronze medal win in the men’s 200m backstroke was overshadowed as runner-up Ryan Murphy made cryptic remarks about the race not being clean after Evgeny Rylov’s victory in the event.

Murphy made no outright accusation about the Russian Olympic Committee’s Rylov, who backed up his win in the men’s 100m breaststroke earlier this week with an Olympic record time in this 200m final of one minute and 53.27 seconds.

He was 0.88secs clear of defending champion Murphy – while Britain’s Greenbank finished third 1.45s adrift of Rylov – but the American told reporters afterwards it is a “huge drain” on him to swim “in a race that’s probably not clean”.

Rylov is among more than 300 athletes at these Games representing the ROC, following a Court of Arbitration for Sport ruling that partially upheld Russia’s appeal against World Anti-Doping Agency sanctions after revelations of a state-sponsored doping programme in the country. 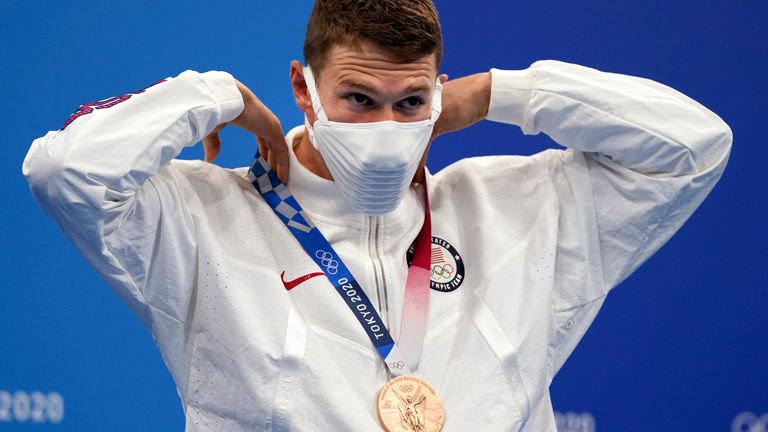 Murphy insisted at the medallists’ press conference his comments were more aimed at the sport in general following an alleged conversation with Brent Nowicki, the executive director of swimming’s governing body FINA.

“I don’t know if (the race) was 100 per cent clean and that’s because of things that have happened over the past,” Murphy said.

“To be clear, my intention is not to make any allegations here. Congratulations to Evgeny, congratulations to Luke. At the end of the day, I do believe there is doping in swimming. And that is what it is.

“I met the new FINA executive director, Mr Nowicki, at Olympic trials and we were talking about FINA and things they want to do to push the sport forward.

“He asked for my take and I said ‘OK, FINA needs to be a little bit more transparent, both on the financial side and on the drug testing side’.

“He said ‘we are working on it, it’s going to be hard and it’s going to take a long time to clear this sport of doping’. When you hear that from the top that’s tough to hear. That’s what I believe.” 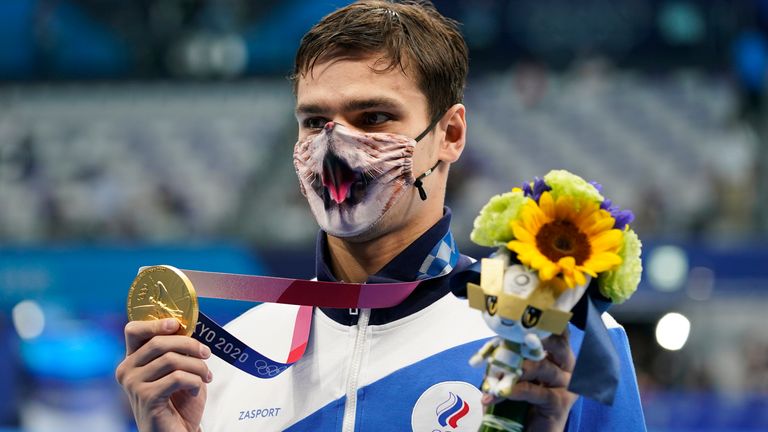 The Russian Olympic Committee issued a response on its Twitter account, rubbishing any claims of doping at the Tokyo 2020 Olympics, describing criticism as “English language propaganda”.

A statement read: “How nerve-wracking the victories of our colleagues in the individual categories are. Yes, we are here, at the Olympics. That is absolutely right. Whether somebody likes it or not.

“But you need to know how to lose. But not everyone is capable of that. The street organ has again started playing the song about Russian doping. Someone is twisting the handle.

“English-language propaganda: the source being verbal sweat on the Tokyo fire from the mouths of resentful, defeated sportsmen.

“We will not console you. We forgive those who are weaker. God is their judge. And we are the assistant.” 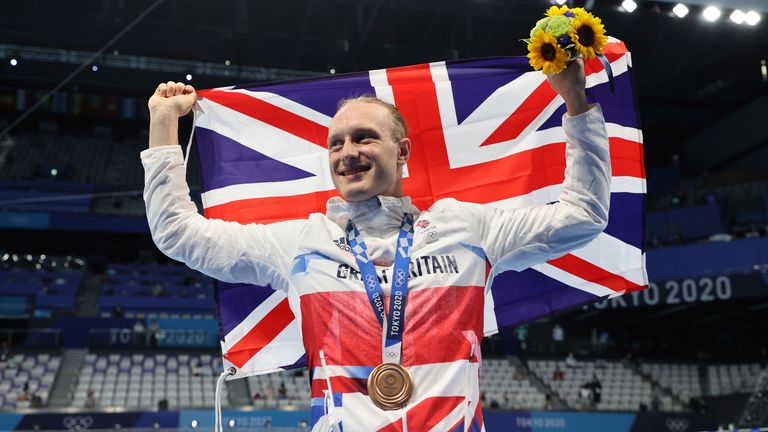 Greenbank collected his first Olympic medal after touching out in 1min 54.72secs but the Cheshire swimmer agreed with Murphy’s assertion that more can be done to tackle doping in the sport.

“I mean it’s obviously a very difficult situation not knowing whether who you are racing against is clean,” he said.

“It is something that is part of sport and if I’m honest more needs to be done to kind of tackle that.

“I can’t really speak on Ryan’s behalf. Obviously there’s a lot of…media around the Russian Federation coming into the Olympics.

“It’s frustrating seeing that as an athlete, having known that there is a state-sponsored doping programme going on and feeling like maybe more could be done to tackle that but that’s not for me to make those decisions, really.”

Rylov came in for scrutiny following Murphy’s comments, but the two-time Tokyo 2020 gold medallist was adamant he competes fairly and should not be tarnished because he is from Russia.

“I have always been for clean competition,” he said.

“I am always tested. I will fill out all of the forms.

“From the bottom of my heart, I am for clean sport. I am devoting my whole life to this sport. I don’t even know how to react to that.