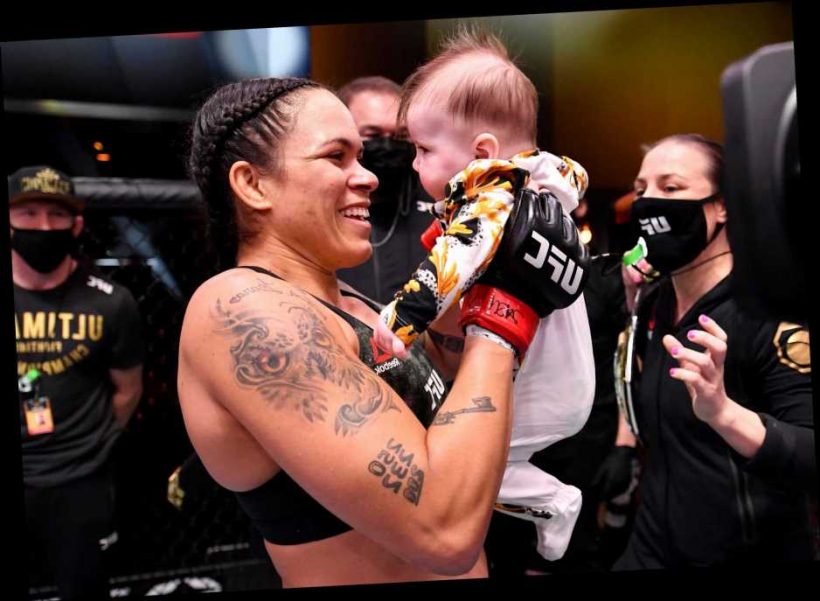 AMANDA NUNES celebrated her 12th straight win in the UFC octagon with her baby daughter after dominating Megan Anderson.

The Brazilian, the greatest women fighter in UFC history, took only two minutes to dispatch of yet another contender. 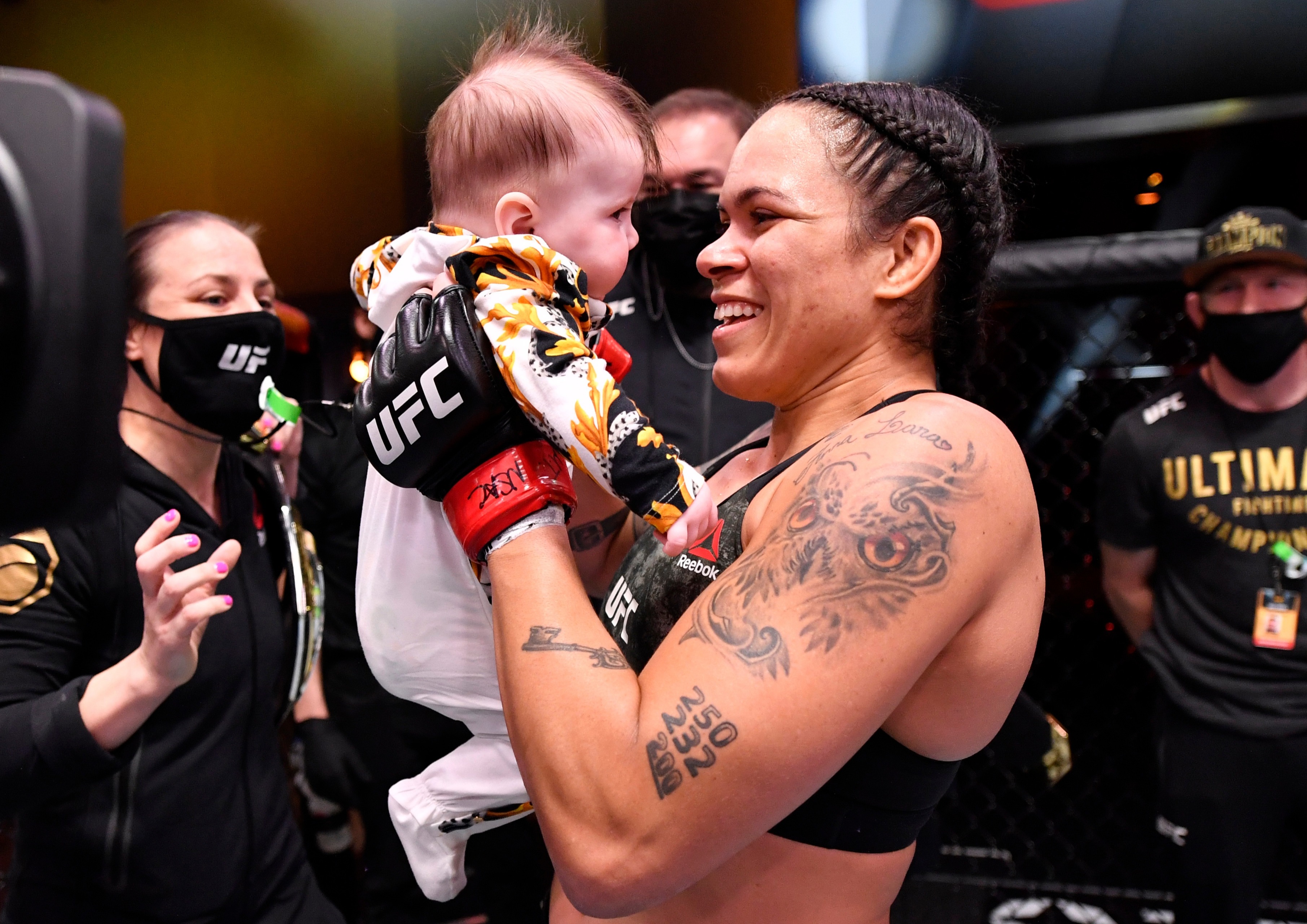 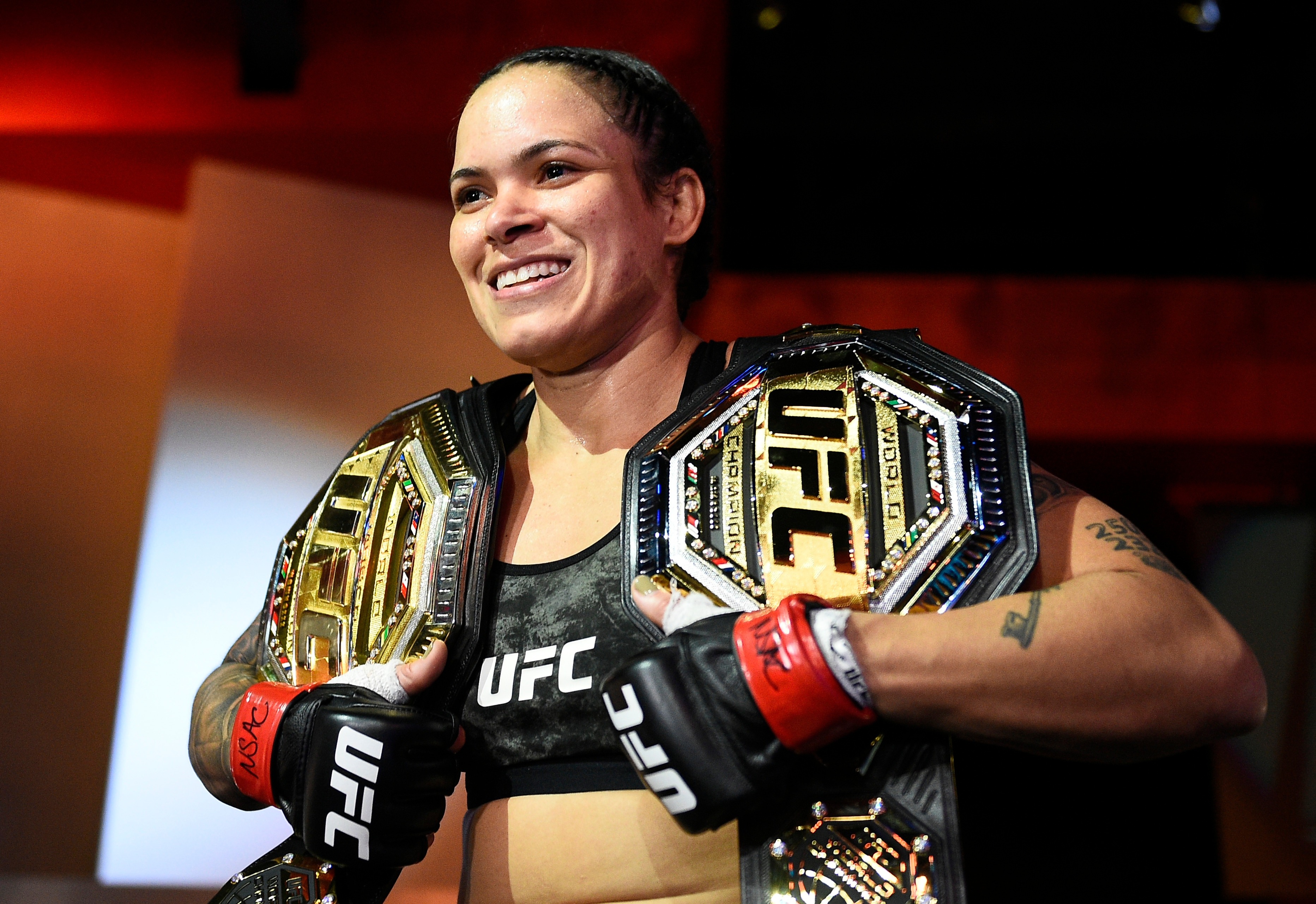 She hurt Anderson early and finished the job off on the floor with an armbar.

Nunes held her two UFC titles with pride but beemed as she hugged daughter Raegan Ann in the cage.

She said: "It's like the lion is always dangerous, but when she have a baby, nobody can stop her. Ever.

"I'm more dangerous now with my little girl, so nobody's gonna stop me. I'm gonna retire undefeated and with the two belts at home."

The samba superstar welcomed the birth of her first child with partner – fellow UFC star – Nina Ansaroff, in September 2020.

But she did not defend it for two years, beating Felicia Spencer last July.

Nunes then stayed at the weight to welcome Aussie Anderson, who again came up short.

The two-division queen has also made six defences of her 135lb bantamweight belt, last fighting Germaine de Randamie in 2019.

And even Nunes is scratching her head at who is left for her to face.

She said: "It's not my fault. I know there's a lot of girls out there who want this opportunity. Soon we're gonna have the next name" 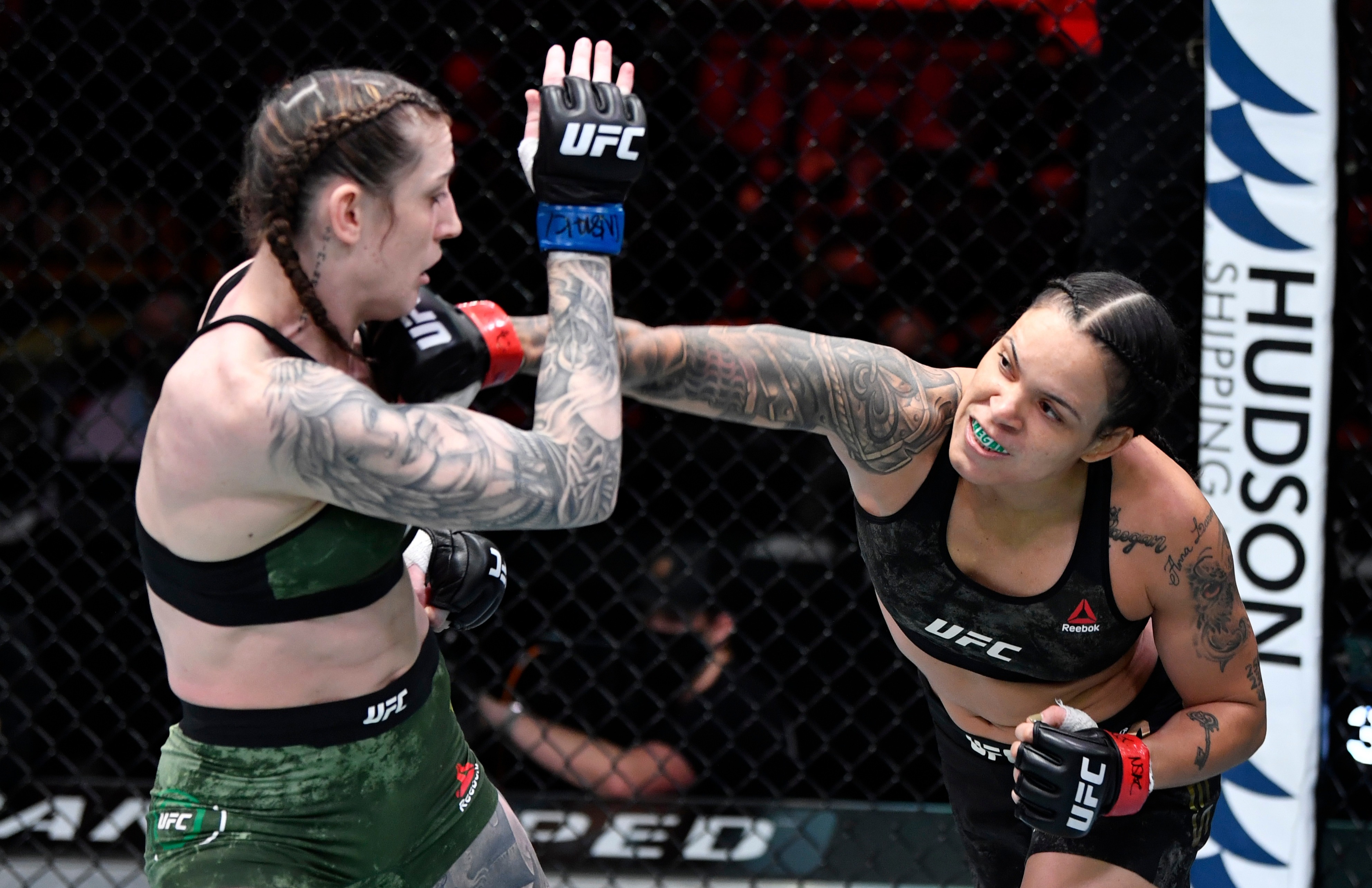 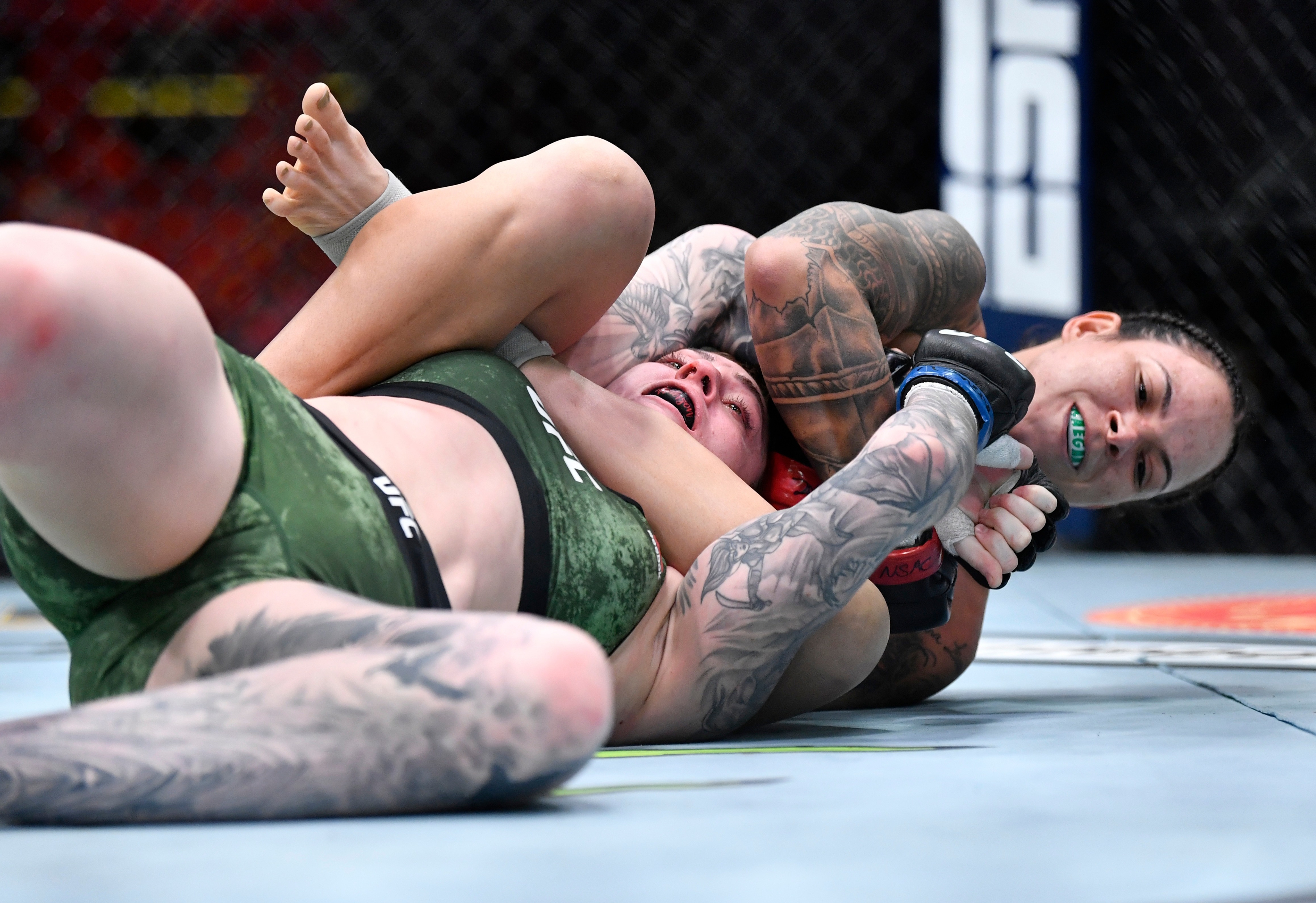