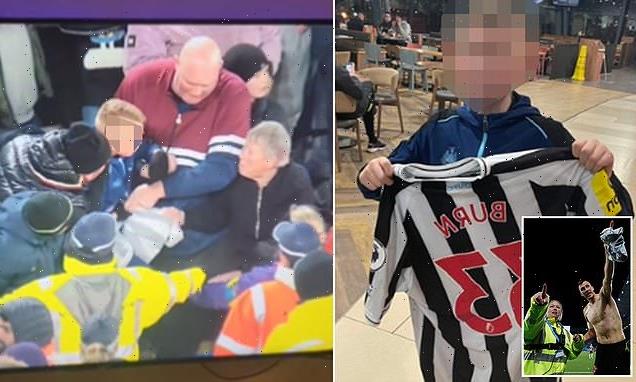 An astonishing video has emerged of a Newcastle fan trying to wrestle a shirt off a child in the stands on Boxing Day.

The Magpies beat Leicester 3-0 on Monday at the King Power Stadium, with Chris Wood, Miguel Almiron and Joelinton on the scoresheet, and after the game defender Dan Burn threw his shirt into the crowd for a youngster.

But footage revealed on social media shows one fully grown adult pulling the shirt away from the boy, before another fan intervenes to make sure the kid received it. 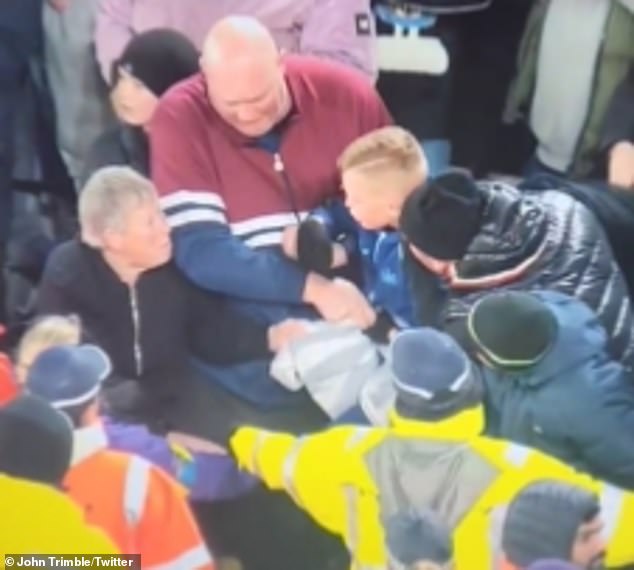 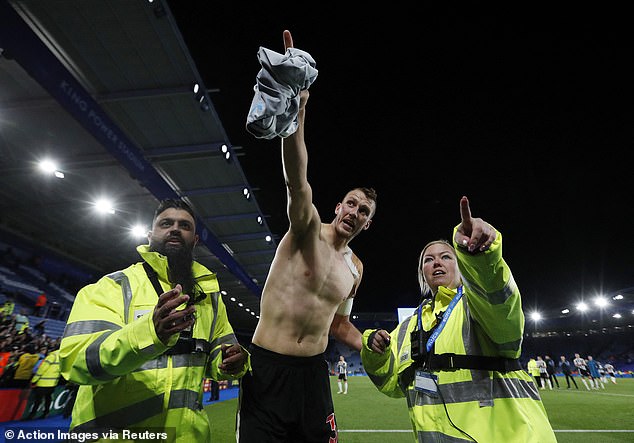 After Newcastle beat Leicester 3-0 on Boxing Day, defender Dan Burn gave his shirt to a child 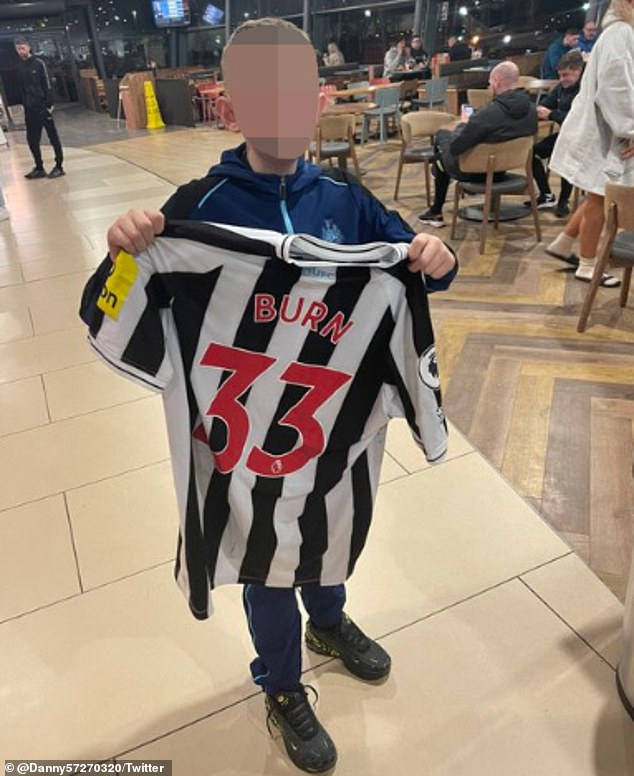 The Twitter video, with the caption ‘Newcastle fan trying to steal a shirt from a kid… lovely Christmas spirit’, displays an older lady clutching on tightly to the jersey, with her hand in a vice-like grip around it as the son and his father look to keep hold of it.

One supporter in the middle then tries to lever it out of the woman’s grip, pointing at the boy to indicate he is freeing it from her grasp for the child, as the tussle continued.

Most will be pleased to know that the boy eventually got the prize after the shocking tug-of-war, with stewards forced to step in to mediate the dispute.

A picture underneath the tweet, seeming to show a message from the boy’s mother, said: ‘The bloke in the red was getting the shirt for my son but the lady was trying to snatch the shirt from my son’s arms, but the stewards got involved and got the shirt.’ 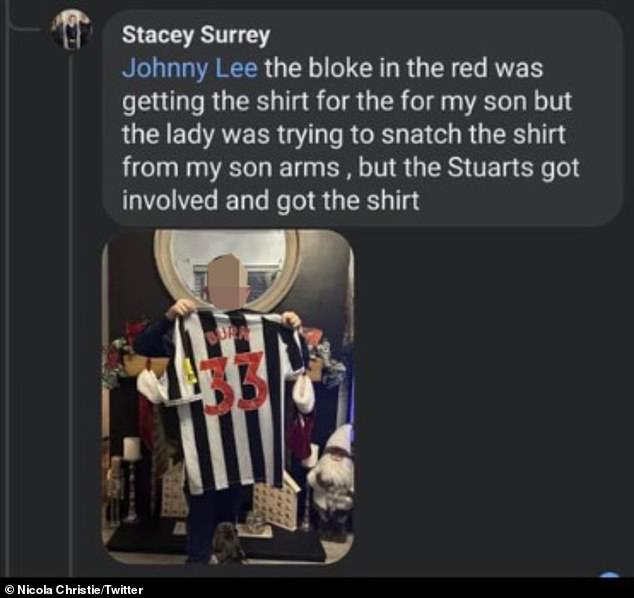 A message, apparently from the boy’s mum, clarified that the stewards had to get involved

And fans quickly took to Twitter to condemn the ‘shameful’ and ‘disgraceful’ actions of the lady on the left.

One said: ‘Absolute tramp,’ with another simply adding ‘unbelievable’.

A third continued: ‘Not so much a fan but a bully.’