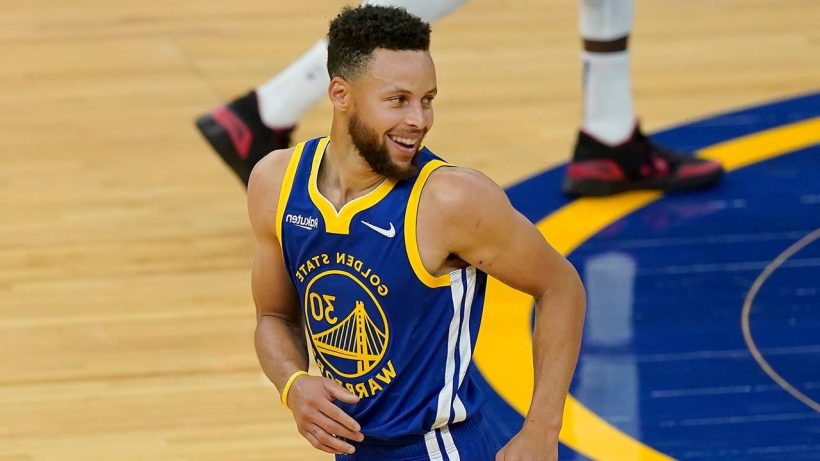 Steph Curry has been on an absolute tear as of late and it doesn’t look like he is slowing down anytime soon for the Golden State Warriors, who are the ninth seed in the Western Conference.

On Monday night, Curry erupted for 49 points — which included 10 three-pointers — in a 106-97 victory over the Eastern Conference-leading Philadelphia 76ers. The two-time NBA MVP scored 20 points in the fourth quarter and nailed 5-of-5 shots from beyond-the-arc over a six-minute span.

Curry’s numbers as of late have been jaw-dropping.

His value to the Warriors has been on full display this season, especially since the team has a pedestrian 1-7 record when he sits out. He’s also without teammate Klay Thompson due to injury, and Kevin Durant is now playing in Brooklyn for the Nets, so Curry has no choice but to shoulder more of the load as the key offensive player on the Warriors.

Here are some interesting numbers making a case for how dominant Curry is, and why he should be in the discussion for NBA MVP.

First off, in the win over the Sixers, Curry scored 30 or more points for the 11th straight game, which broke the late Kobe Bryant’s record of 10 straight games of a player 33 years or older to accomplish the feat.

It was also Curry’s fifth game of 40 or more points in the month of April, passing Bryant and Michael Jordan’s mark of the most 40-point games in a calendar month. Also this month, Curry is averaging 40.7 points per game on 55% shooting from the field, 50% from beyond three, and 91% at the free-throw line.

Curry, who is averaging the most points of his career (31.4 PPG), has six games with 10 or more 3-pointers this season. No other player has more than five games of 10 or more threes in their career.

As of Tuesday, the Warriors have a 29-29 record, and they are barely clinging onto a play-in game in the West, but without Curry, Golden State is likely another lottery pick in the NBA Draft.

If Curry continues this trend, he will definitely lead the Warriors to a playoff berth, and without question be in the conversation as the league’s MVP.