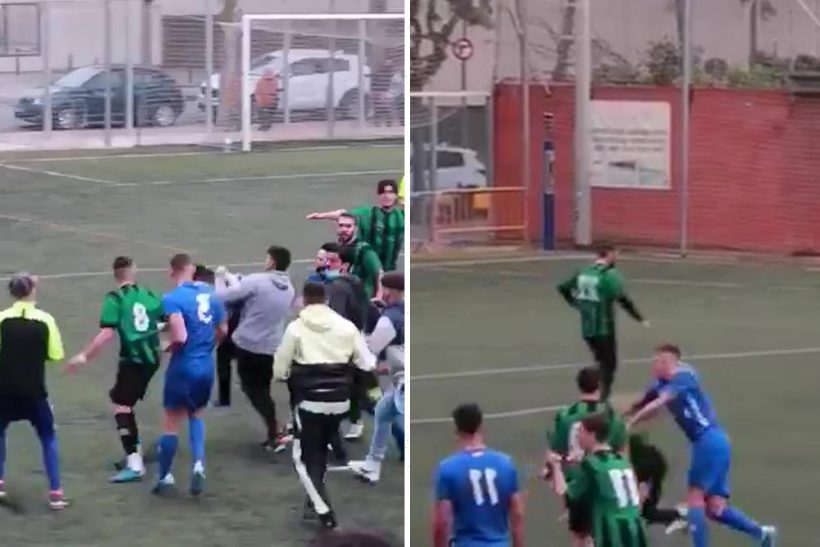 A FOOTBALL match had to be suspended after a fight broke out when a defender assaulted a member of the other team.

Fans bent on getting revenge stormed the pitch and got into a fight with the footballers, which ended with two women slapping and punching one of the players as he was led to safety. 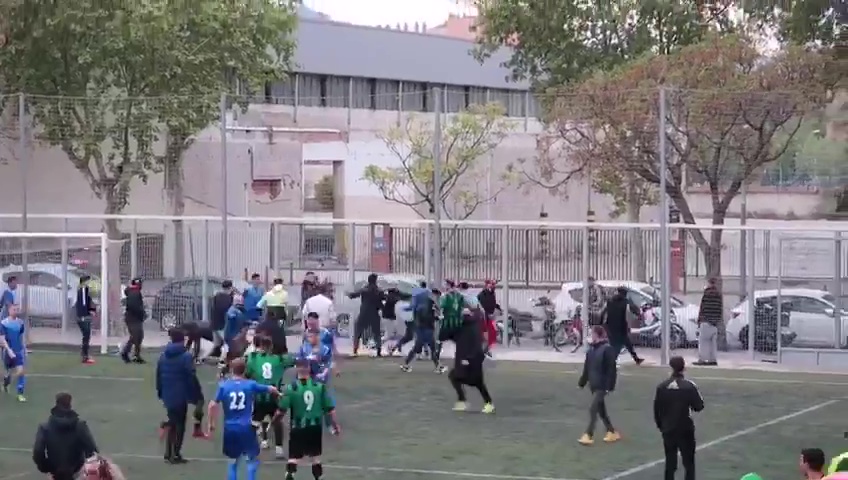 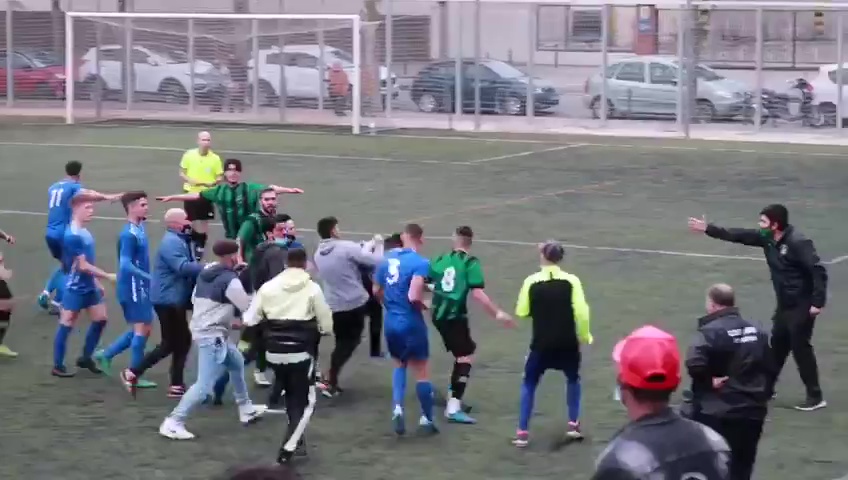 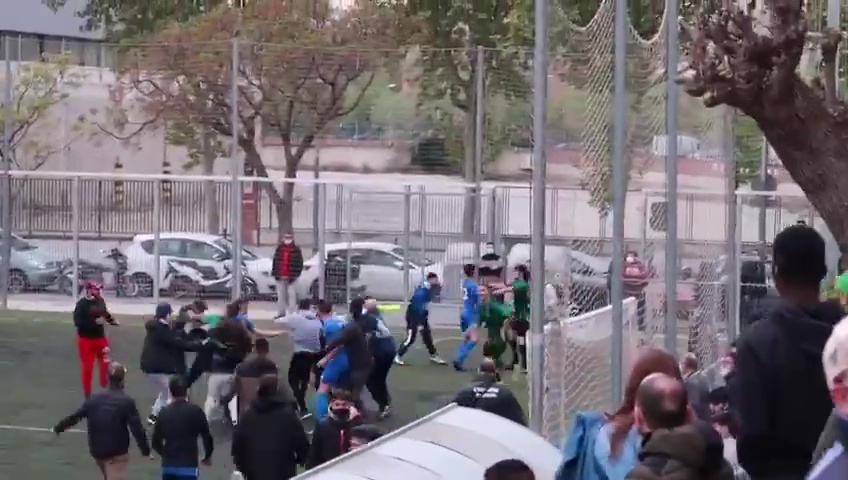 The ugly scenes erupted towards the end of a match on Saturday between Barcelona-based sides CEM Bon Pastor and UD Carmelo.

Away side Carmelo were winning 3-2 when the pitch invasion occurred after Bon Pastor’s No3 rushed up to a melee of players and pushed a rival aggressively to the ground, earning himself a red card.

Footage of the battle showed a young lad with a small rucksack rushing over to the defender from the stands and pushing him from behind before delivering a right-footed karate kick which appeared to miss its intended target and hit a Carmelo player instead.

A series of separate small fights broke out in the confusion, with some players and supporters appearing to try to act as peacemakers but others clearly contributing to the disgraceful scenes that followed.

Rodrigo Tejada, the Bon Pastor defender responsible for the aggression blamed for the pitch invasion, was filmed lashing out with two right-footed kicks as the teenager with the rucksack – who was the first fan to respond – was chased into a corner of the ground and assaulted.

The referee could be heard blowing the final whistle two minutes before full-time.

Two women ended up getting involved, punching and slapping Carmelo’s No3 as he was helped to safety by a team aide.

A match commentator summed up the scenes by saying: “We want football. We want spectators in the stands. 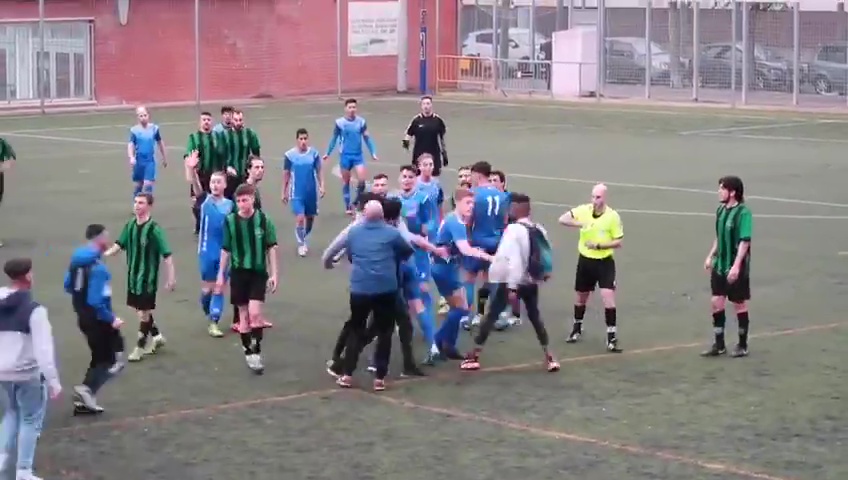 “But if they take it away from us, let’s not complain.”

Catalan football website CatalunyaFutbol posted the footage under the strapline: “This is not football.”

One sports fan reacted by saying: “I would expel both teams from the league, two years without promotion and a playing ban for every player and trainer for the rest of the season. Plus one year without spectators. Exemplary punishment now.”

Another added: “I’ve played football all my life in ‘good’ and ‘bad’ categories.

“The majority of problems are always started by some idiot from outside.

“I’ve got a young son and every time I see things like this, it puts me off letting him play football.”

Yesterday, a regional sports minister condemned the violence, saying he would ask the Catalan Football Federation’s Disciplinary Committee to consider an exemplary punishment as a matter of urgency.

There was no immediate response from either of the two clubs.

The Tercera Catalana is the third highest division in the autonomous community of Catalonia and the 7th tier of the Spanish football league system.

Games have been played in front of fans with pre-assigned seats and social distancing since March 15.