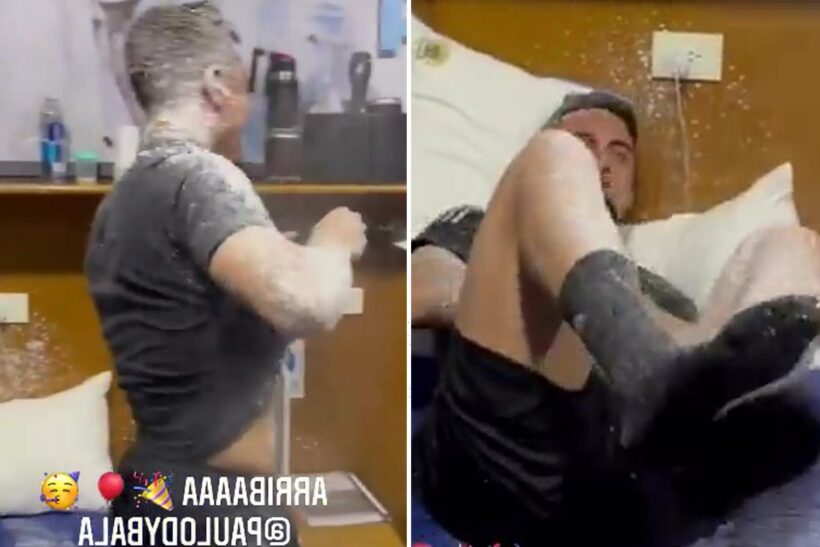 Dybala celebrates his 28th birthday today whilst on international duty with Argentina and was on the receiving end of the hilarious prank by his teammates.

Di Maria and De Paul hid outside Dybala's room before bursting in unannounced and singing happy birthday in Spanish, with Dybala laughing on his bunk.

He was then covered with foam by De Paul as his teammates whooped and sang to him, smothering both him and his bed with the foam as he laughed.

Someone blasted an airhorn in the background, which sounded like an out-of-tune recorder, and Dybala's teammates then cheered as they finished singing.

The Argentina camp appears to be in high spirits after they beat Uruguay 1-0 in Montevideo on Friday thanks to an early goal from Angel Di Maria.

Dybala, Di Maria and De Paul all started as Argentina sealed the three points to keep them second in the CONMEBOL World Cup qualifying table.

There was no place for Lionel Messi, however, who started on the bench and was brought on for Giovani Lo Celso late in the second half. 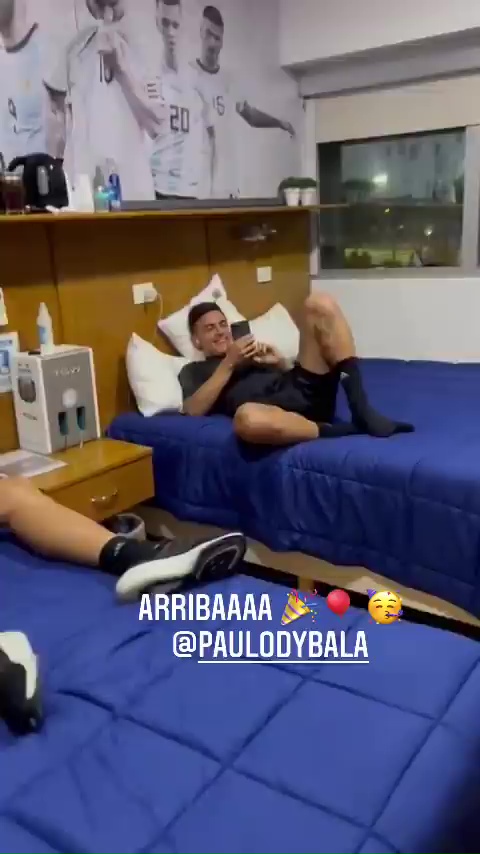 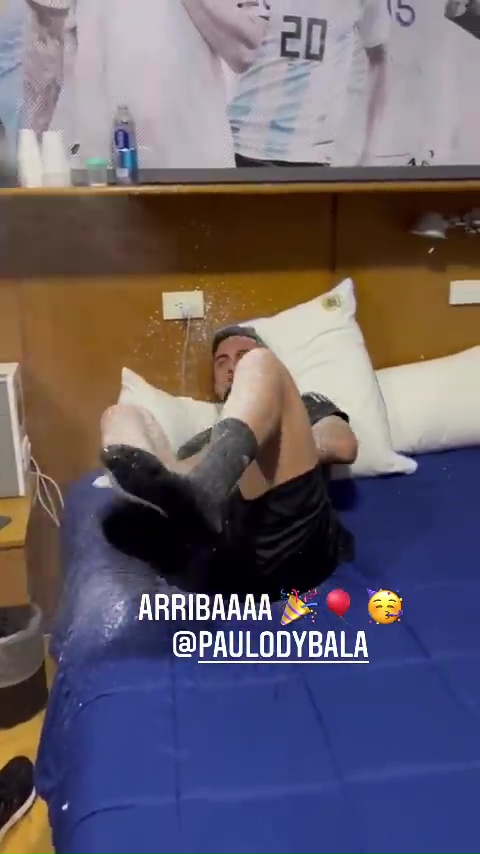 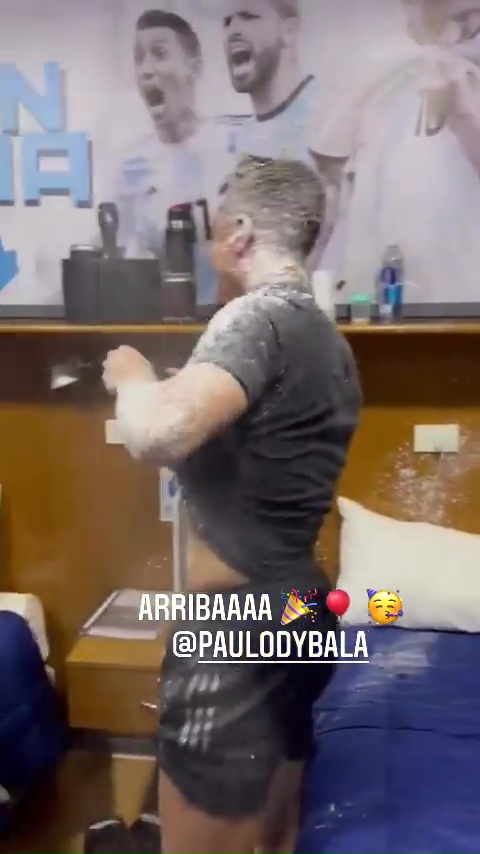 The win extended Argentina's record to a solid eight wins and four draws in their 12 qualifying games, with the chance to effectively seal qualification this week.

Lionel Scaloni's side take on historic rivals Brazil in San Juan on Tuesday and a win would put them 15 points clear of Uruguay in sixth, with five games to play.

Qualification for the World Cup is usually a formality for Argentina, having done so every year for over 50 years – since Mexico 1970.

The two-time World Champions will be looking to add their third next year in Qatar, which will likely be Lionel Messi's last chance to lift the famous trophy.

He finally got his hands on the Copa America in an emotional 1-0 victory against Brazil in Rio de Janeiro this summer – having finished runner-up three times.

Argentina star Paulo Dybala's Juventus deal is due to expire at the end of this season, but he is reportedly close to agreeing new terms with the club.

"The agreement is at final stages – not signed yet but more than advanced. Last details to be fixed soon."

According to Gazzetta dello Sport, the final details are being ironed out on a three-year extension worth £8.4million a year.