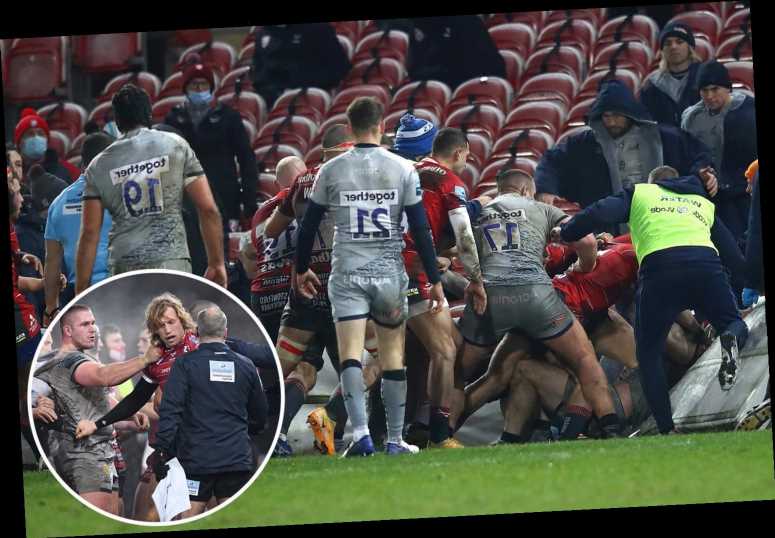 FORMER England star Billy Twelvetrees sparked a 30-man brawl by pushing over a waterboy late on in his Gloucester side's defeat to Sale Sharks on Saturday.

The 22-cap fly-half was desperate to get the ball back in the dying embers of the match at Kingsholm, after seeing his side surrender a commanding lead late on. 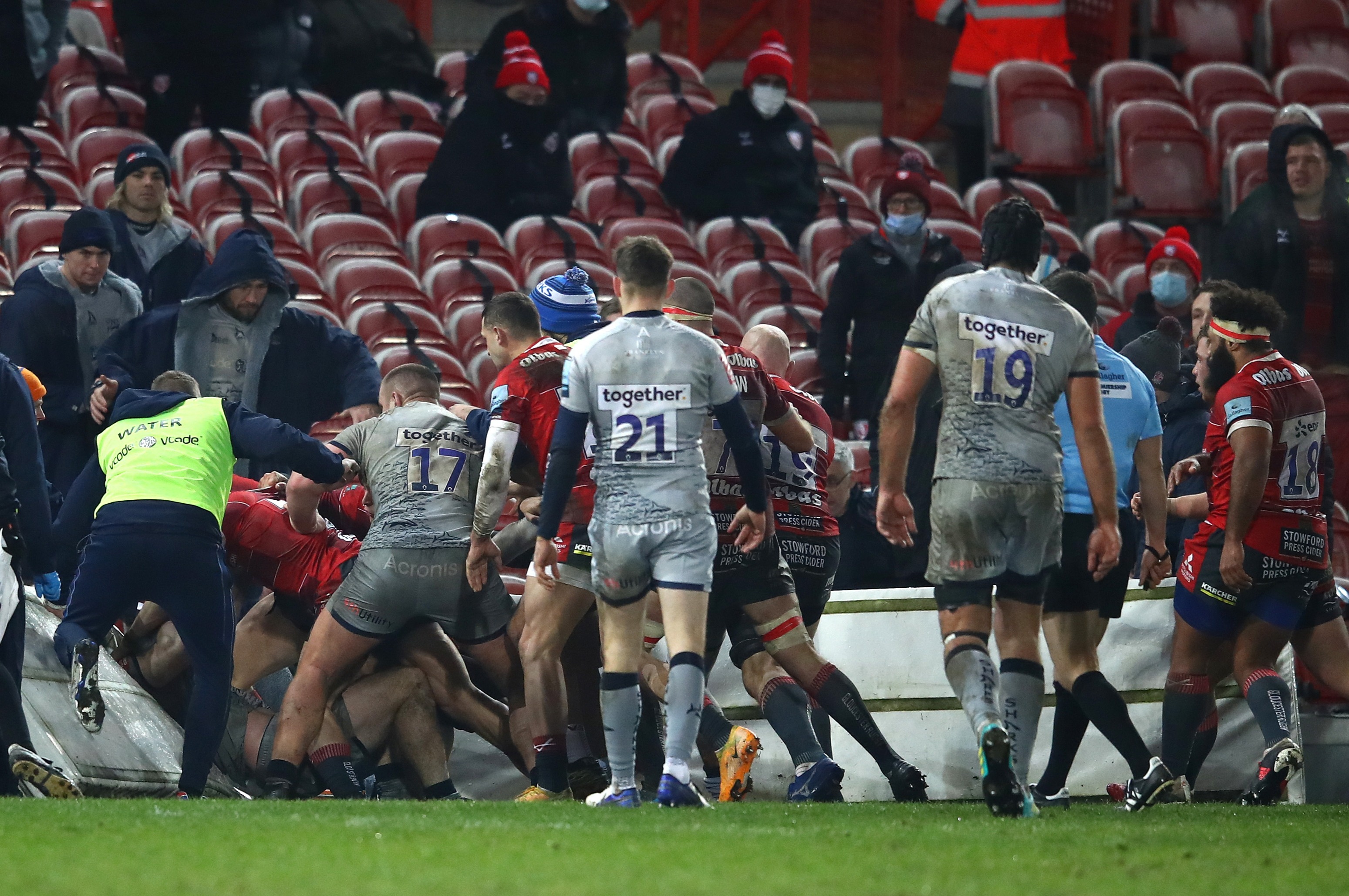 But he let his emotions spill over, shoving a waterboy over in frustration.

Current England flanker Tom Curry was not impressed at all, coming to the water carrier's defence by shoving Twelvetrees, 32, to the ground.

All hell then broke loose, as players from both sides tried to separate the two huge men.

But then another strand of the brawl appeared to breakout into the stands.

Wing Marland Yarde appeared to be at the heart of it, with BT Sport's commentator claiming that he'd seen a 'headbutt' thrown, without specifying whether Yarde was the victim or the aggressor.

Twelvetrees, by this point not part of the central melee, threw one last shove, before almost comically shaking another opponent's hand as if nothing had happened.

But he could face further sanctions. 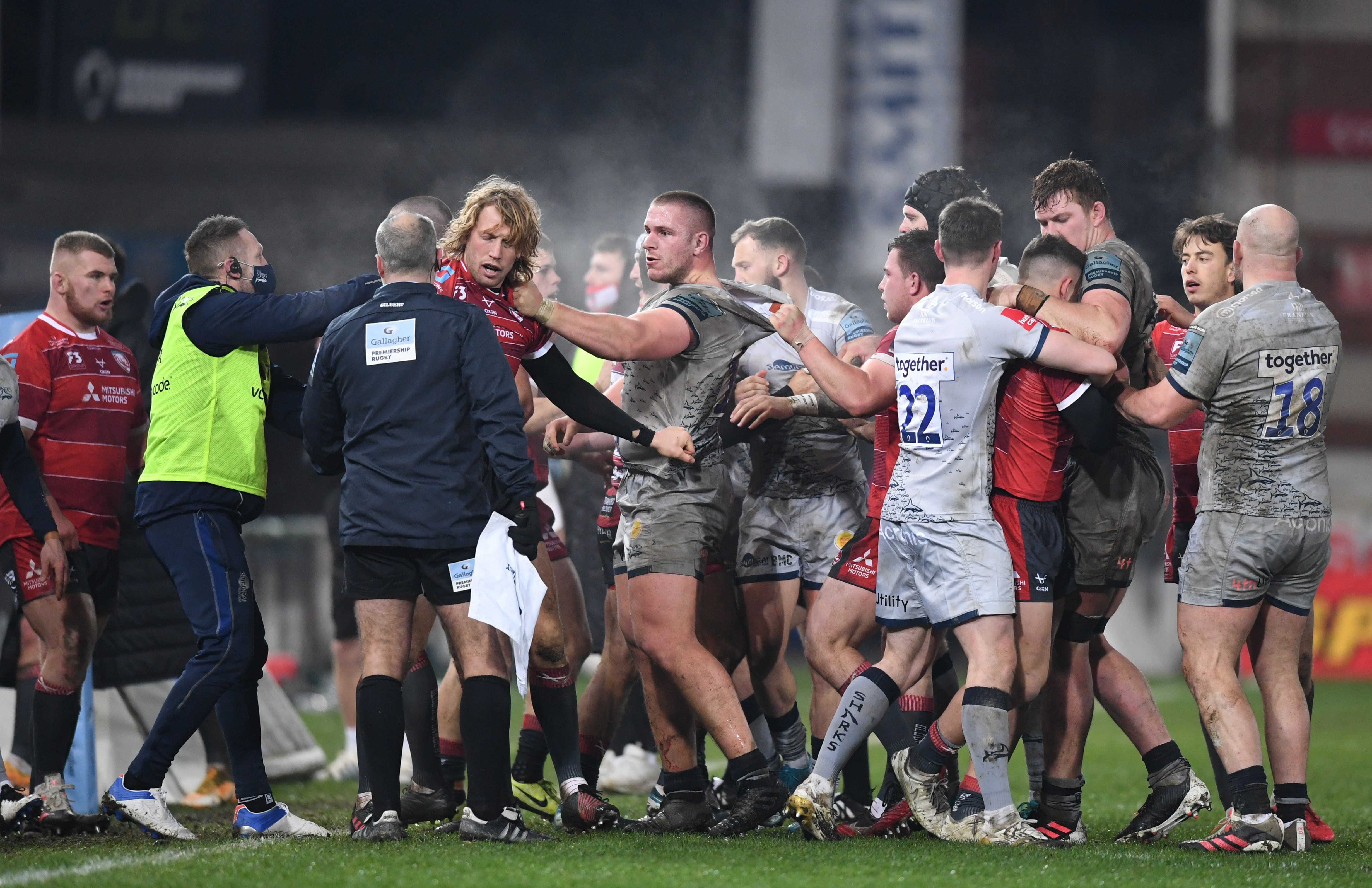 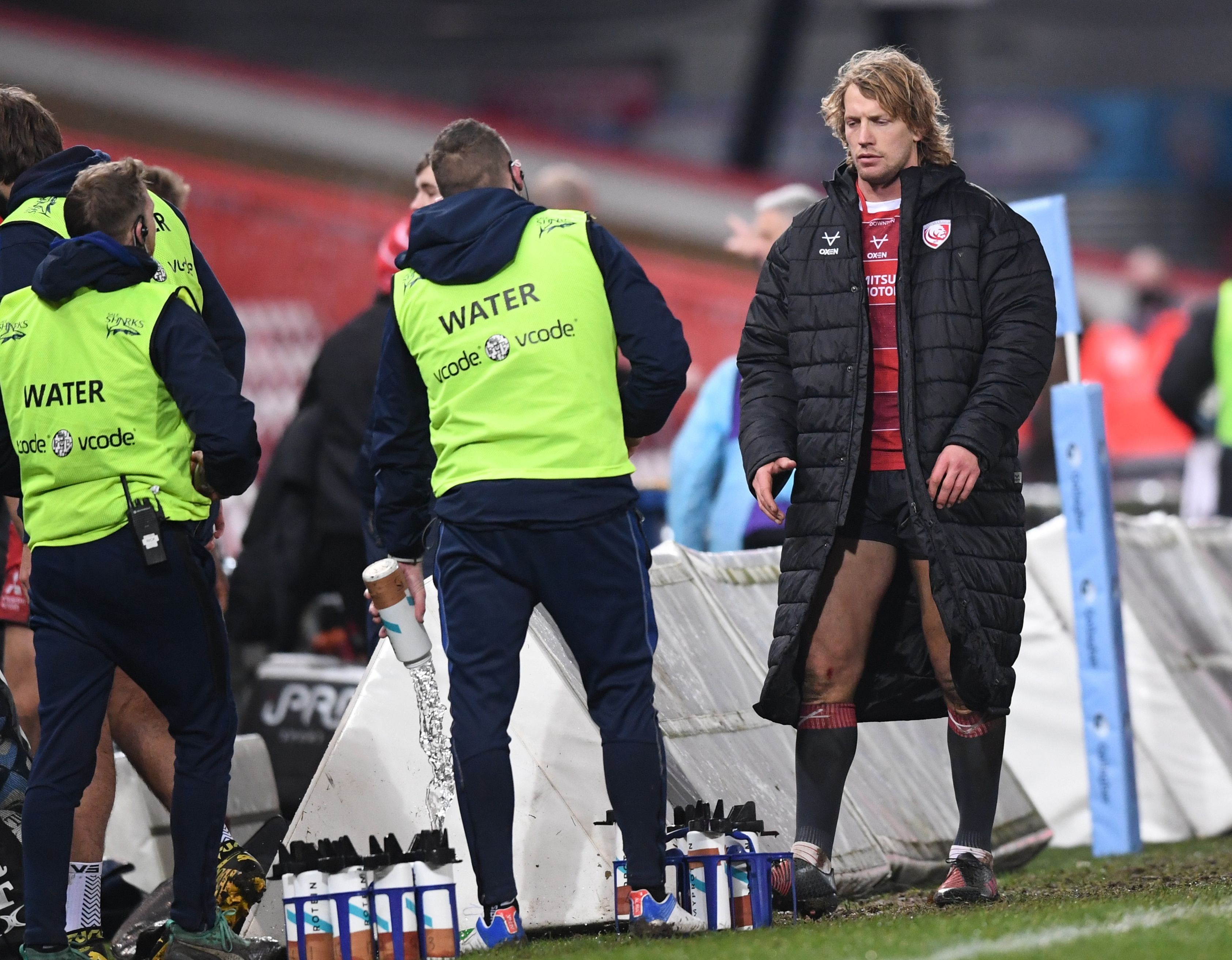 Bottom side Gloucester had led 16-6 in the first half, as they desperately tried to lift themselves off the bottom of the Premiership.

But they went on to let Sale chip away at their lead, before a 78th minute try condemned them to their fourth defeat in their opening five games.

Sale, meanwhile, are fourth in the early standings.