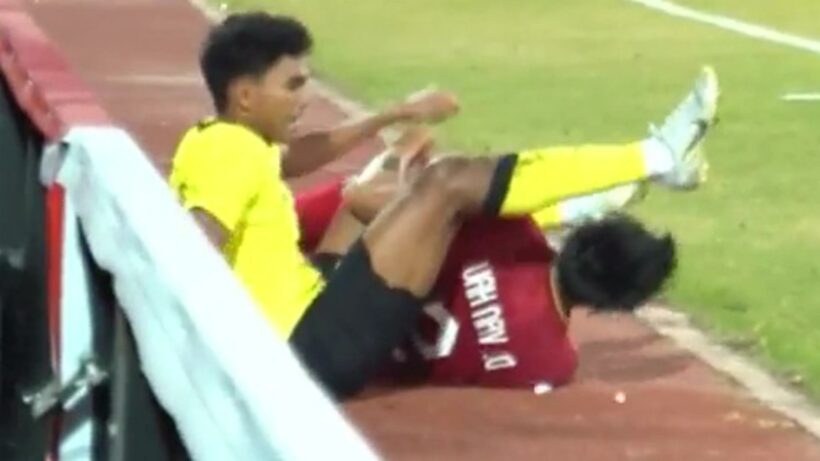 FANS and players were left stunned when a penalty was given for a foul OFF the pitch.

But the referee made the superb decision with a perfect application of a little-known football rule. 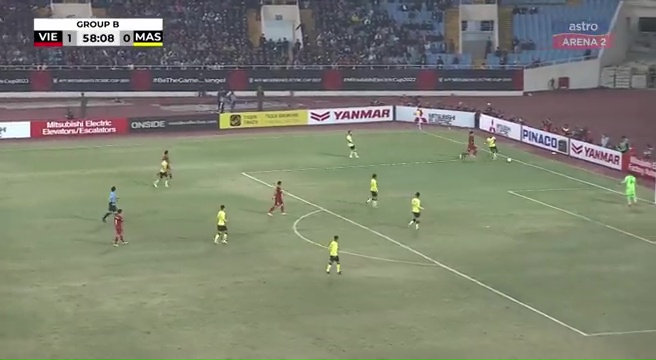 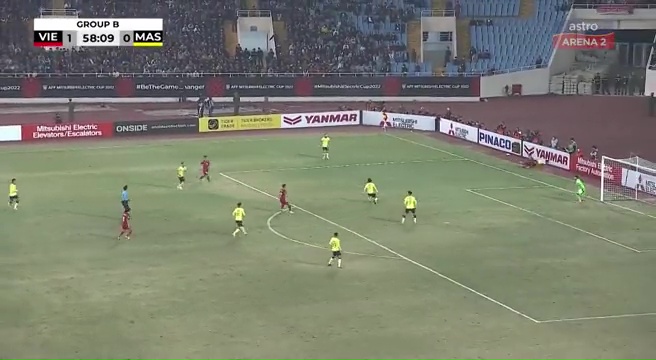 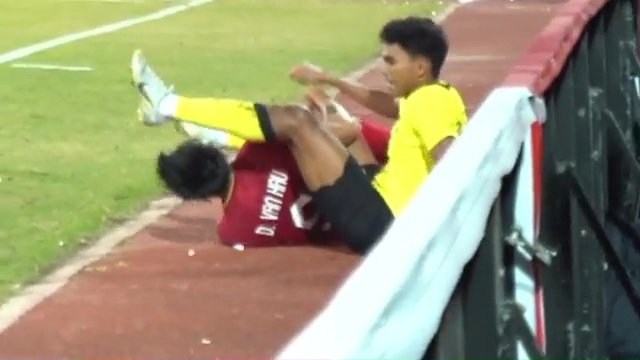 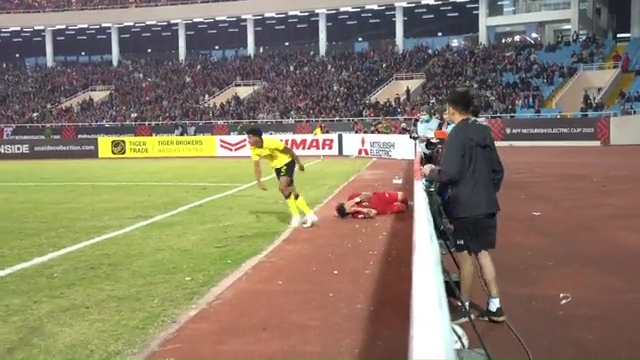 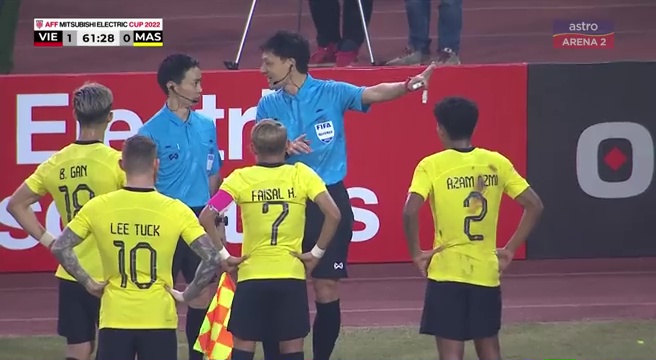 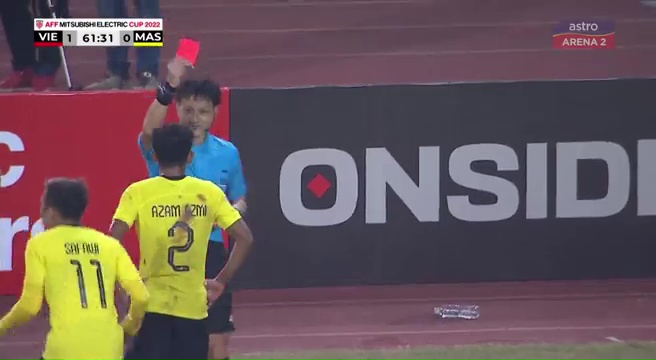 The home side led 1-0 but were down to ten men after just 32 minutes.

But it all kicked off in the second half, sparked by a moment of madness from Malaysian right-back Azam Azmi.

Azmi, wearing the yellow of Malaysia, was tackled late by a Vietnam player as the defender tried to clear his lines from his own penalty area just after the hour mark.

The ball stayed just stayed in play as the game carried on.

But the Vietnam attacker and Azmi slid off the pitch and tussled against the advertising hoardings.

The crowd in Hanoi roared furiously after a flashpoint out of camera shot – reportedly a kick out from Azmi in retaliation for the initial coming together.

The 21-year-old defender trotted back on to the pitch as his opponent stayed down hurt.

And ref Sato spoke with his assistant before brandishing the red card and awarding a penalty.

The Malaysian players were furious as captain Faisal Halim pleaded his team-mate's innocence.

Some felt the call was harsh and the free-kick should have first been awarded for a foul on Azim.

However, once the referee deemed the foul to have been committed by Azim behind the byline, the penalty was the correct decision.

Law 12.4 of the Ifab rules states: "If, when the ball is in play, a player commits an offence against a match official or an opposing player, substitute, substituted or sent-off player, or team official outside the field of play, play is restarted with a free-kick on the boundary line nearest to where the offence/interference occurred; for direct free kick offences, a penalty kick is awarded if this is within the offender’s penalty area."

One fan wrote on Twitter: "Not a red that’s for sure."

Another commented: "Even if it was a red card (doesn't look like it), isn't it a foul before from the player in red? If you want to give the penalty you surely have to get back to the foul that happened two seconds before that?"

But a third replied: "You can see the retaliation in the replay. The Malaysia player brings his leg down on the Vietnamese player across his head. Good call in my opinion."

Quế Ngọc Hải converted the spot-kick to make it 2-0 before Nguyễn Hoàng Đức added a third seven minutes from time to take Vietnam top of Group B.

The Golden Star Warriors, who beat Borussia Dortmund in a friendly during the World Cup, thrashed Laos 6-0 in their opening match and the two-time champions look on course to qualify for the semi-finals of the South-East Asian tournament.