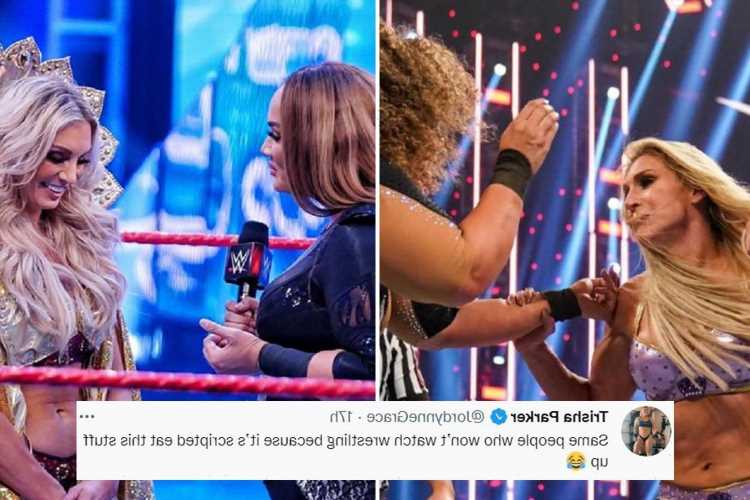 THINGS appeared to get very real as Nia Jax and Charlotte Flair seemingly got into an unscripted shoot fight on Monday Night Raw.

The two women stole the show on the latest instalment of WWE’s red brand – but it might not be for the reason Vince McMahon wanted. 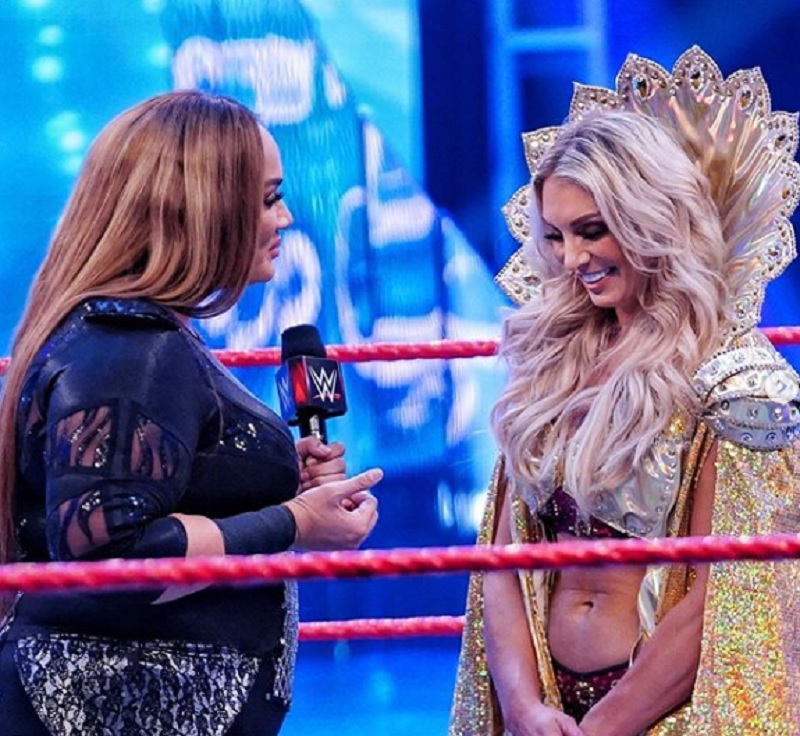 Raw Women’s Champ Flair shared a long staredown with Jax in the ring before the stiff match left viewers wondering whether there is a real-life issue between them.

After a normal start to the contest it suddenly exploded halfway through.

Flair hit Jax with a rough neck snap as she jumped off the ring apron to which Jax would respond by slamming The Queen several times, with one time seemingly straight on her head.

The bad blood appeared to boil over as they finished up literally hitting each other in the face and pulling hair.

A slap to the face delivered by Charlotte seemed to kick things off and neither sold one of the other’s moves for at least 30 seconds.

It was Jax who claimed the win over the champ with a powerful body slam.

Suddenly it seemed as though the fight was no longer part of the script and a host of people watching took to Twitter to agree.

One wrote: “Nia Jax vs. Charlotte Flair was the weirdest match I've seen in a while. Uncooperative? Lost? A shoot?

“At one point it looked like they were about to legit beat the tar out of each other.”

Another commented: “That looked stiff! Charlotte Flair vs Nia Jax was great. A lot of shoot it looked like #WWERaw.”

A fellow fan asked: “Is this a shoot fight between Charlotte Flair and Nia Jax?”