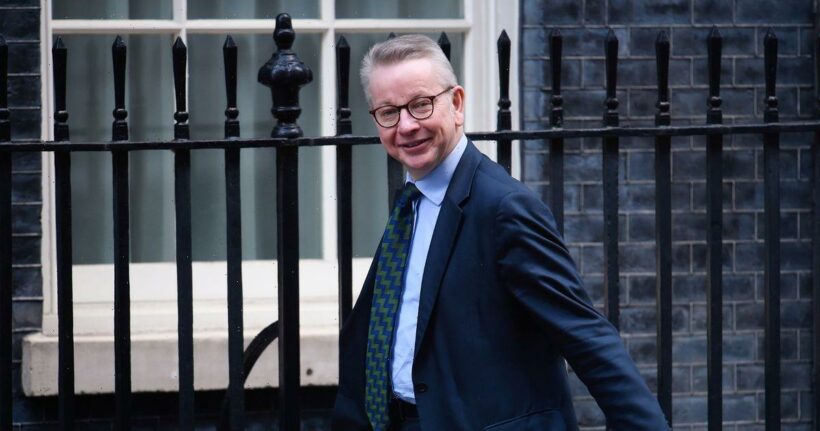 Michael Gove has recently sent the nation into hysteria after being was spotted raving at a nightclub in Aberdeen, and the Good Morning Britain team have had a few words to say about it.

The conservative MP reportedly turned up by himself and was filmed by onlooking party-goers who found the scene hilarious.

Political commentator Andrew Pierce featured on Tuesday's programme and described another experience he has personally had with watching Michael's moves in the past.

"He was so bad, not two left feet, about five. He was punching the air, it was just extraordinary.

"So, when I saw this yesterday I thought I've seen this before. I like Michael very much but do not go on a dance floor Michael Gove."

Political journalist Kevin Maguire also chimed into the conversation to say: "He looks like a puppeteer and someone is pulling his strings and they've all gotten mixed up."

Andrew then followed this up by saying: "Politicians shouldn't dance in public." "John Prescott, great dancer, but remember Theresa May walking in on the stage dancing to Abba at the Tory party conference?

GMB host Charlotte Hawkins then joined in and said: "It has sparked a debate this morning we will be asking if over 40s should be banned from nightclubs."

"We have done a poll on this and 83% say over 40s shouldn't be banned from nightclubs."

The programme tweeted out the poll and said: "Michael Gove has gone viral after he showed off his dance moves at a nightclub in Aberdeen.

"According to reports, the 54-year-old Chancellor of the Duchy of Lancaster spent hours dancing to the music.

"But, should over 40s be banned from nightclubs?"

One said: "No, why should there be an age limit on nightclubs? Over 40 isn’t old & we were in them whilst today’s generation were having nappy changes and bottles of milk!"

While another said: "Good on him. Why should it matter what your age or profession is to prevent you from being able to go out to a bar or club and having a dance."

While a third penned: "I'm 40 next month and have only just started living my life, I have years of dancing ahead of me! Don't be so silly!"