A father whose two young children were allegedly kidnapped from their suburban Melbourne home says his family are doing well but are unlikely to live at the property again given the memories of the ordeal.

Adilla Wally, 5, and her three-year-old brother Bilal, were at home with their mother on August 23 when Jiangang Ji allegedly entered the Blackburn North property with a knife and took the two children, leaving in the family’s $50,000 black Mercedes-Benz. 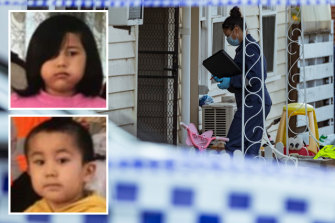 The children’s mother was allegedly assaulted during the incident and was hospitalised. The siblings were later found at a property about five kilometres away in Mitcham, about 10 hours after they had been taken.

A week after the alleged kidnapping, the children’s father, who did not want to be named, told The Age he was doing OK as he collected some belongings from the Blackburn North home with a friend on Tuesday.

The family is not currently staying at the house where the alleged kidnapping occurred and the man said he didn’t think they would return to live there again.

He said his wife and children were doing well. “They’re good.”

Asked whether he knew the man who was charged, the father said: “I’m not sure, you would have to speak to police about that.” 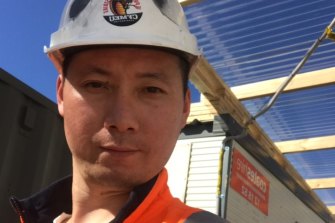 The father works in construction and was at work at the time of the alleged kidnapping.

The alleged offender, Mr Ji, faced court last week after he was arrested at his Mitcham home by heavily armed police from the Special Operations Group on the night of August 23.

The Melbourne Magistrates Court heard Mr Ji knew the victims and that he had allegedly detained the two children with the intent to demand a $1 million ransom.

The court documents also show Mr Ji was allegedly in possession of a knife at the time and also took a Telstra SIM card from inside the property.

Three other people were arrested at the Mitcham property and questioned but later released without charge.

Neighbours said the arrests were dramatic, with one woman telling The Age she heard a car roaring down the driveway next door.

“I could see the lights, and straight away they were telling them to get out, to get on the ground. One of them arrested was howling and crying. Just kept whimpering and crying.”

She said she then saw the children being carried to a car by police officers.

“I saw the kids carried away, you could see the police carrying them and saying, ‘You’ll be fine, you’ll be safe now’,” she said.

After the children were reunited with their parents, police said they were in good spirits and displayed “resilience beyond their years”.

“They were really quite remarkably docile and at peace with things,” Commander Mick Frewen said last week.

Anyone with more information is urged to contact Crime Stoppers on 1800 333 000 or visit crimestoppersvic.com.au.