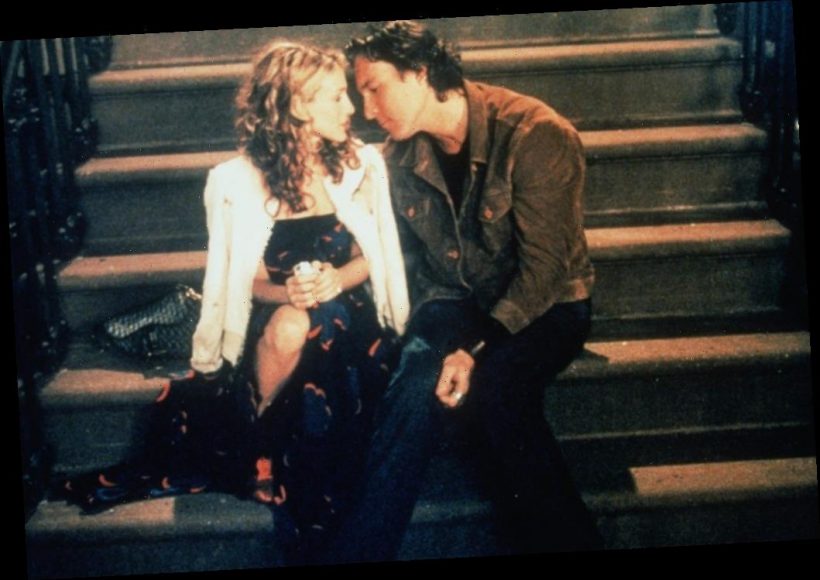 For six seasons Sex and the City fans watched as Charlotte York, Carrie Bradshaw, Miranda Hobbes, and Samantha Jones tried to find love in New York City. Throughout the show’s 94 episodes, they had more than a few false starts. Sex and the City writers seemed to go out of their way to prove that a love match that was “good on paper” wasn’t necessarily a perfect partner. Do you remember these three love connections that seemed good but ultimately failed?

Aidan Shaw was sweet to Carrie, but they couldn’t make it work

Early in Sex and the City’s six-season run, Carrie met Bradley Meego, a doctor that she insisted was “good on paper.” The pair never dated because Carrie was lukewarm about him, even though he seemed like a catch. Later, she would meet the ultimate “good on paper” guy in Aidan Shaw.

Aidan was good-looking, self-sufficient, and incredibly kind-hearted. He was crazy about Carrie and wanted to make room for her in his life. Still, she couldn’t shake the feeling that he wasn’t the right person for her. Ultimately she was right. Aidan was not the perfect guy for her, despite all of his good attributes. Aidan critics, however, will argue that he was toxic, too. Still, he seemed like a good catch.

Trey MacDougal had everything Charlotte York thought she wanted, but their marriage still ended in divorce

Charlotte thought she found her happy ending with Trey MacDougal. She was so sure that she agreed to marry him after knowing him for just a few short weeks. As Charlotte said on multiple occasions, Trey seemed like the perfect package. He was from a wealthy family, he was handsome and well-mannered, and he was a successful doctor. It would seem that Trey was absolutely everything Charlotte was looking for.

In the end, their marriage was doomed from the start. Trey was “good on paper,” but he and Charlotte just didn’t fit together, despite their similar upbringings. Charlotte went on to find love with Harry Goldenblatt, a man who didn’t check any of the boxes on her list for her perfect partner. He turned out to be perfect for Charlotte, though.

Mr. Big’s marriage to Natasha lacked the excitement he craved

After his complicated and unstable relationship with Carrie, Mr. Big made a complete 180 and married Natasha. Natasha was much younger than Carrie, and while fans didn’t learn a ton about her, it was obvious she was a “good on paper” fit for Mr. Big. Natasha was from high society, she understood the world he ran in, and she wasn’t overly emotional and didn’t create scenes. She was exactly the type of woman that he should have wanted to be with.

Natasha and Mr. Big weren’t happy together for long. After only seven months of marriage, Mr. Big began an affair with Carrie. When Carrie questioned him about his sudden reappearance in her life, he informed her that while he thought he wanted “beige,” it didn’t quite fit.