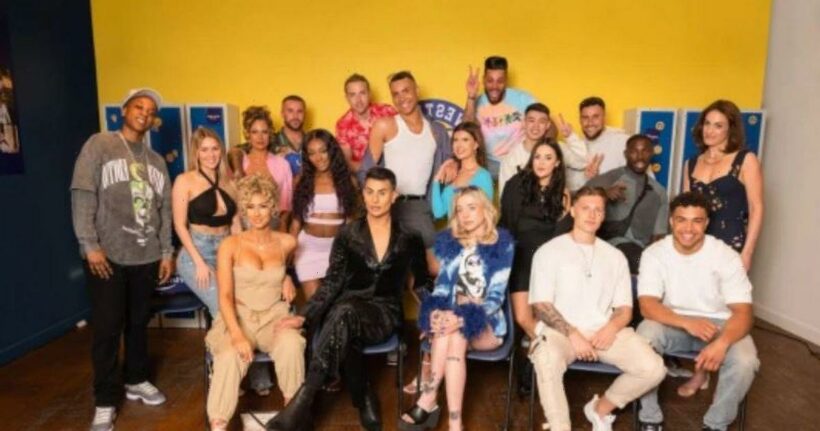 Lovestruck High is the new dating show with a difference and is being showcased on Amazon Prime Video.

Amazon Prime's newest series sees a group of 17 singletons sent back to school in a bid to live out their US high-school fantasies.

The lucky singletons will get the chance to date their classmates in the LGBTQIA+ inclusive series, while trying to avoid detention, getting ready for prom and practising their cheerleading moves.

Narrated by Lindsay Lohan, fans will follow them through all the ups and downs, as not all of them will make it through the semester.

Who is in the cast of Lovestruck High?

Rom com legend Lindsay has been snapped up as narrator.

In the noughties, Factress Lindsay made a name for herself by starring in hit flicks such as Mean Girls, Freaky Friday and Just My Luck.

Principle Nelson has the tricky job of monitoring behaviour at Lovestruck High and keeping all her students in check.

Students will have to adhere to her strict standards and if they don't play ball while on the search for love, they could be at risk of expulsion.

UK viewers will almost certainly recognise comedian and actress Ria, who has appeared on programmes such as Yesterday, Today & The Day Before, Mock The Week, Steph’s Packed Lunch and Have I Got News For You.

Stand-up comedian Russell Hicks has the role of Coach Hughes and is set to put the students through their paces in gym class, where their sporting abilities will be put to the test.

His website says: "From the moment he steps on stage crowds are hooked by his infectiously rebellious personality and unapologetic style as he delivers entirely original comedy content right there in front of your eyes.

"Indisputably talented, there’s no comic quite like Russell Hicks."

Miss Kelly is the final member of staff who fans will see working in the classroom at Lovestruck High.

The American star has previously been part UK national tour of Catch Me If You Can and several minor TV parts in recent years.

These are the 17 singletons lined up for the show.

Geoff, 24, an events trader from Sandy

Huss, 28, a postman from London

Jess, 24, a fashion creative from London

Jodie, 28, a salon owner from Bolton

Max, 23, a personal trailer from Brentwood

Megan, 24, a professional dancer from Cambridge

Sin, 24, a security officer from Northolt

Theo, 21, a model agent from Bristol

Yasmine, 25, a model from London

Adam, 30, a car salesman from Norwich

Alex, 27, an accountant from Coventry

Basit, 27, a model and musician from London (originally from Dublin)

Chante, 24, a GP secretary from London

Charlie, 29, a property manager from Surrey

Dan, 23, a factory worker from Bridgend

When is it out on Amazon Prime Video?

The show is being released weekly, with episodes one to three launched on Wednesday 18 May.

For all the latest celebrity news, sign up to our daily newsletter here.