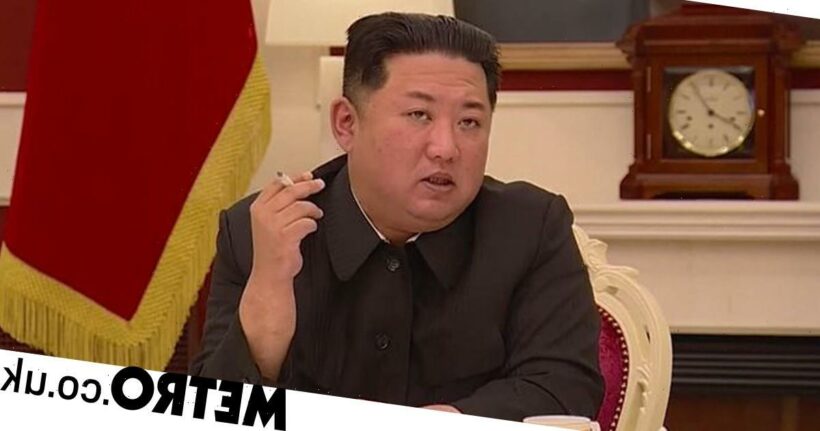 Footage shows Kim Jong Un smoking as he blames his own government and health officials for an ‘immature’ response to rising Covid cases and deaths.

North Korea admitted its first coronavirus outbreak last week, after claiming the country had been pandemic-free for the last two years.

In that time, the country has reported more than 2.4 million people struggling with a fever and 66 deaths.

He blamed this on local government’s attitude, reportedly telling a meeting on Saturday that that ‘immaturity in the state capacity for coping with the crisis’ are responsible.

The dictator also accused them of having a ‘non-positive attitude, slackness and non-activity’.

Now a video has come out where the dictator can be seen smoking a cigarette while he berates his own Workers’ Party.

However, Kim also went on to tell the Politburo (a policy meeting for a communist party) that the virus was being ‘stably controlled and abated’. 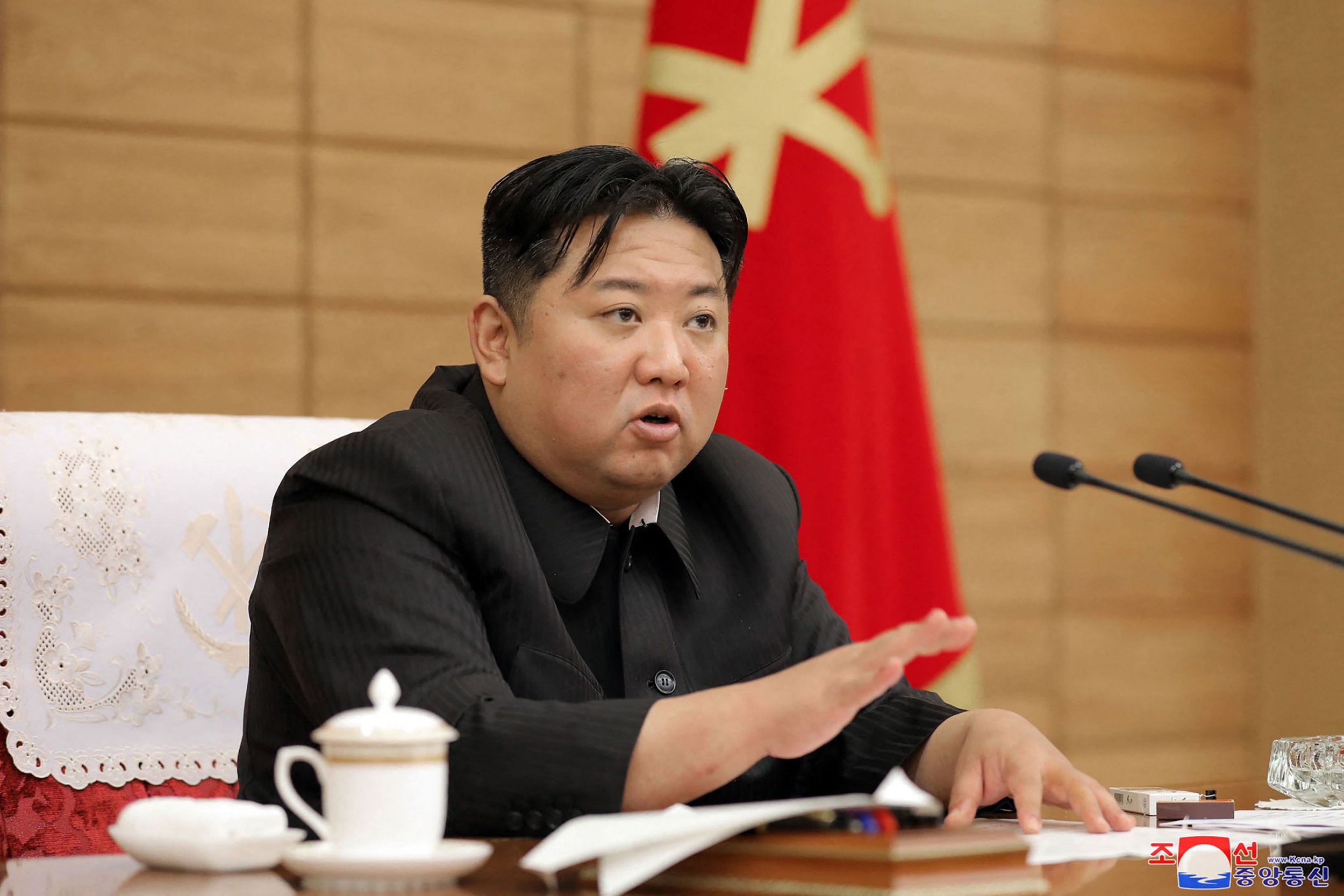 Kim insisted the country was starting to bring the outbreak under control and called for tightened vigilance to maintain the ‘affirmative trend’ in the anti-virus campaign.

This is all reported by state media outlet KNCA, which did not specify exactly what was said.

North Korea has sent out more than a million health workers to find people with fevers and then isolate them at quarantine facilities.

Strict travel restrictions have also been imposed, banning people from moving between cities and towns.

Thousands of troops have been deployed to keep the transport of medicine to pharmacies running smoothly.

Nevertheless, workers are reportedly still gathering at farms, mines, power stations and construction sites – as Kim has stressed his economic goals should still be met.

A coronavirus outbreak is likely to be a major headache for the leader who is running a country with an already struggling economy – under decades of mismanagement and crippling US sanctions.

Human rights activists have warned over how Kim’s management of a pandemic could likely have ‘devastating’ consequences for the people of North Korea.

South Korea has offered to send medical supplies over to its neighbour but Kim is yet to respond.