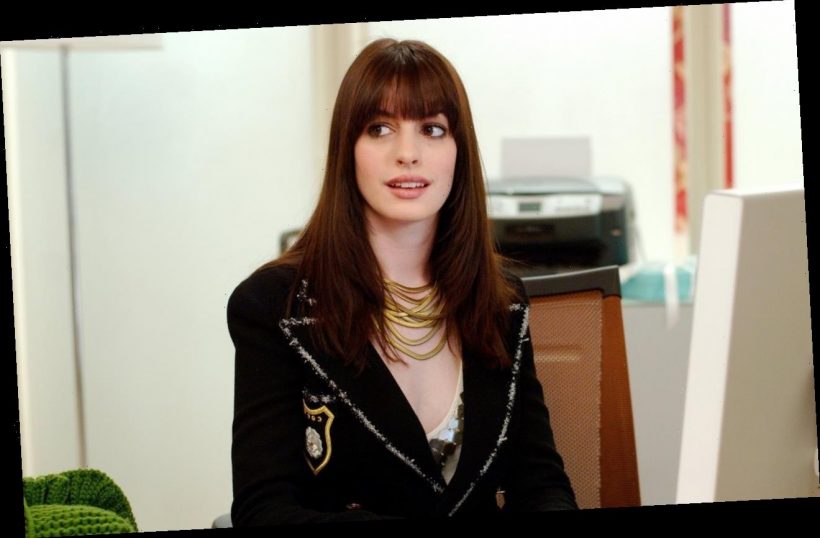 The Academy Award winner makes the revelation about her notable role in the 2006 film when sharing words of encouragement to the contestants of ‘RuPaul’s Drag Race’.

AceShowbiz –Anne Hathaway has confessed she was the ninth choice for the lead role in her hit movie “The Devil Wears Prada“.

The actress starred as magazine assistant Andy Sachs in the 2006 film, opposite Meryl Streep and Emily Blunt, but Anne claims she could have easily missed out on the part.

Speaking to the contestants of TV talent show “RuPaul’s Drag Race“, Anne explained, “I will give you some tea [gossip], I was the ninth choice for ‘Devil Wears Prada’. But I got it! Hang in there, never give up.”

Rachel McAdams reportedly turned down the role, while Claire Danes and Juliette Lewis were also considered, before Anne was finally offered the job.

The “Les Miserables” star has previously admitted she wasn’t first in line for the gig, but she didn’t explain just how far down the filmmakers’ wish list she had been for the role of Sachs.

And, although Anne loves the movie, she doesn’t think there should ever be a sequel.

She said, “I’m not sure if ‘could [there be a sequel?]’ is the right question. Should there be? I’d love to make a movie with all the people again that’s something totally different. But I think that one might have just hit the right note. It’s good to leave it as it is.”