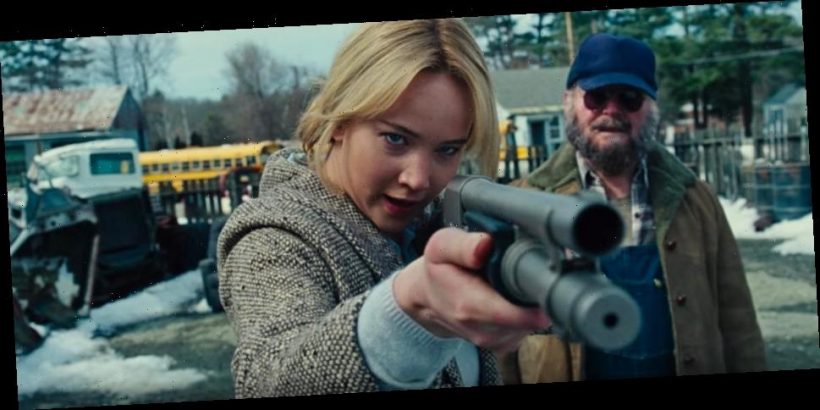 Released in 2015, Joy was yet another film from the team of director David O. Russell and star Jennifer Lawrence. It was also a genuinely bad, overwrought movie, with Lawrence completely miscast as Joy Mangano, inventor of the Miracle Mop. While Russell received the sole screenplay credit on the finished film, he had actually rewritten a script by Annie Mumolo, co-writer of Bridesmaids. Now, six years later, Mumolo has weighed in on what happened behind-the-scenes, calling it a “heartbreaking experience.”

After landing an Oscar nomination for her Bridesmaids script, Annie Mumolo was a writer in demand. Which made her next script, Joy, a hot commodity. As THR reported back in 2015, Mumolo had spent a year working on the screenplay, which was based on the true story of Joy Mangano, creator of the QVC hit the Miracle Mop. The script eventually attracted the attention of David O. Russell, who was riding high following the success of Silver Linings Playbook and American Hustle.

And that’s where things went south. Russell rewrote the script, which isn’t uncommon for directors. However, he also sought sole credit for said script, despite the fact that Mumolo had spent so much time working on it. Mumolo fought for credit on the film via arbitration, and while the WGA did not award her a co-writing credit on the script, she did get a “story by” credit – alongside Russell.

Mumolo has kept silent on what happened for the last few years, but that changed when Mumolo and Kristen Wiig, who both co-wrote and star in the upcoming Barb and Star Go to Vista Del Mar, sat down recently for a joint interview with Variety. During the course of the conversation, Mumolo was asked about the Joy experience, to which Mumolo replied, “Oh boy. That was a toughie. It’s a tough business.”

Wiig jumped in to add: “A lot of times when you write something, or you’re writing for a producer or for a studio, it is that sort of writer-for-hire. You get your notes and you write and basically, you are writing what they want.” At this point, Mumolo elaborated further on the Joy situation, saying:

“The Joy movie was a very heartbreaking experience for me, and I had to just sort of separate because of that aspect of things. When it was going in one direction, we got a phone call overnight that there’s a change happening. And then I was asked to do things that were against my morality, and it was very difficult. When I didn’t feel comfortable doing those things that were against my values, I was lambasted. I can’t say too much. I guess probably because I was living in fear. It’s sort of a testament to the power of how in show business, people have a tremendous amount of power and what they can do with it and how they wield that power. Sometimes, the people who have so much power are people who shouldn’t, and in the normal world, they wouldn’t have that much power they’re being given.”

Mumolo isn’t naming names, obviously, but it sure sounds like the person with way too much power in this situation was Russell, a filmmaker who has a long history of controversies but who keeps landing big movie gigs because he turns out hits. Mumolo continued: “You almost can’t talk about certain things…I had many people approaching me at the time to come out and say things or talk about it. But then it was, ‘Oh no, you can’t because you won’t get hired.’ …I just kind of had to swallow it. It’s just one of those things about the writer’s position.”

All in all, this sounds like a terrible situation, and I have nothing but sympathy for Mumolo here. Mumolo and Wiig’s Barb and Star Go to Vista Del Mar arrives on February 12, 2021.