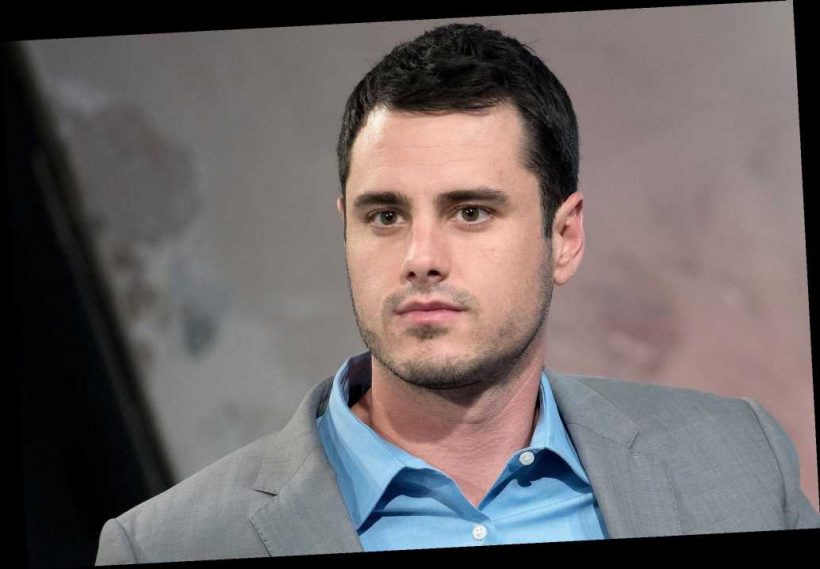 Ben Higgins is opening up about a tough period in his past — the painkiller addiction he secretly battled in high school and college.

During an episode of "Addiction Talk," a Facebook Live program hosted by American Addiction Centers, on Wednesday, the season 20 Bachelor star discussed his previous battle with prescription pain medications — which began after he underwent knee surgery as a teen — and how he was able to recover from the addiction.

"The Bachelor gave me an insight into what vulnerability can do when done in an appropriate way. Sharing things that I'd never shared before, especially on national television kind of opened me up to a whole new world," Higgins, 32, who first revealed the addiction in his new book, Alone in Plain Sight: Searching for Connection When You're Seen but Not Known, told host Joy Sutton during the virtual interview about why he is now choosing to share his story.

"And as I shared more and more about my life and my insecurities, it actually became the thing that connected me with others. … And so that gave me a new seeded kind of confidence in being vulnerable and then I knew there was one other thing that was really sitting there on my heart that I'd never shared — like you said, with family, with friends — was my struggle with addiction. And not just the addiction piece, but my struggle on where the addiction came from," he continued.

The addiction started when he was in high school, after Higgins had experimented with other pills. "When I was young … I was a sophomore in high school, we would experiment, like, we would find at the time, like Tramadol, and we would take a bunch of those. But then it kind of stopped. It wasn't really a thing in my life consistently after that."

Come his junior year, around the age of 16 or 17, Higgins was a football player who had his sights set on playing in college — that is, until he injured his knee and realized he wasn't able to play sports the same way ever again.

"For me, that was a turning moment where I realized my identity, the thing that I had always counted on was going to be taken away," said Higgins, who proceeded to have surgery and was given medication.

While taking the meds, "I was already struggling with this lack of identity," said Higgins. "And when I took the medication, I remember it being a numbing moment for me, like, when I was high, the depression or the mind, like, my mind wouldn't wander, it just made me feel number or more maybe, even I can say, like, at peace, and so I just took them then to just rid myself of the pain emotionally that was inside of me. That was the start."

At the time, Higgins didn't tell anybody about it and didn't think he had a problem. "I was obviously feeling some type of shame because I wasn't telling anybody about it, I was hiding it. … I think I just validated it. I think I continued to tell myself, 'I don't have a problem, that this is necessary, that this is the best thing for me right now.'"

The former ABC leading man also admitted "I was high all the time," sharing that "it was all different kinds" of meds. "Say it was like a Vicodin, it could be upwards of six to seven throughout a day."

"You know, it was just always all the time. And then the more I had, the more I'd take," said Higgins.

At the time, Higgins' parents didn't suspect anything as the medications were prescribed. "It's hard for them because they weren't around. I was in college for a lot of this, right? And then when I had my knee surgery, it was medically prescribed, so there was no concern there — I don't think they had any reason to ask."

Though the family did have "conversations" about "how dependent" Higgins was on the meds — "And I would tell them, like, 'I feel like I'm dependent. Like, I need my medication,' and that concerned all of us" — he left for college. "I had my knee surgery and then I had another medical issue … so I was prescribed painkillers for nine months of my life, like, had a prescription. And none of us really recognized then the problem that that would bring on."

Higgins said his friends also had "similar struggles," so it wasn't "taboo" or an issue to be brought up because many were struggling.

Eventually, Higgins acknowledged he had an addiction — but the realization came as "more of a slow fade," he said. For a while, Higgins said he was "okay with it" — but "over time," as he "started to feel a ton of depression, a ton of anxiousness around, 'Where was I gonna find the next pill' … and then doing that around friends and family who loved me, it started to click."

There was one pivotal moment that he remembers that led him to realizing he had an issue — taking pills from his grandfather.

"And then there was a final day: I took pills from my grandfather and I remember the moment," said Higgins. "I did and I remember doing it and walking out and I just remember this feeling of like, 'Who are you? Like, what is this about? Why are you still doing this? And you're taking something from somebody that needs it and someone that you love.' And that was I think the start of me starting to say, 'I need to start at least confronting it.'"

But "finally, it's a weird moment in my life where I was laying in bed for probably 24 hours straight and I went into the bathroom … and I looked at myself in the eyes … and just this like, calming but also this like, fire inside of me said, 'Ben, you're not the man you ever dreamed you could be.' And at that moment is when I officially decided I needed to get help," said Higgins, who started telling select friends and family about his issue.

While he doesn't know why he "was ready in that moment, I can't tell you there was a lot leading up to it, I don't know why it happened then," Higgins believes it was a divine encounter in his life. "I, you know, because of my faith would say that it was one of the moments that God has interacted in my life in the most loving of ways," said Higgins.

Though his addiction is a part of his past — "this wasn't just my high school experience," he said — Higgins recognizes "this still was a thing that I work through today."

Higgins — whose best friend from high school and one of his best friends from college died after overdosing — also said that his experience on The Bachelor "prepared" him for some of the "negative response" that he's gotten from sharing his story.

"It's been really weird to see negative response to the subject of addiction and recovery. It's been really saddening for me. But, at the same time, the Bachelor world, I guess in a weird way, prepares you for that. It's a pretty negative space," said Higgins. "So in a sense, like, I'm glad that I'm the one that can somehow take some of that on because I think I've been prepped for it, right?" Though he's overcome his struggle, Higgins is aware that he could be susceptible to falling into it again. "It is still something that is on my mind. Somebody asked me the other day on an interview I was doing how it feels to be recovered and I said, 'It feels good, but like, I know I could easily slip back into it,'" he said.

Staying healthy and implementing boundaries, as well as having a supportive group of people, has been important for Higgins' well-being.

He went on to say that although he's been sober for "nine years from painkillers," it is "still sometimes a battle and I've gotta fight and I've gotta implement boundaries and tools in my life to keep me healthy because I want to be healthy. I know what life looks like when I don't numb myself and I like that life and I want to stay on that, but it's still something that I battle with." Among the people who are supporting him in his ongoing sobriety is his fiancée Jessica Clarke.

"I think I told Jess very early on. I don't remember the exact moment, but I'm sure at some point, you know, we did long distance, so we talked on the phone all the time and so at some point you kind of dive into the nitty-gritty of life," he said about sharing his past with Clarke. "… I knew that this was somebody special to know my story, that was important for me for her to know my story and for me to know hers and for her to accept my story and live in my story with me, and me do the same to her."

Currently, the engaged couple is preparing for their wedding day, which is set to take place this fall.

"Wedding plans are a big deal. Our wedding's been pushed back a year, so we're getting married this November, which is super exciting. … I have the best fiancée and again I have the best family. I'm very, very lucky. They have been so supportive," said Higgins. "We're all celebrating this year that, you know, I get to get married. This is something that I'm very excited for, feel very at peace about. … I'd marry her tomorrow if I could or yesterday, maybe."

The lovebirds, who recently purchased a home together in Colorado, previously revealed their decision to not have sex until their wedding night. However, they didn't imagine that they would be waiting this long.

"It hasn't been ideal for us over the last year," Higgins told PEOPLE in January. "Because obviously, like I said, plans have changed pretty drastically over the last year. This wasn't a part of our plan, to wait for a year and a half. It had to happen due to COVID."