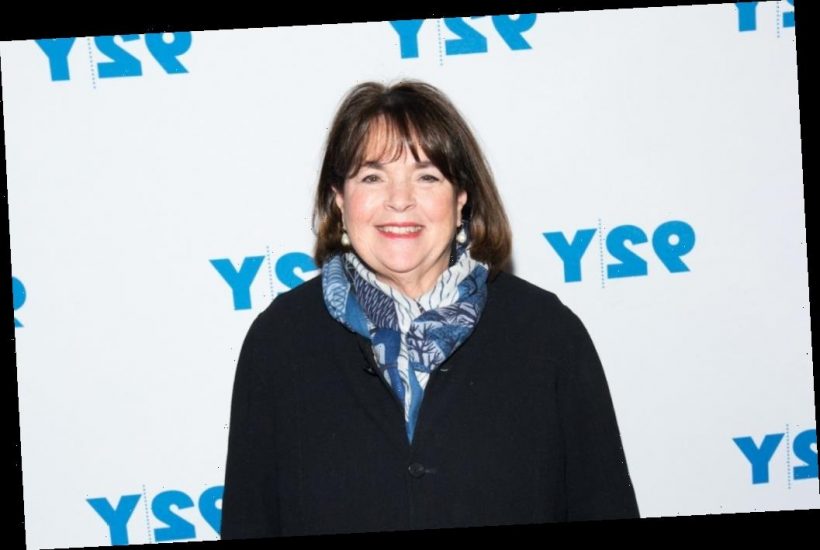 Ina Garten has been letting fans onto her East Hampton, New York, property since she began filming her Barefoot Contessa show back in 2003. But the Food Network chef has hardly shown any other aspects of her gorgeous home. When she did let fans in, though, it was nothing short of spectacular.

Barefoot Contessa has been one of the Food Network’s longest-running shows. The first episode premiered in 2006, and Garten has created a massive fan base through her simple cooking techniques.

Surprisingly, though, Garten doesn’t actually film the show from her home kitchen, though that’s what it looks like. It turns out she has a completely separate building on her property where she does all of her filming for the show. She and her husband, Jeffrey Garten, built a fully furnished barn behind their home, which houses a chef’s kitchen, plus indoor and outdoor dining areas for filming.

Garten’s barn mimics a French country look and has both a minimalist and masculine style. The barn also houses Garten’s office, plus a bathroom and bedroom complete with French doors leading into the barn’s outdoor space.

Garten typically only shows her barn during her show; fans hardly get to see the inside of her home. But in a video special with Katie Couric, Garten did share glimpses of her living and dining rooms — and also showed off what her real kitchen looks like.

Her East Hampton home’s exterior is similar in design to other East Hampton residences: Cedar shakes, hydrangeas, and a charming front porch greet guests upon arrival. Garten’s foyer shows the stairs just to the left of the front door as you walk in.

Once past the stairs, the main floor features a living room and dining area, both of which are bright and decorated with light colors, such as whites and beiges. Her living room wall décor was minimal, and an old fireplace served as a focal point. French doors lead from the living to the dining room, which was set up with a round table for six.

Ina Garten says her kitchen is her favorite room for entertaining

The home’s kitchen is quite similar to the kitchen where Garten films her show, though it’s a bit smaller. Both kitchens feature white cabinets with dark countertops, and Garten’s appliances appear to be in the same place for both kitchens. It’s possible she does this so as to not have to memorize two completely different cooking spaces.

“I like to entertain in the kitchen,” Garten said. “If I have to go slice the meat or get the dessert ready, I’m still part of the party.” Garten does plenty of entertaining on her show, so it makes sense that she enjoys having guests in her main kitchen, too.