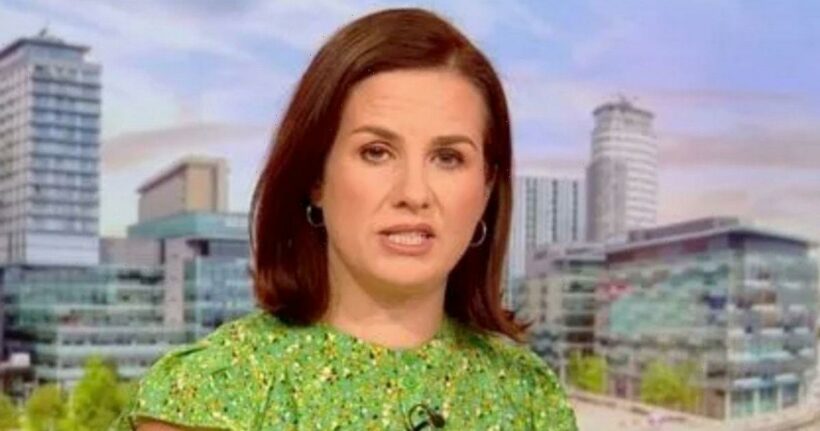 BBC Breakfast's Nina Warhurst has vowed to be back on TV after a short illness.

The morning presenter will be hosting alongside Jon Kay after "fully recovering" from a vomiting illness she got over the festive period – and she's back with a bang.

The host took to Twitter on Tuesday evening to confirm that she'll be back on air as she thanked her followers for their support after she shared her illness online.

She wrote: "Thank you for your very kind wishes. Full recovery complete and ready for BBC Breakfast tomorrow to share my full Christmas nutrition guide with Jon Kay."

As she posted a snap of a slush puppy she was having at home alongside it, she also wrote: "#SlushPuppys4eva."

It followed Nina's tweet on Tuesday morning where she told fans she had still been recovering from her vomiting illness over Christmas.

She shared a snap of a Terry's Chocolate Orange and said she felt she "owed it to herself" to have it for breakfast after feeling particularly unwell.

Her fans immediately showered her with messages as one person wrote: "Morning Nina, sorry you haven't had a peaceful Christmas. Chocolate is one of life's natural healers."

Another said: "Hope you feel better soon," while a third joked: "I didn't know the C in Vitamin C stood for chocolate…"

It comes after a chunk of the team have already been off for the festive period, with December 26 seeing a completely different set-up in the morning.

Ben Boulos made his BBC Breakfast debut on Monday morning as he hosted the show solo instead of having one of the usual hosts joining him on the sofa.

Jon will be back for the first time since last week alongside Nina, with both the hosts opting to take some time off over the festive period.

Ben stepped in to cover a number of different hosts, including Jon, Sally Nugent, Naga Munchetty and Charlie Stayt – all of which are expected to be back imminently as the festive period comes to an end.

BBC Breakfast continues weekdays from 6am on BBC One.