Australia’s physicists say we must learn to cherish nuclear science and invest in training a new generation of experts to run satellites, quantum computers and submarines.

But their colleagues in environmental science are wary of what such an investment might produce. 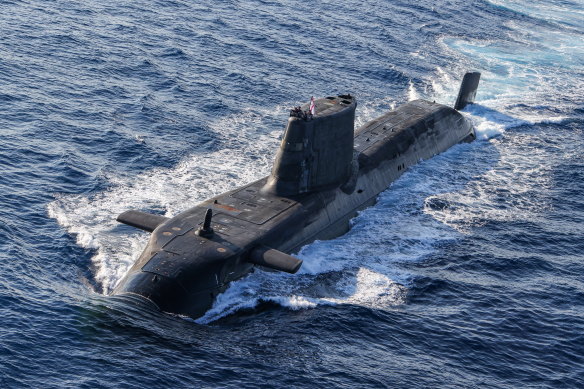 Australia has committed to buying or building a fleet of American or British-designed nuclear submarines, with the first expected to be in the water late next decade.

They will probably require a crew and workforce of nuclear engineers, technicians and scientists – but Australia lacks a civil nuclear industry.

“The need is urgent. The captain of our first nuclear submarine is probably already in secondary school today,” he said. “This must be a sovereign capability. And it needs to start yesterday.

“We need to make people understand that ‘nuclear’ is not something to be scared of, but rather to cherish and appreciate.”

Mitchell is leading the development of a national vision for nuclear science, a project launched this month at the Australian Institute of Physics Congress in Adelaide. The strategy includes a national program of nuclear science education.

Nobel laureate and Australian National University vice-chancellor Brian Schmidt made waves last month when urged Australia not to “drag its feet” on the nuclear submarines issue.

The boats represented “one of the biggest training and workforce development challenges Australia has faced”, he said.

That warning adds to pre-existing concerns about the training of engineering and science graduates generally.

Australia has been slowly increasing its number of new engineers, but most of the workforce growth is from overseas labour, according to a report by Engineers Australia.

Fewer students are studying advanced mathematics or physics in year 12, while applications for engineering courses at university fell between 2010 and 2015. Australia has the third lowest number of engineers as a proportion of graduates among developed countries.

Changes to the way engineering courses are funded led the Group of Eight – a coalition of the country’s top research universities – to declare this year that the Australian model for the university education of engineers was ″⁣broken” and could not deliver enough skilled engineering graduates to meet the government’s infrastructure investment.

But not all scientists share a conviction that nuclear physics and engineering need investment.

“There is already controversy about the nuclear submarines deal, and anxiety in our region about some sort of arms race and nuclearisation,” said Associate Professor Peter Christoff, a climate policy researcher at the University of Melbourne and former assistant commissioner for the environment in Victoria.

“Significant funding for research into nuclear physics and engineering would send precisely the wrong signals to our regional neighbours and increase their anxieties that what we’re seeing is precisely the start of that nuclear arms race.”

“The organisations that have historically funded nuclear research at universities have been those with interests in either uranium mining and nuclear power, or nuclear weapons. That’s the problem. There’s not big amounts of money in the more socially constructive areas.”

Liam Mannix’s Examine newsletter explains and analyses science with a rigorous focus on the evidence. Sign up to get it each week.