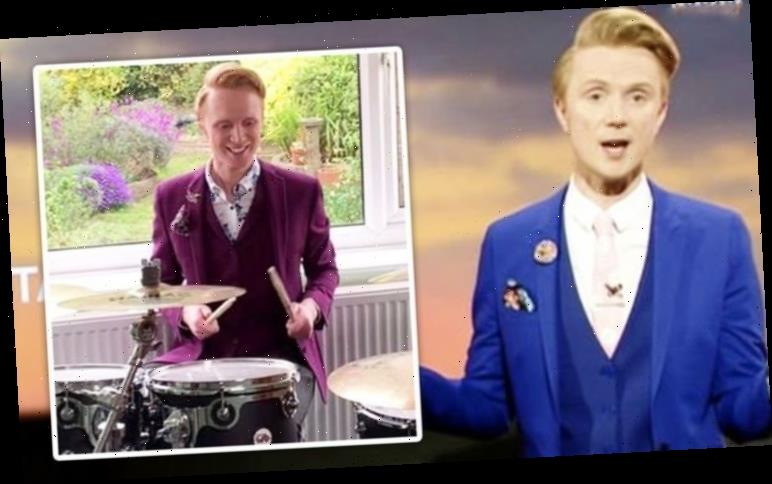 The Welsh broadcaster has become a popular member of the BBC Breakfast team, since joining earlier this year. In recent tweets, fans said the nation didn’t “deserve him” and that it was “a joy to see” him in weekend weather updates. Owain’s popularity has led many to question whether he could be a successor for the BBC’s veteran meteorologist Carol Kirkwood.

Last week, supporters admitted they “missed” the 37-year-old’s broadcasts and wrote: “It will be great to see you again soon.”

It followed other remarks earlier this month urging the BBC to feature “more of him, please” and it was “worth watching the programme for you”.

Owain’s fanbase seems to stem from his upbeat personality and easy-to-understand explanation of complicated meteorological terminology.

This was highlighted by a tweet where he was branded the “new happy, happy weatherman” and another which read: “I really had absolutely no idea what that meant before.” 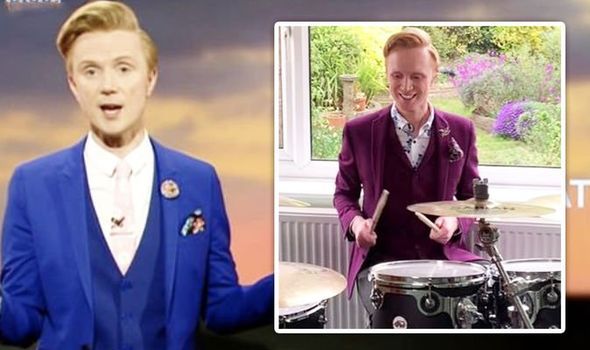 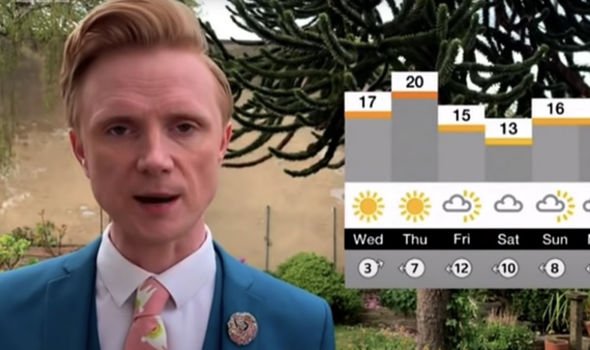 Currently, Carol presents BBC Breakfast’s weather reports during the week and in the past has made it abundantly clear that she has no intentions of quitting.

In 2018, she told the Radio Times: “I would never give up the weather on Breakfast… if they showed me the door, I’d hang on by my fingernails.”

While Owain has proven himself to be a hit with fans, the BBC has not revealed any plans to give him a larger role.

Earlier this month, the star described himself as a “weather supply teacher” due to popping-up on a number of programmes. 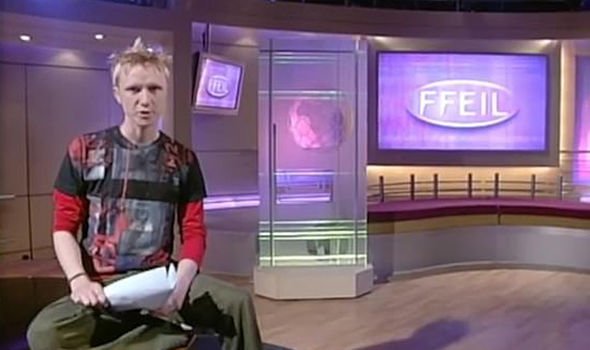 Owain told Wales Online that he was “unapologetically flamboyant” and believed his upbeat personality endeared him to viewers.

He first entered the spotlight at 18 when he presented Ffeil, a children’s news programme on BBC Wales.

Raised in Ammanford, an “ex-industrial town” in Carmarthenshire, Owain never dreamed of becoming a TV presenter.

He “didn’t enjoy school very much” but his interest was piqued when he spotted a drum kit owned by the father of one of his classmates. 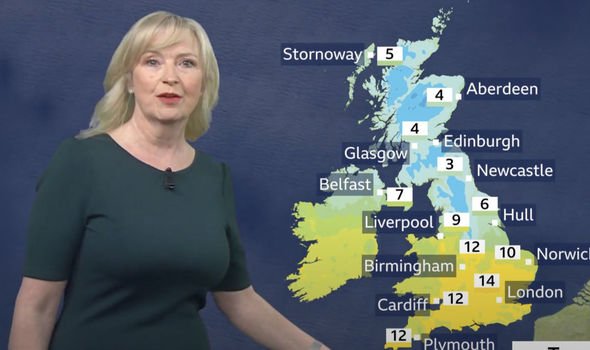 This sparked his dream of becoming a professional percussion drummer and led him to take one year out after college to hone his skills.

During that hiatus, Owain applied for a role on Ffeil as a way to “make money” according to the Manchester Evening News.

After landing the job, he also appeared on other shows including Stwnsh, Planed Plant and Uned5. 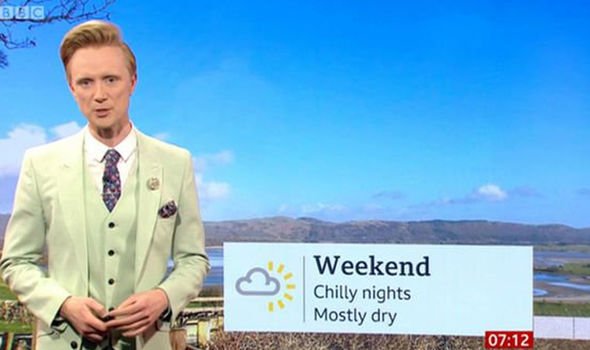 Owain later transitioned to weather presenting and studied meteorology with the Open University.

Since then he’s admitted getting to the top was no easy task.

Owain “would never have thought” he would “one day be sitting on a sofa on BBC One”.

He claimed the ability “to be myself on screen” was what he “loved” about the job.

Owain, who is gay, said he didn’t “ever feel the need to hold back” despite getting “the odd, occasional homophobic tweet”.

He hoped to inspire younger generations of LGBTQ+ people to dream of TV careers and to represent them on screen.

Owain said: “I often think to myself how it’s amazing that I’m doing what I’m doing because I never had that kind of representation when I was younger.” 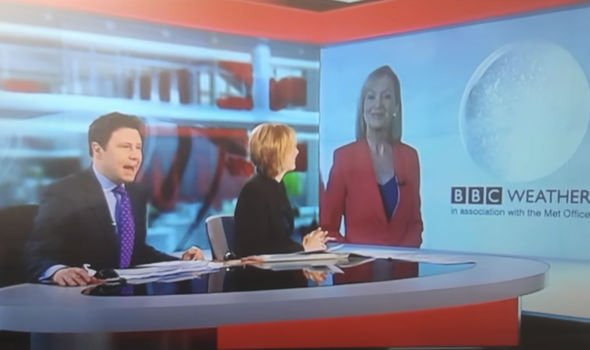 He continued: “I feel very lucky and fortunate but it’s also down to the fact that I’ve worked bloody hard to get to where I am today.”

Before his first audition, Owain had “no clue what a screen test was” and nearly blew his chances during his TV audition.

While reading links from the autocue, he “really didn’t think” it “went well at all” and soon after he suffered a big blunder. 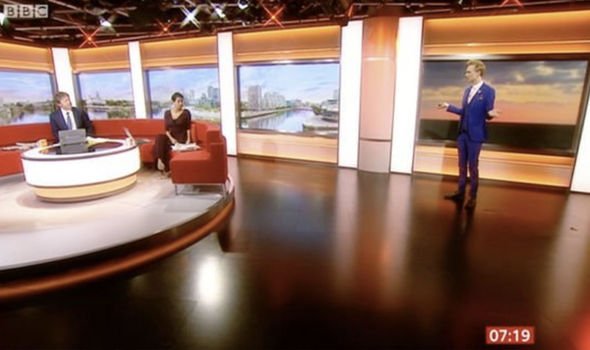 Owain said: “I knocked a bottle of water over by accident and swore in response.”

He left the audition “feeling deflated” and “there was no way” he was going to get the job – but “half-an-hour later” he was hired by the station.

Owain reflected: “I think the act of tipping the water over and swearing made me relax.”

Owain Wyn Evans presents weather forecasts on BBC Breakfast, which airs from 6am on BBC One. 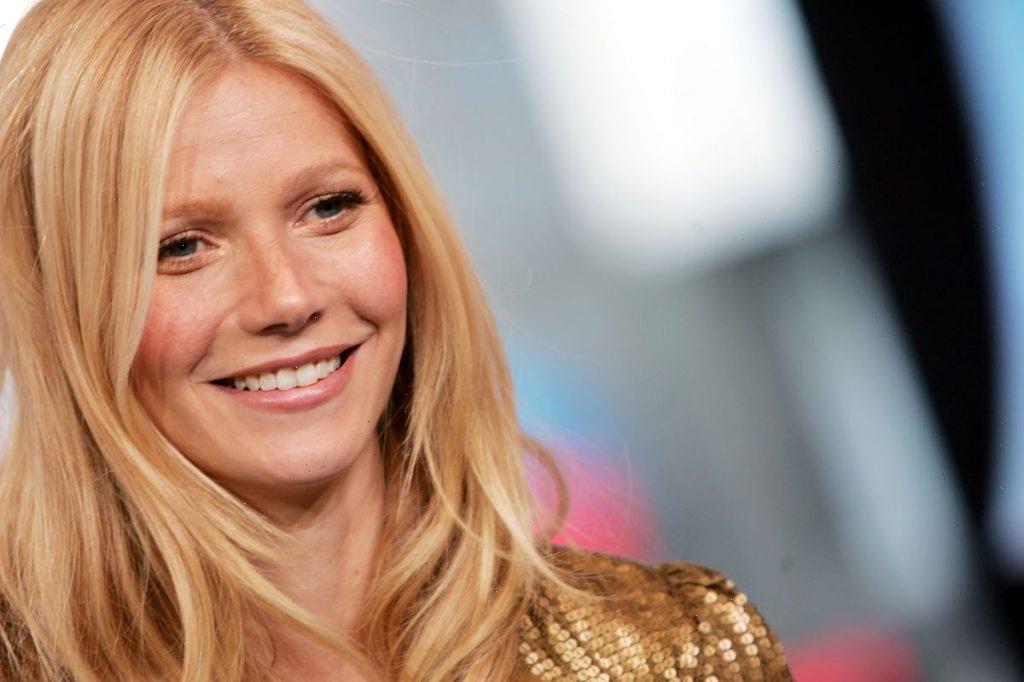