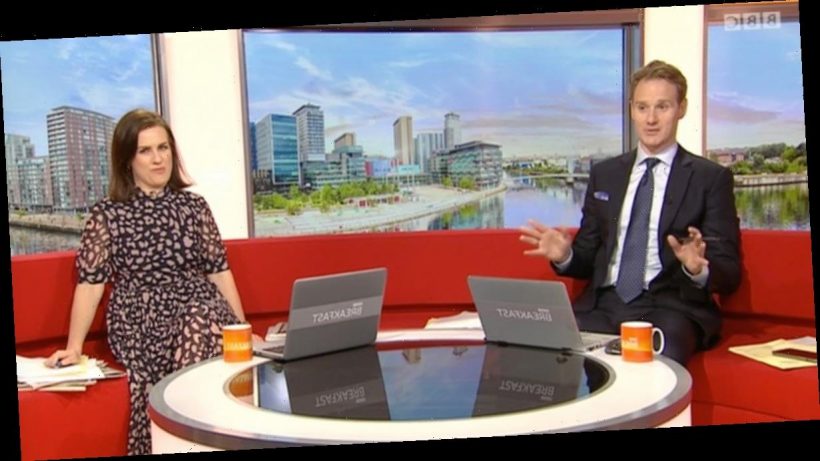 Dan Walker couldn’t resist teasing his co-host Nina Warhurst on BBC Breakfast today after she accidentally made a gaffe and referenced the time wrong.

Business reporter Nina, who is filling in for regular presenter Louise Minchin on the morning programme, began by saying: "Now it is coming up to five to six," when it was actually one hour later.

Following a news and travel break, Dan pointed out: "You have terrified a few people this morning by giving the wrong time out, you know that don’t you?"

Turning to face viewers, Dan continued: "If you’re waking up and wondering is it really five to six or was it… it’s not. It’s now four minutes to seven."

"Yes it is I got that wrong, apologies," as Nina urged Dan to leave it.

As he worked himself up into a bit of a fluster, the tables turned after Dan’s teasing of his co-host as he then fluffed his own lines.

"Time now is," he began, before suddenly switching to his other announcement: "And we’re going to get some business, some travel and some weather.

"In the other order. Wherever you’re watching," the host shook his head with a grin."

The show was interviewing Glastonbury music festival fans and as the cameras returned to the studio, Dan cheekily did a segue-way into the weather by referencing Carol’s music tastes.

"Carol will like a bit of that," he began. "If they can get Brian Adams Carol will be there."

As Carol suddenly appeared on the VT from her spot reporting the forecast in London, Dan laughed: "Look at her, she’s in!

"She’ll be off like a shot with Andy [Glastonbury superfan] on the front line."

Giggling, Carol agreed enthusiastically: "I tell you what there will be burn marks on the carpet with me running out of here if that will be the case Dan."

BBC Breakfast continues weekdays at 6am on BBC One.