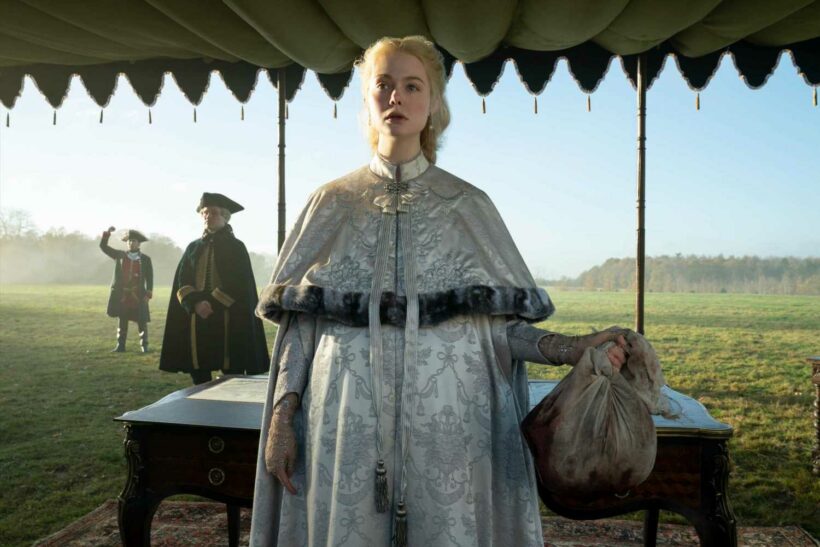 Hulu’s The Great returns on November 19th and from the looks of the newly released trailer, wicked scheming, more beheadings, and betrayals are in store.

In its second season, Elle Fanning’s Catherine finally seizes the Russian throne, but it’s not without battling detractors, including new cast member Gillian Anderson, who stars as Catherine’s mother. She’s also pregnant, to boot — and thoroughly uncharmed by her idiotic husband, Peter (Nicholas Hoult).  “I look at you and go dry, like sand,” she quips. And he thought that whole coupe thing was painful.