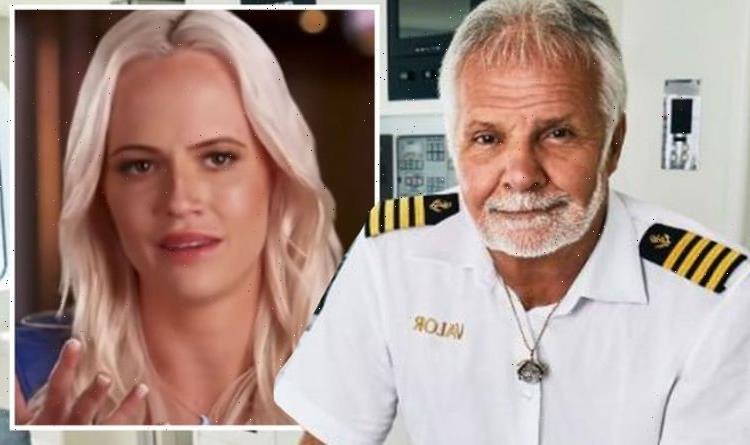 Below Deck season nine is hot on the horizon and fans across the world are itching to see what drama unfolds on set as the crew try to give their guests five-star service. As well as what the staff get up to, the cameras filming for the hit reality television show also follow what the guests get up to and whether they feel they should give the crew a handsome tip. However, there is a procedure as to who gets to enjoy the charters and it doesn’t seem it’s a random process.

How are the Below Deck guests chosen?

In the early days of when the show was filming, neither the crew nor the production team knew who was going to step on board the yachts.

This was because a private yacht broker would book all the guests, depending on which vessel was being used for the show.

The only information the crew and the production staff get about who will be boarding is the guests’ profiles and personal tastes.

Therefore, this explains why those enjoying the charters don’t tend to get mixed up in the drama with the crew.

Instead, they make their own drama when they feature in the back shot of the programme or if the crew are having to deal with a specific request.

However, it has been known if a guest has a certain celebrity status, they are allowed to become the focus of the show.

For example, Real Housewives of Atlanta star Cynthia Bailey and Secrets and Wives’ Liza Sandler have both featured in episodes.

They’ve been filmed interacting with the likes of Captain Lee Rosbach and the rest of the crew onboard the yachts they’d stay on.

It’s not known if this is the same procedure for the latter seasons as the hit show has become more popular across the world.

The guests’ rooms are off limits

Some of the guests are remembered for their outlandish appearances on the show and one of the most memorable was when Timothy Sykes board the yacht in season two.

Captain Lee has said Sykes was one of the worst guests he has ever had to deal with as he complained about having no Wifi and he commented the kitchen were ignoring his requests.

By the end of his venture, he did hand over a $17,000 tip to the staff as a way of thanking them for their service.

He proceeded to ask Captain Lee for $5,000 back because his girlfriend didn’t like the food and he has gone down in the history books for this reason.

Do the Below Deck crew get to interact with the guests?

As they are working for the guests on board the boat, the crew have to interact with the guests around the clock.

Whether someone needs something in the early hours of the morning or late at night, there will always be a crew member on standby to follow through.

There are some rules and regulations in place, however, to ensure those on the floor do not cross the boundaries.

For example, in no uncertain terms are the staff allowed to sleep in the guest’s cabins if they are vacant and should remain in their own quarters.

Discussing this further, Captain Lee agrees it is absolutely essential his staff follow the rules to the letter.

He said: “The guests’ rooms are off-limits unless you have permission. That has been granted on occasions but they’re usually special occasions, not just because you have carnal needs you want to satisfy.

Chef Rachel Hargrove also explained: “It’s not that great of an idea. It’s kind of disrespectful, especially if you’re not cleaning up the cabin.

“It’s not your boat. Technically on most boats, it’s against the contract that we sign as crew members because that’s the owner’s and the guests’ area and it’s disrespectful,” she told Watch What Happens Live With Andy Cohen.