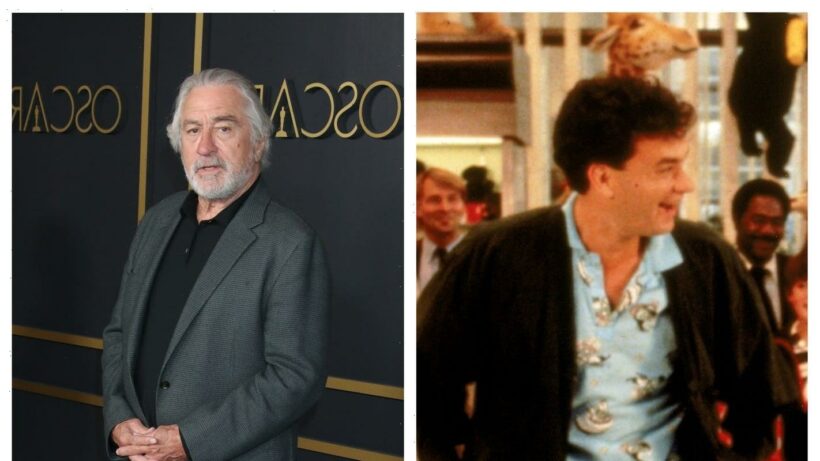 It could have been.

The “Raging Bull” star, 77, was asked by “The Tonight Show” host Jimmy Fallon to confirm if he had been originally cast as Baskins, a young boy whose wish to turn into an adult comes true.

“Yes.” De Niro said. “But we had a thing, an issue, with the negotiation, so it went the way it went.”

“But that was fine,” De Niro added.

The story of De Niro’s casting in the Penny Marshall-directed comedy has been long-discussed and resurfaced most recently when “Big” star Elizabeth Perkins, who played Josh’s love interest Susan Lawrence, spilled the beans on “Watch What Happens Live with Andy Cohen” in April.

“Robert De Niro was actually cast in the role of Josh,” said Perkins, 60. “And then it fell apart because he had a scheduling conflict, and then they went to Tom Hanks. It’s like a totally different movie in my brain with Robert De Niro.”

Perkins said she auditioned for the part with De Niro, who would have brought a very different character.

“He was more moody, it was a little bit of a horror movie. It was Robert De Niro wandering around the streets of New York,” said Perkins. “What Tom Hanks brought to it was so much lighter.”

De Niro, of course, has enjoyed a legendary film career with roles like “The Godfather 2,” for which he won an Oscar, “Raging Bull” and “Taxi Driver.” The star admitted to Fallon that he is often reminded by fans of his famous “Taxi Driver” line, “Are you talking to me?”

“Years ago in L.A., down in the Valley, a bunch of kids pulled up next to me at a red light and say, ‘Are you talkin’ to me?'” the actor recalled. “I don’t know how they recognized me.”

Did he answer the reverential fans back?”No,” he chuckled.