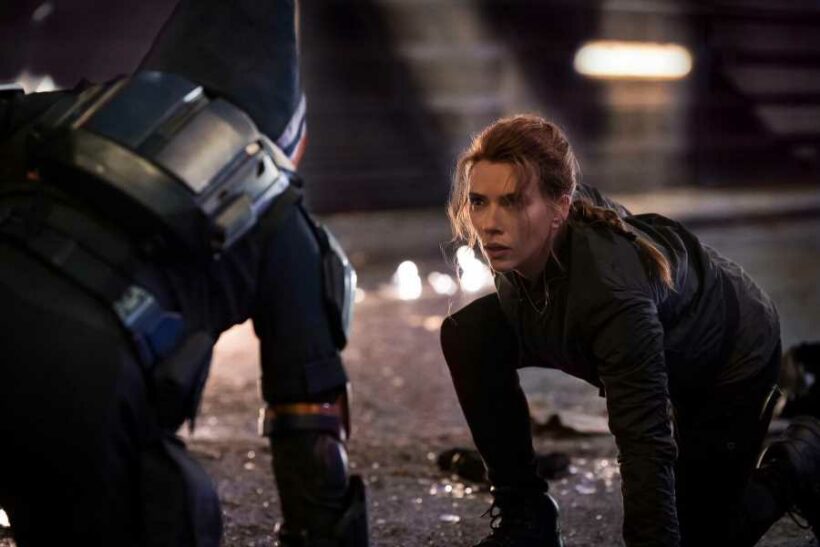 Natasha Romanoff, a.k.a. Black Widow, has been hanging out in the MCU since 2010, often memorable, but rarely the star. Her first appearance was, after all, in Iron Man 2: someone else’s movie. Somehow, despite being played by Scarlett Johansson, even Ant-Man snuck ahead of her in line for his own, standalone feature — two of them, in fact. Not exactly a complaint; those Marvel movies are solid, frequently clever diversions, a welcome dash of low-stakes nonsense amid so much clashing world-destruction.

How to Watch ‘Black Widow’ on Disney+

But Johansson is better than that, even if the character of Black Widow, as written, has sometimes felt like a glorified side-story, amplified by the power of the star playing her and by a few well-placed emotional bullet points: nods to the traumas undergone, as a child, in the super-secret program that made her who she is, some painful commiseration with the likes of the Hulk — stuff for fans to latch onto for a character that the franchise often seemed not to care quite as much about. She’s a trained Russian assassin schooled in hand-to-hand combat. She can’t shrink like Ant-Man or go goliath like the Hulk. She’s not a mega-rich super-genius like Tony Stark or a biologically-altered freakshow like Spider-Man, Scarlet Witch, Captain America, so many others. She’s — a spy. With a haunted past.

Cue: the haunted past. Black Widow, the newest MCU feature directed by Cate Shortland, elaborates on the fragments of what we know about Natasha Romanoff and tries to make it worthy of a two-hour. It opens in 1995, in Ohio, when she’s a child with a family — but let’s not spoil the specifics. Suffice it to say that this childhood is a ruse, and that Natasha’s parents, Alexei (David Harbour) and Melina (Rachel Weisz), are not her parents, nor is her younger sister really her sister. You know, spy stuff. A family on the run; a family that’s not really a family; midwestern Americans who are, in fact, Russians with secret intentions.

When we hop forward to the present tense — to action that is, in MCU terms, set after Captain America: Civil War — what awaits is an interesting-enough scheme in “chemical subjugation,” a greater look at the Black Widow program and the man who runs it, General Dreykov (Ray Winstone), a mysterious foe called the Taskmaster, and, far more satisfying than the all of that, Florence Pugh. It’s a strange movie: front-loaded with its best action, its zippiest writing, its canniest pleasures, then — as if the movie itself were a Black Widow — subjugated to the demands of some greater power, derailed by exposition that, rather than deepening what’s there, only serves to let the air out of the room for being so obvious.

We knew, as of a disclosure made by Natasha in Age of Ultron, that the mysterious program that made her did unimaginable things to her as a child — a forced hysterectomy being a case in point. Black Widow takes that notion and others — the fake family business, the nationalism tinged with a distinctively Cold War flavor, the spy-op psy-ops that make assassins out of children — and treats it all like mere backstory; none of it, beyond the childhood trauma, seems to have much weight. It’s all just so much costuming for what ultimately adds up to the same old origin story: One which, thankfully, doesn’t try overly hard to connect itself to the surrounding MCU content ephemera, but which also only skims the surface of its own story.

It’s not really a spoiler to say that at the heart of this story there is essentially, a child trafficking operation — that feels implicit from what little bit we knew about the movie’s heroine to this point, and is also something of a recognizable Soviet cliche. What it amounts to for the movie is a lot of playing both sides, emotionally. These Black Widows, as the assassins are called, are emotionless! Until they’re not. They’re ruthless! Until they’re not. They’re anonymous, they’re (in Dreykov’s words) “trash,” they’re (in the words of Pugh’s Yelena Belova) weapons without faces. Until they defect and become Avengers — or, I guess, the would-be sisters of Avengers.

The movie signals its spy-flick bona fides with that global sweep familiar to the genre (Cuba, Morocco, Norway, Budapest… Ohio…), a snowbound prison break, a bit of slip-sliding down the sloped roof of a building, a cutesy half-second of Natasha streaming a Bond movie. It’s all just signalling; none of it would hold as much interest if we hadn’t already seen it before, because the movie makes so little good on what it has. The pleasure, as is so often the case for the MCU, is in recognition: Getting to feel like we “know what the movie is doing,” we know what it’s trying to evoke, we’re in on the joke, we get it. Okay. So we get it. Now what?

Credit is due to Pugh and Johansson, most of all, for proving, in the movie’s opening chunk, that their foes-then-friends dynamic could satisfyingly hold an entire movie. Pugh is especially wonderful — when the movie allows her to be, when she gets to make fun of its pretenses, the hero-worship stuff that, at this point, is a bit stale. But, then, what’s also stale is the eagerness with which the franchise has learned to poke fun at itself. For a little while — for the stretch of the movie that’s action-forward, with minimal explanation, just people duking it out, with a gun fight becoming a knife fight becoming an odd mutual-choking exercise involving a curtain — the movie felt like it was beyond that. Lean, a little mean, mostly to the point. Just Johansson and her foes, beating each others’ asses. I’d still watch that movie. I’m not sure the MCU would ever make it.

Black Widow is now streaming on Disney+ (with Premier Access), and in movie theaters across the country.