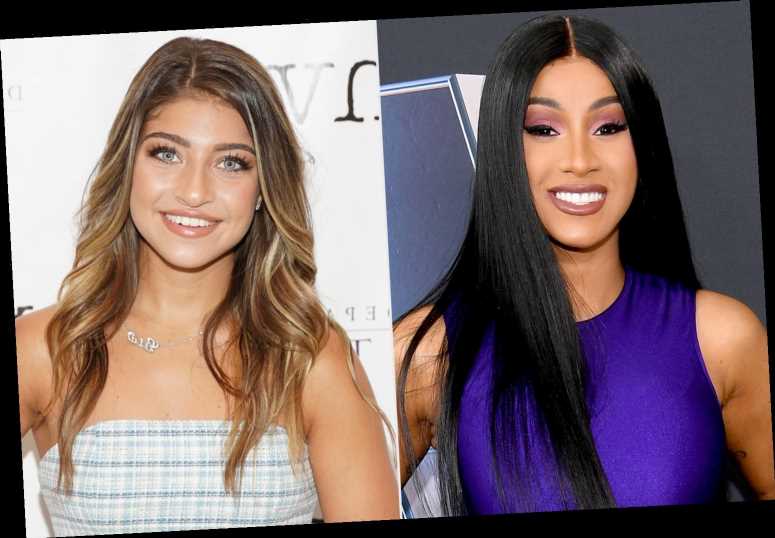 Cardi B is showing some love for Gia Giudice's viral "Sad Song."

The daughter of Teresa Giudice wrote and performed the song on The Real Housewives of New Jersey back in 2011 when she was just 10 years old. And recently, it resurfaced on TikTok, becoming so popular that Gia, now 20, commented on one video, "This is gonna haunt me my whole life."

Cardi shouted out the tune on her Twitter page Friday, sharing that she was thinking of leaving social media for a bit but would miss hearing the iconic words of "Sad Song," — "Waking up in the morning/thinking about so many things/I just wish things would get better."

"Thinking about deleting this app until I drop my next little project …but then again where I'm going to hear 'wakin up in the morning thinkin about so many things I just wish things will get better'?" the 28-year-old rapper wrote.

"This is unreal!! CARDI I'm in Bahamas let's meet up," Gia responded.

Cardi isn't the only celebrity that has picked up the Bravo star's song, which was originally written as a heartbreaking reflection on mom Teresa's fight with her brother Joe Gorga that was being documented on RHONJ at that time.

Last week, Will Smith used the song for a TikTok of him dancing on a bed with the caption, "Remembering the time I thought it would be a good idea to make a St. Patrick's Day video alone in a hotel room."

In the clip, the Fresh Prince of Bel-Air star wears a kilt and other St. Patrick's Day-themed gear as he dances and sings.

"I had a bunch of friends sending me text messages saying Will Smith was singing your song on Instagram and when I saw it, I couldn't believe it," Gia told E! News in response to Smith's video. "I love Will Smith and I thought it was really cool that he did that."

"Maybe I'll do one of his songs in return," she added.

Gia also made her own TikTok with the song in the background, captioning it, "here you go everyone …."