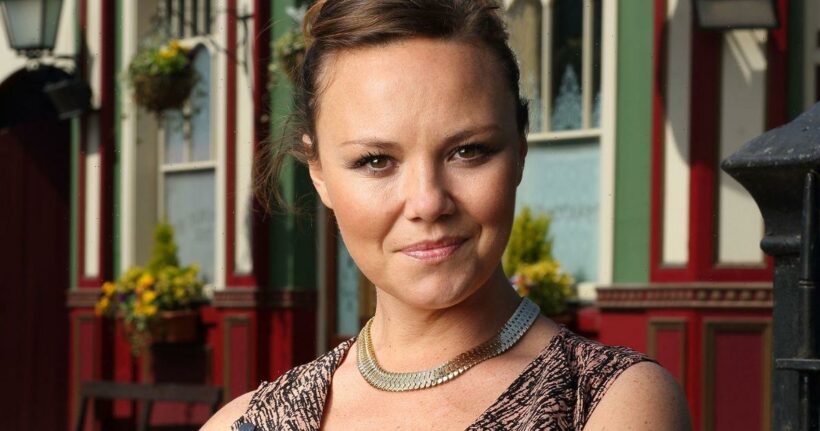 She is making a dramatic return to EastEnders as iconic soap villain Janine Butcher.

But TV star Charlie Brooks has revealed how playing the husband-killing superbitch has been murder for her acting career.

Charlie, 40, reckons it’s cost her other roles because people have struggled to see past Janine.

She tells the Daily Star: “Janine was iconic as a character, so it’s hard for people to see me as anything else.

“There’s typecasting that happens, for sure. Probably it has got in the way. No choice was made by me to rest as an actor. And I haven’t done that many roles, so clearly it’s been a challenge!”

Over the years Charlie has tried out for countless roles – and been knocked back from most of them.

The actress is known for her upbeat and feisty persona, but even she has found it tough getting rejected so many times, branding it “soul-destroying”.

“You do self-tapes all the time and don’t get any of the roles. It can be quite soul-destroying at times.”

Despite the setbacks, Charlie is really proud of how legendary Janine is among soap fans.

And she reckons winning I’m A Celebrity in 2012 – when she beat Pussycat Doll Ashley Roberts to be crowned Queen of the Jungle – went some way to helping people see the real her.

She says: “I can either choose to go, ‘S**t it has screwed me over, I can’t do anything else’ or you can go, ‘It means she was brilliant’.

“I think when I did I’m A Celebrity it helped, because people realised Charlie and Janine are very different – thank God. There are some similarities there. Although it scares me to say that!”

Her character Janine is best remembered for her bitchy one-liners, her plotting, her catfights – and, of course, all the times she killed people.

The most famous was when she bumped off hubby Barry Evans, played by Shaun Williamson, 55, by pushing him off a cliff in Scotland in 2004. She later tied the knot with a rich elderly businessman called David, who died of a heart attack at the ceremony.

She unsuccessfully tried to kill third husband Ryan Molloy and managed to do away with fourth husband Michael Moon but was found not guilty in court.

So it’s no surprise these high-profile storylines have led to Charlie being recognised in some pretty strange places.

She says: “I was recognised when I was with an ex boyfriend on Table Mountain once. And there were obviously lots of jokes about him being like Barry on the side of that cliff.”

Hertfordshire-born Charlie joined EastEnders in 1999 when she was just 17 and stayed until 2004.

She then returned in 2008 before her most recent departure in 2014 when Janine left Walford for Paris, hoping to reunite with daughter Scarlett. In real life Charlie is mum to 16-year-old daughter Kiki with her former boyfriend, Ibiza club owner Tony Truman, 53.

Now she is set to make her EastEnders comeback later this year with an explosive storyline.

But before then we’ll see her on new drama Lie With Me, which is airing across four nights next week.

It sees her play a mum who has relocated to Australia with her family to live the dream.

But her life is falling apart because she is convinced her hubby, played by Brett Tucker, 49, is cheating on her. Charlie says: “Doing Lie With Me was the first time I’d worked in quite a while, so finding my feet again was a bit nervy.”

The series was filmed in Melbourne, in the south-east corner of Australia and Charlie fell in love with the city, even hoping to move over there at some point.

She says: “Filming there was really appealing. I had a love affair with Melbourne.

“I really want to work there again and live there for a little while. It’s amazing when work takes you to a different country and you get the living experience like going for brunches and stuff.”

She is also hoping the drama will prove to casting directors that she can play more roles than just Janine.

“I’d love to do a period piece and have the costumes and the glamour of all that,” says Charlie. “And I’d like to do comedy.

“I’m at a stage in my life where I’m listening to my own voice and creating ideas with producers. So there’s a whole heap of things I’d like to do.”

● Lie With Me starts on Monday at 9pm on Channel 5.