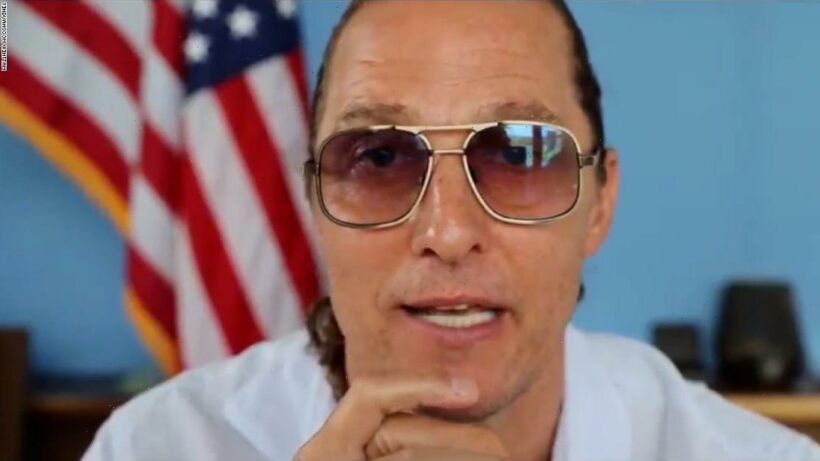 Matthew McConaughey gave a reflective address to Twitter in honor of the Fourth of July, noting that America is going through “growing pains.”

“As we celebrate our independence today, as we celebrate our birth as a nation, the day that kick-started a revolution to gain our sovereignty, let’s admit that this last year, this trip around the sun, was also another head-scratcher,” the actor told his followers. “But let’s also remember that we’re babies as a country. We’re basically going through puberty in comparison to other countries’ timeline, and we’re going to go through growing pains. We are going through growing pains.”

McConaughey concluded his speech by suggesting his followers aim to do better. “So, as we celebrate the red, white, and blue this weekend let’s be sure and just reflect just a minute, take a little bit of inventory on where we’ve come from, where we are, and how and where we want to go from here on the way to being the best we can be,” the actor said.