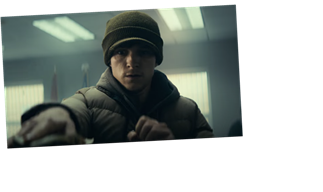 Apple broke through at the Emmys this year with four nominations for its flagship drama series “The Morning Show” and a win for Billy Crudup in the Outstanding Supporting Actor in a Drama Series race. Can the streaming giant have similar success in the Oscar race? Among the contenders in Apple’s inaugural Oscar slate are the documentary “Boys State,” Sofia Coppola’s tender comedy “On the Rocks,” and the Russo Brothers’ hard-hitting opioid addiction drama “Cherry,” the official trailer for which has finally landed online.

“Cherry” reunites Joe and Anthony Russo with their Marvel Cinematic Universe star Tom Holland, who starred as Spider-Man in the directors’ MCU entries “Captain America: Civil War,” “Avengers: Infinity War,” and “Avengers: Endgame.” Holland plays a U.S. Army medic who returns home to the suburbs of Ohio and develops an opioid addiction while struggling with PTSD. Newcomer Ciara Bravo stars as the wife of Holland’s character, who also becomes an addict. The young couple turn to robbing banks in order to fund their drug habit.

“Tom is a nice person. He is, but he doesn’t let himself get trapped by that,” Anthony Russo recently told Vanity Fair about reuniting with the actor for this new project. “He’s a seeker, he’s an artist, he’s always looking, running after complicated things in life,” Anthony said. “He’s a young actor, right? We haven’t seen him do that much up to this point. This is definitely something he’s had within him the whole time. We just haven’t been able to see it yet.”

“Joe and I were surprised ourselves to see how thoroughly committed he was to every facet of that character,” Anthony added. “The darkest, most difficult sides of that character, he really embraced them and ran at them and tried to give them life within himself in a way that not a lot of people could pull off.”

Apple will open “Cherry” in select theaters on February 26 ahead of a streaming on Apple TV+ starting on March 12. The supporting cast includes Bill Skarsgård, Jack Reynor, and Forrest Goodluck. Watch the trailer for the drama in the video below.