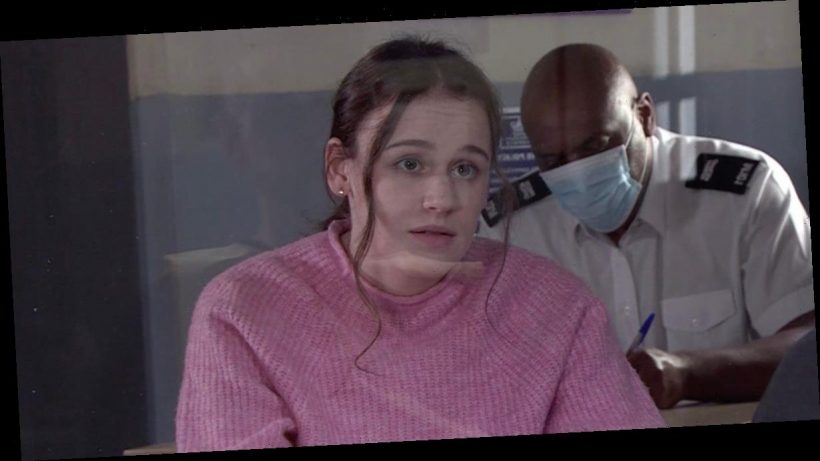 Viewers have been heartbroken over Faye’s recent ordeal after evil Ray Crosby attempted to rape her.

But the youngster is convinced she’s going to prison for the attack on Adam Barlow (Sam Robertson).

She struck him over the head with an award while he was drunk in the bistro, mistaking him for villain Ray (Mark Frost).

In upcoming episodes, Faye fears a prison sentence is hanging over her.

She learns that Ray has been charged with sexual assault after he attempted to rape her in the bistro.

But Faye’s own plea hearing leaves her convinced she’s going to prison.

With brother Gary (Mikey North) currently banged up for the attack on Adam, the guilt has been eating at Faye.

Gary himself, however, isn’t completely innocent – he’s behind the murder of Rick Neelan (Greg Wood), leaving daughter Kelly (Sarah Moffett) without a father.

Later in the week, Craig (Colson Smith) visits number four and suggests that he and Faye embark on a day out to take her mind off the court case.

The youngster visits her brother in prison and admits to him that she’s been pushing police officer Craig away because she doesn’t want him to put his life on hold for her while she’s locked up.

The pair have been engaged in a tumultuous romance for a while now, after the copper long harboured feelings for Bethany Platt (Lucy Fallon) before her exit.

Will Faye be heading to jail? Viewers will have to wait and see – but anything is possible on the cobbles.

It’s been a difficult year so far for Faye, as she suffered a pregnancy scare after being pressured into sleeping with Ray in his hotel room.

She confided in Gary’s wife Maria (Samia Longchambon) at the time, who provided moral support for the teenager.

Thankfully, the test was negative, and Ray was later arrested for sexual assault.

Dad Tim stormed off down the street, hell-bent on seeking justice for his daughter.

Faye’s also been living with the guilt for her unwarranted attack on Adam, with Gary behind bars after shouldering the blame.

Could prison could be the thing to finally break her?

Coronation Street airs on Mondays and Wednesdays 7.30pm and 8.30pm with an hour long episode at 7.30 on Fridays on ITV.