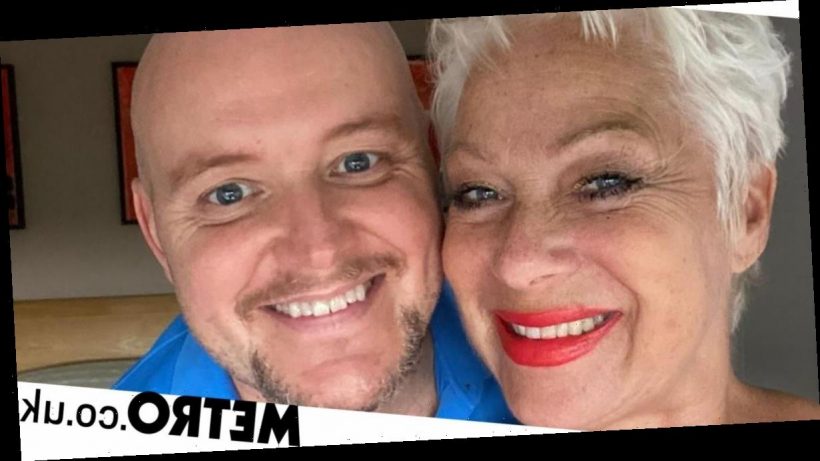 Denise Welch’s husband Lincoln Townley is going to have a role in Hollyoaks alongside her as she takes on the part of Trish, the dance teacher mother of Maxine Minniver (Nikki Sanderson).

Trish will make quite the entrance on the soap with her younger boyfriend Brad King (Tom Benedict Knight), who has been described as handsome and manipulative.

With filming taking place in line with coronavirus restrictions Denise and Tom will not be able to film romantic scenes together.

So to get around it producers have asked that Lincoln step in as a body double for certain scenes as the couple will be able to get as close as they like.

Speaking on Wednesday’s Loose Women, Denise explained: ‘Tom Benedict Knight who plays Brad, we’ve moved back to the village to the horror of Maxine who is played by Nikki Sanderson.

‘She was 14 when I first met her and knowing each other, we lapsed into a mother daughter relationship.

‘Then in comes Brad, because we’re doing Covid filming we can’t have contact. It’s all very strict, and so they’ve asked Lincoln to be a body double!’

Denise married Lincoln in 2013 after splitting from former husband Tim Healy in 2012.

She was also full of praise for Tom who she has the majority of her scenes with.

‘Tom is a fab actor and I’m very excited to see where it leads. We’re having great fun.’

The former Coronation Street star previously explained that Trish is ‘a bit of a goer’.

‘I like that they’re writing for a woman of my age who is still quite active in that department’ she went on, adding that Brad is ‘a bit of a bad boy’.

If you’ve got a soap or TV story, video or pictures get in touch by emailing us [email protected] – we’d love to hear from you.Join the community by leaving a comment below and stay updated on all things soaps at our homepage.