Speaking on Friday’s BBC Breakfast, presenters Naga Munchetty and Charlie Stayt were reporting on the current cake row between the two supermarkets amid a High Court claim over Aldi’s “Cuthbert the Caterpillar” cake. Charlie admitted he has tried the popular M&S children’s cake in the past, but Naga disagreed with the concept.

It comes as M&S lodged an intellectual property claim with the High Court this week relating to Aldi’s product.

The retailer is arguing the similarity of the Aldi cakes leads consumers to believe that they are of the same standard.

Showing a picture of the two cakes on the segment, Charlie explained: “So this is Cuthbert the Caterpillar.

“Now, M&S claims that the similarity between Cuthbert and Colin lads consumers to believe they are the same standard and rides on the coat-tails on M&S’s reputation.” 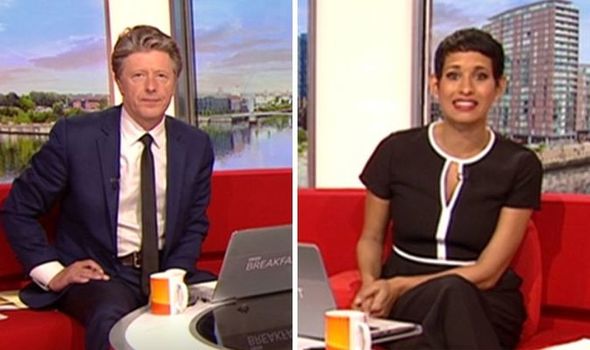 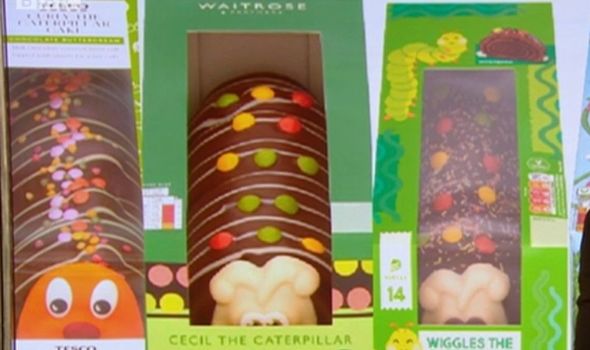 Naga went on: “So, what’s wanted? M&S wants Aldi to remove the product from sale.”

M&S first launched its cake 30 years ago and many supermarkets have since created their own similar products. 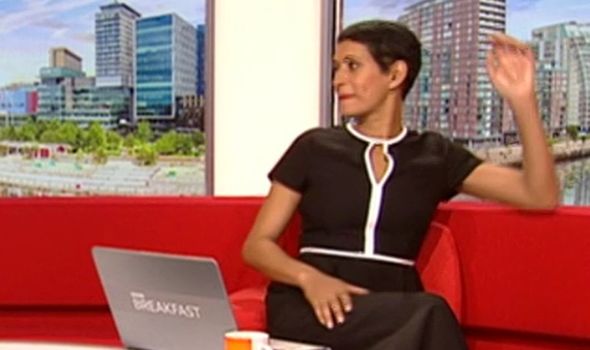 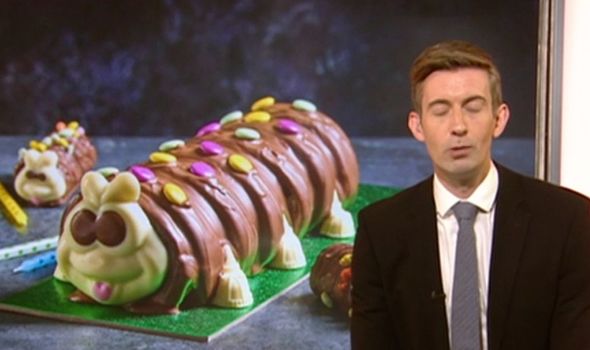 “Have you had a caterpillar cake?” Naga asked, surprised.

Charlie said: “I would have had a slice of a caterpillar cake in the past.”

Naga probed: “Do you know if it was Cuthbert or Colin that you sliced into?”

“But you know, they sell a lot of those cakes,” he added.

“I find it a bit odd when you name a cake and then slice into it,” Naga admitted.

“Kind of doesn’t sit easy with me to be completely honest.”

The legal battle has caught the attention of many shoppers who have enjoyed the M&S cakes for years.

M&S have sold the sponge chocolate cakes since 1990, but some other supermarkets chains have since created their own versions.

As Matt commented on the rain, Naga was unable to hear and asked him to repeat himself.

However, when she finally heard what had been said, she puffed her cheeks up and made her thoughts very clear.

BBC Breakfast airs weekdays at 6am on BBC One.