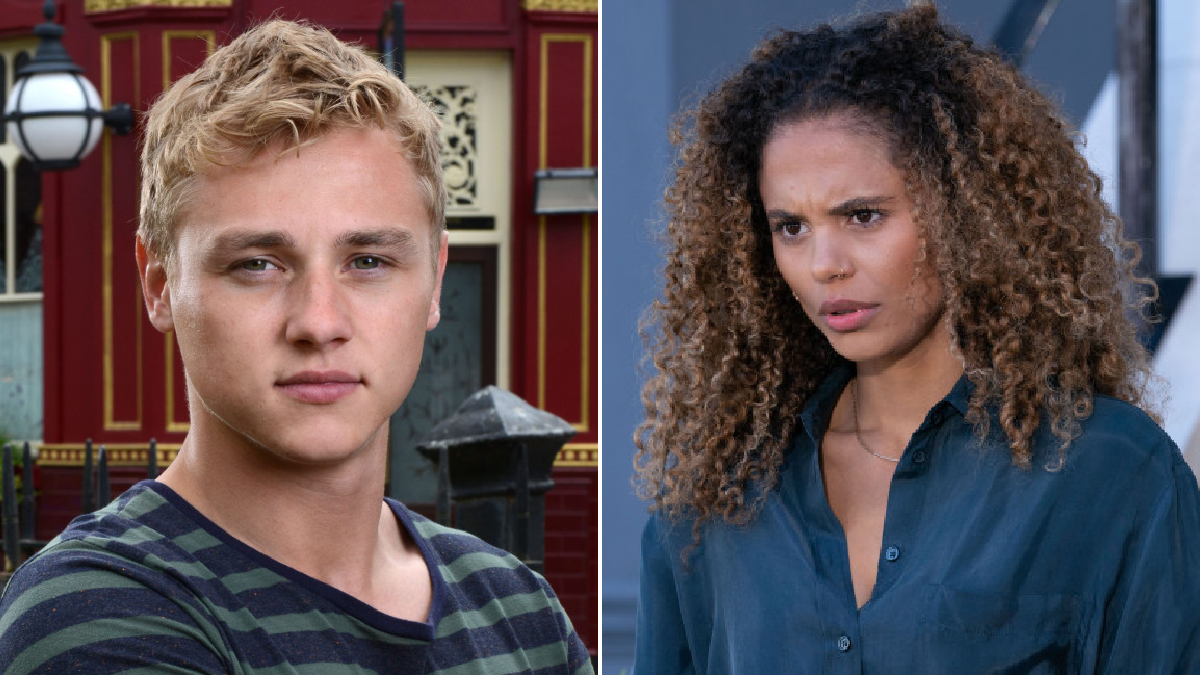 There seems to be love in the air as former EastEnders stars Jessica Plummer and Ben Hardy were spotted kissing on a night out.

The pair, who played Chantelle Atkins and Peter Beale in the BBC soap respectively, sparked romance rumours earlier this year after growing close while working on new drama The Girl Before.

While they haven’t spoken publicly on the speculation, they appear to have confirmed confirmed their relationship during a very cosy evening in London.

At one point, Jessica, 28, pulled her beau, 30, close as they shared a passionate kiss on the streets of Soho.

Pictures showed the lovebirds gazing into each others eyes before the former I’m A Celebrity… Get Me Out Of Here! star climbed into a taxi.

The pair both starred in EastEnders but didn’t cross paths during their stints in Walford, with Ben bowing out of the soap in 2015, and he was replaced in the role of Peter by Dayle Hudson last year.

Jessica made her debut in Albert Square in 2019, with Chantelle killed off at the hands of husband Gray Atkins (Toby-Alexander Smith) in chilling scenes last year.

They have been working on upcoming BBC and HBO series The Girl Before together, alongside Gugu Mbatha-Raw and David Oyelowo.

It is based on the novel of the same name and centres on a woman named Jane who moves into ultra-minimalist house, but has to obey the architect’s rules.

She later finds that a girl named Emma [Jessica] lived at the property before and endured a similar experience, leading to many questions over what happened behind closed doors.

According to reports, Jessica and Ben became close during shooting, and they have remained close ever since.

They sparked romance rumours in summer when they headed to a gig together, with eyewitnesses spotting them at a Jade Bird concert in August.

’Their on-screen chemistry turned into them spending off-screen time together since June,’ an insider told the Sun.

However, they have yet to address the rumours.

Metro.co.uk has contacted reps for Jessica and Ben for a comment.