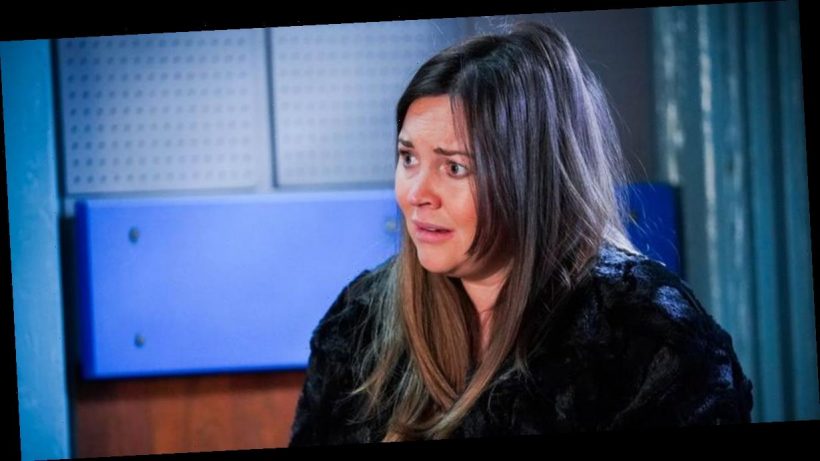 However, Big Mo (Laila Morse) has a plan up her sleeve to help out her worried niece but things don't work out.

Later Mo and Jean later (Gillian Wright) are cleaning No1 when Jean notices Chantelle’s old jewellery box. She swipes a necklace and takes it to the pawn shop.

Feeling awful, she bumps into a happy Ruby Allen (Louisa Lytton) and Martin Fowler (James Bye) and she angrily confronts them about what they are doing to her daughter.

Kush checks in with Jean and to his surprise she shows remorse and worry for Martin and suggests Kush takes him out for a drink that evening, unbeknownst to him she has a plan of her own.

Ruby is shocked when she finds Jean in her living room, who begs her to drop the charges against Stacey.

Later, Jean catches Ruby who tells her she will call DS Barnes to drop the charges after their heart to heart the night before.

As Stacey talks to hew lawyer about pleading guilty, Jean bursts in and tells her Ruby is dropping the case.

However, Stacey isn't convinced and wants to confront her love rival but Jean convinces her not to and tells her to relax.

Meanwhile at the club, Ruby leaves a message for DS Barnes, will she retract her statement?

That same day, Ruby and Martin go to a medical appointment where the doctor informs her she might have endometriosis which affects her fertility.

Will Ruby stick to her word or will she make Stacey suffer?

The feisty Slater girl was forced to face up to reality, after she learned that the police are in possession of damning footage which could result in her going back to prison.

Stacey and Ruby have been at each other’s throats due to their shared affection for Martin.

With Ruby evidently feeling threatened by Stacey’s presence on the Square,

She’s taken some extreme measures to ensure a future with Martin, including lying to her husband about being pregnant.

The baby lie soon became a reality when Ruby realised that she was really pregnant, but she soon suffered a devastating miscarriage.

Ruby blamed Stacey for her tragic loss when she lost her footing and fell down the stairs of the club during their heated showdown.

The nightclub owner saw an opportunity to once again gain the upper hand when she claimed that Stacey had pushed her down those stairs, and the CCTV footage of the incident backs up her version of events.

Will Stacey be back behind bars before Easter?

EastEnders airs on BBC One on Mondays, Tuesdays, Thursdays and Fridays