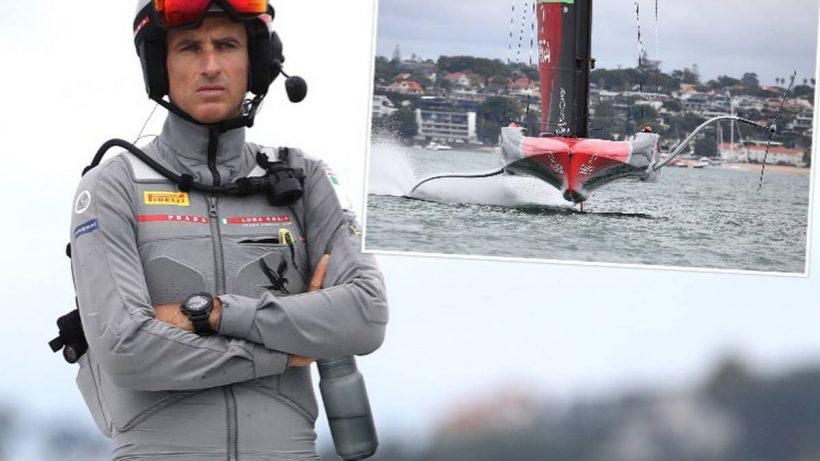 The weather gods have turned from friend to foe for Team New Zealand, with shifting conditions seeing racing abandoned for the day with the America’s Cup defender on match point.

An exciting race earlier in the day saw the Kiwi crew pass Luna Rossa on the penultimate leg after sailing into better pressure and take the win. The scheduled second race was called off at 5.55pm as the course needed to be shifted to match the wind – ultimately running out of time to do so and get racing underway before the 6pm cut-off mark.

But while Team New Zealand have to put the champagne on ice for at least another night, there is a silver lining in the fact conditions are expected to be ideal for racing tomorrow.

Speaking on the TVNZ coverage of the event, American Magic skipper Dean Barker said there could be “some epic sailing” on Wednesday.

The delay will give Luna Rossa another night to devise a plan on how to keep the faster Team New Zealand boat at bay, something Barker said would be “very hard to do”.

While the boat speed difference between the two vessels was a major talking point before the Cup match, it hadn’t been as noticeable as many expected early in the series.

However, in Tuesday’s race, Team New Zealand travelled, on average, two knots faster than Luna Rossa on the downwind legs.

That was clear to see on the final leg of the race, as Team New Zealand quickly built a lead of more than 400m to win the race.

Until the midway point of the fifth leg, the race was a tight one with Luna Rossa holding slim advantages through the first four gates.

However, a decision to split the course proved to be the undoing of Luna Rossa as Team New Zealand got the side of the course with the better pressure and sailed off with the win.

“It was a pretty tight race all in all and one right shift up that last beat really decided it for us,” Team New Zealand helmsman Peter Burling said after the race.

“It was good fun racing. It was great to be back in here on Course C and having a great battle with a really good team, but great to come away with another win too.

“We’re just going out to try to keep learning and improving and doing the best we can. Obviously, we’re here to try win yacht races, but we’ll keep fighting for as long as it takes.”

Racing is scheduled to get underway at 4.15pm on Wednesday, conditions permitting.