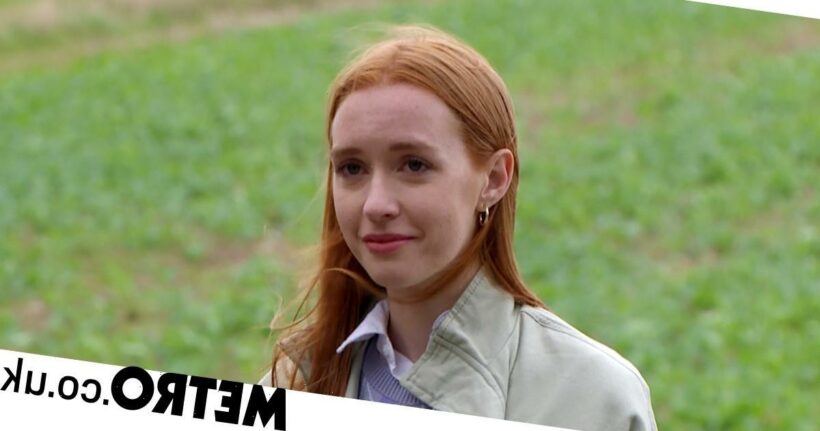 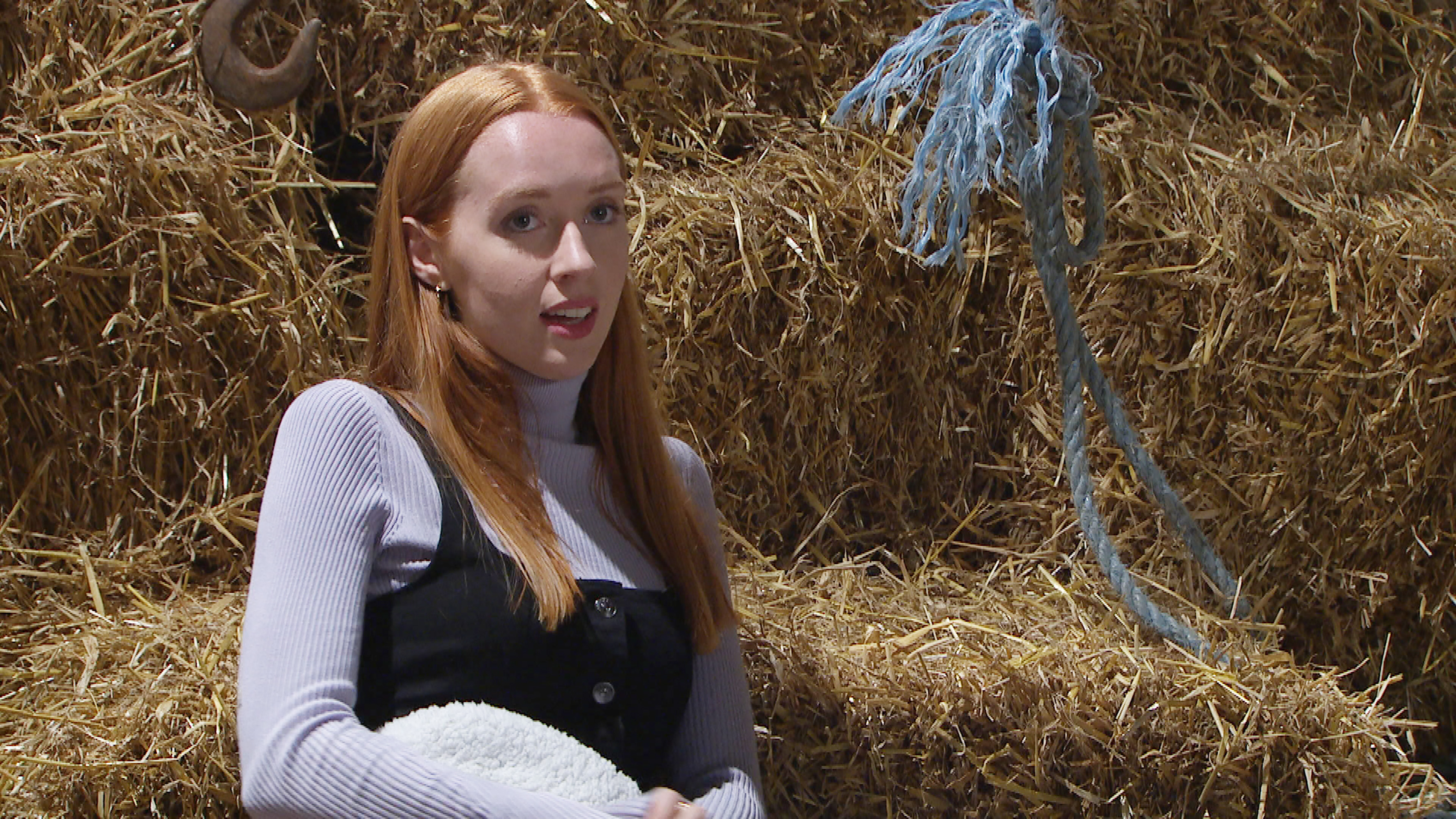 On the outside, Chloe Harris (Jessie Elland) has things sorted. She lives in a huge house, wears beautiful, pristine clothes but, as Emmerdale viewers recently discovered, there is a dark and dangerous reason behind this newcomer’s glamorous lifestyle.

The re-introduction of Kerry Wyatt (Laura Norton) allowed fans to get the first hint that all wasn’t well in Chloe’s world.

Kerry told Chloe she had the CCTV wiped following Charity (Emma Atkins) and Mack’s (Lawrence Robb) break-in, and the conversation also saw Chloe talk about her father – who is in prison.

Despite Mr Harris being behind bars, that doesn’t stop him watching his daughter’s every move, as Jessie Elland explains:

‘Chloe is almost like a zoo animal, constantly watched, she feels very trapped and under her dad’s control. Right now, he’s on the end of the phone, but it would be really interesting to bring him in and see how they’d interact.

‘You do get a sense that Chloe knows he’s fundamentally a bad person, she’s scared by him but end of the day still her dad and she loves him.’

‘It all looks glamorous on the surface but there are dark reasons behind it, her dad is a nefarious character, Chloe and Kerry are terrified of him.’

In the Dales, loved-up Noah (Jack Downham) is enjoying his secret meetings with Chloe, but with both families desperate to keep them apart, Jessie Elland has likened this storyline to a Shakespearean classic:

‘Yes, there are parallels between Romeo and Juliet and Noah and Chloe. It’s a story of two young people who feel trapped and lonely in their respective situations who have found each other and see each other as a way out/to freedom and being happy.

‘However, in a bid to escape their situations, they make some pretty rash and reckless choices.’