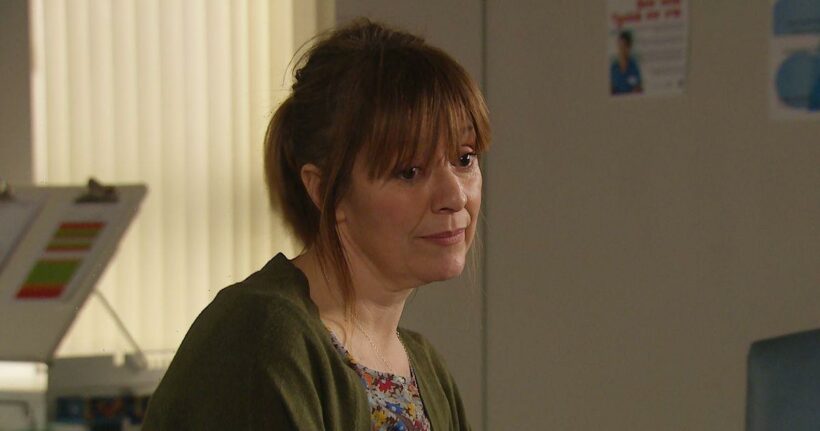 Zoe Henry has teased that her and her husband Jeff Hordley's Emmerdale characters have so little to do with each other that years could go by without them bumping into each other at work.

The actress has played Rhona Goskirk in the ITV soap since 2001, and Jeff has been starring as Cain Dingle for even longer.

But they had the chance to shoot together when Rhona tied the knot with Marlon Dingle (Mark Charnock).

Zoe told Express.co.uk it was a "really lovely couple of weeks of filming" and that it was "nice to see Jeff about".

"I probably won't see him for another couple of years unless maybe one of us dies – Oh no I won't be there," she laughed.

The actress – who has two children with Jeff – also opened up about what it was like for her and her hubby starring in the same soap.

"It's the day job, that sounds really boring but it is and it's nice as we got to travel in together and home together (for Rhona's wedding)," she said.

Zoe and Jeff actually met in the 90s, before either of them signed up for Emmerdale, as they went to drama school together.

They ended up falling for each other and went on to tie the knot in 2003.

The pair welcomed a daughter, who they called Violet, two years later and in 2008 they had son Stan.

While they both landed parts on Emmerdale, Jeff once suggested they probably wouldn't ever share too many scenes.

He told Soaplife in 2011: "We don't film at the same time so we can share the childcare.

"I don't think we'll ever have a storyline together – Cain and Rhona are too different. Cain thinks Rhona's a bit of a snobby cow.