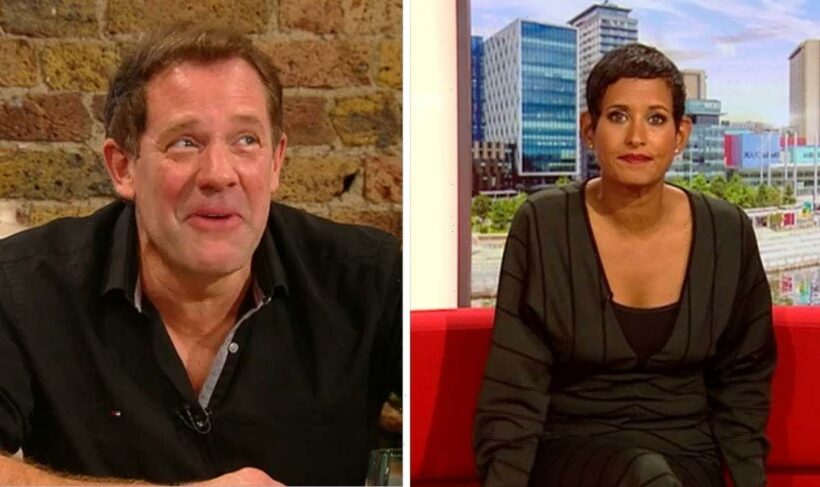 Matt was trying to preview the latest instalment of Saturday Kitchen with special guests, Gareth Malone and Prue Leith but his BBC Breakfast counterparts had other ideas.

Charlie responded: “Thanks Matt, do you want a bit more time, does that make it more awkward?”

Matt laughed and retorted: “It’s not awkward, it’s a very relaxed vibe over here”, to which Charlie remarked: “I thought it was all feeling a little bit awkward I don’t know how it is over there.” 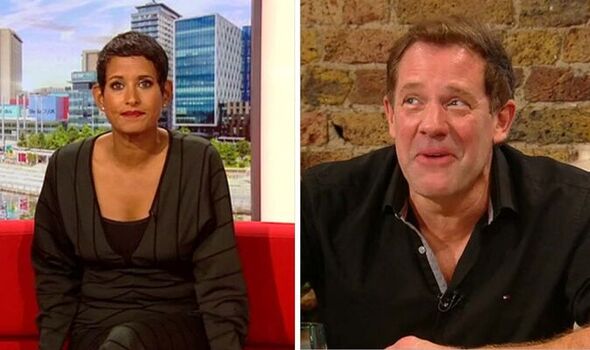 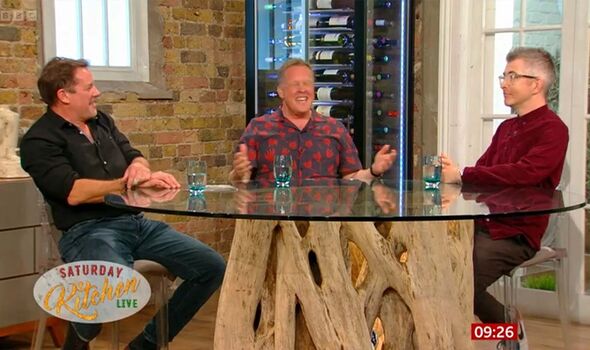 A bemused Matt defended his link and commented: “Have you lost an item because you seem to be filling?”

Naga interjected and when the cameras panned back to the BBC Breakfast studio, the sound in the Saturday Kitchen studio stopped.

The presenter quipped: “No actually we’re being told off in our ears to move on, so enough of you, thanks!”

Charlie then turned to his co-host and asked: “Has he gone?”, to which Naga replied: “He’s gone”, to draw a line under the jokingly tense exchange. 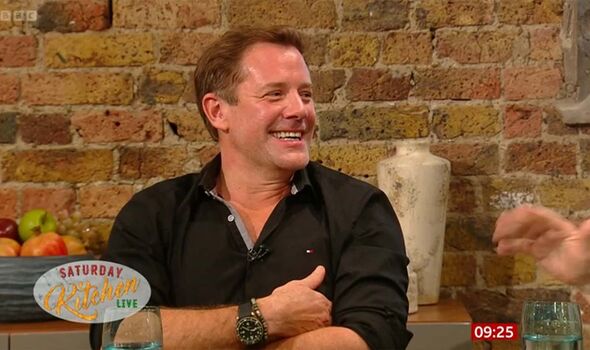 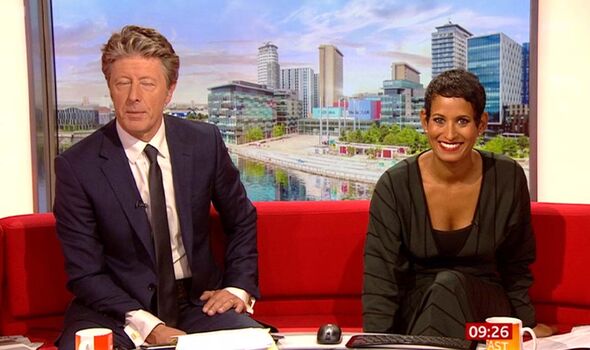 The awkward exchange was bubbling earlier as Matt asked Naga who her favourite Matt was.

The conversation continued with wine-expert Olly about their favourite namesakes.

Olly remarked: “I am just thinking of different Matts, and categorising all the most famous, likeable Matts, you’ve got Le Blanc…”

Saturday Kitchen is never short of chaotic moments, last week the host had to amend a blunder when introducing his guest Emily Scott.

He remarked: “How excited are you? You’ve got a schoolboy look”, before quickly correcting himself: “Schoolboy? Schoolgirl.”

Drinks expert Olly joked: “I think we need to reset and start again”, a blushing Matt added: “That’s why we rehearse.”

Matt continued: “You’ve got a bit of a schoolgirl look going on,”

While ignoring Matt, Emily turned to the popular chef: “Thank you Stanley. I’m very humbled that you chose me.”