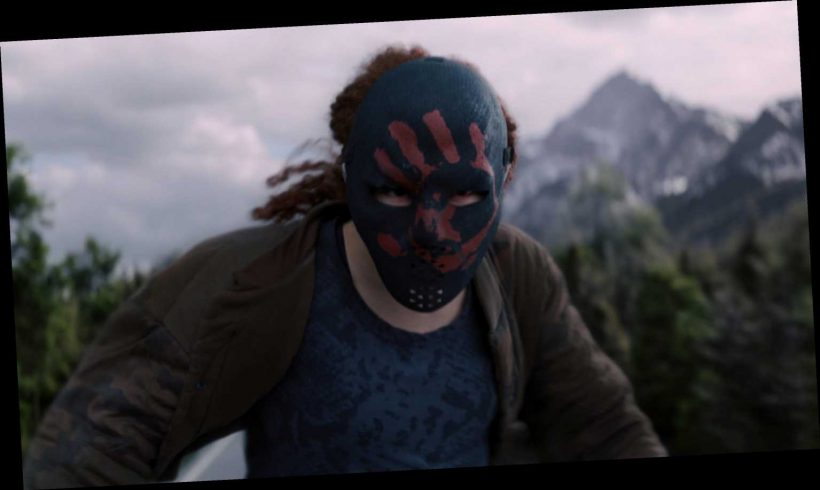 Spoiler alert: The following post contains plot points from the newest episode of “The Falcon and the Winter Soldier.”

Who was that masked young woman who just beat up Falcon, the Winter Soldier and the new Captain America? She also broke Falcon’s mechanical buddy Redwing in half in the new episode of Marvel’s “The Falcon and the Winter Soldier.”

Played by British actress Erin Kellyman (“Solo: A Star Wars Story”), Karli Morgenthau made her powerful presence felt in her Marvel Cinematic Universe debut as the passionate leader of the Flag Smashers. And in “Winter Soldier” (streaming on Disney+), the group’s anarchist actions around the world put them on the radar of the show’s title superheroes.

‘The Falcon and the Winter Soldier’: How Marvel’s new show takes on race, patriotism and Captain America

Flag Smashers leader Karli Morgenthau (Erin Kellyman) prepares to throw down with some superheroes in "The Falcon and the Winter Soldier." (Photo: MARVEL STUDIOS)

But Karli and her crew may not be real supervillains, even if their enhanced strength and abilities might make it seem so. With a mantra of “One world, one people,” the Flag Smashers seek a return to a world without borders after half the population was wiped off the Earth for five years (see: “Avengers: Infinity War” and “Endgame”). They want to help the displaced and disaffected people who never left as global governments care more for those who’ve just come back.

“Marvel does a great job of making all of their stories mean something still to society,” Kellyman says. “I agree with the Flag Smashers’ fight. I don’t necessarily agree with the way that they’re doing it, but it’s all very important and I think people need to try and relate it back to the world that we live in today.”

Karli Morgenthau (Erin Kellyman, center) hides out from the authorities with fellow Flagsmashers Nico (Noah Mills) and Dovich (Desmond Chiam) in "The Falcon and the Winter Soldier." (Photo: MARVEL STUDIOS)

Karli’s fight is ultimately about equality: “When 50% of the population disappeared, things started to get better. There seemed to be more hope,” Kellyman adds. “Her drive is good, and she comes from a good place. It’s very interesting to kind of see how that unfolds” in the next few episodes.

Falcon (Anthony Mackie) and especially Winter Soldier (Sebastian Stan) got a face full of what Karli’s capable of, realizing that the Flag Smashers have apparently taken a super-soldier serum similar to one that turned Steve Rogers into the original Captain America. When the heroes try to bust up the Smashers’ transporting crates of the serum, Winter Soldier initially thinks Karli’s a hostage. She plays up the innocence bit before punching him from one truck to another, and later kicking new Cap (Wyatt Russell) into an oncoming car window.

Anthony Mackie and Sebastian Stan rekindle their buddy action-comedy vibe in Marvel's 'The Falcon and the Winter Soldier,' premiering on Disney+.

Kellyman, 22, had fight training “way more intense than anything I’ve done before.” But she also wanted to show different sides of Karli “rather than just this super-strong, angry person.” In one scene, Karli sheds a tear after one of the Smashers sacrifices himself so that the others can escape from henchmen of the mysterious Power Broker. “It showed how strong and how willing they are to fight for their cause,” Kellyman says.

This is the actress’ second Disney character clad in cool headgear: In the “Star Wars” prequel “Solo,” which Kellyman filmed at age 18, she played Enfys Nest, the seemingly villainous leader of the Cloud-Riders who took off her helmet to reveal herself as a resistance fighter against intergalactic crime syndicates.

“I’m starting to make a bit of a trend about playing masked villains who have a good root,” Kellyman says. “Both Enfys Nest and Karli Morgenthau definitely have a lot of layers to them, and on first impressions, yeah, they might seem like people that are trying to cause trouble or no good. But deep down their fight is pure and it’s relevant, and people need to listen.”

Even before tussling with Captain America, Kellyman was “a huge, huge fan of Marvel” and dressed up as superheroes with her cousin as a kid: “He had these Hulk hands and I had this Spider-Man costume.” She says that little girl would be “absolutely blown away” to know she’d play these roles in both the Marvel and “Star Wars” universes one day.

“I wanted to be a gymnast until I was 14. This is way different to a gymnast, and I have absolutely no flexibility anymore,” she says, laughing. “I’m still blown away now, even when I’m seeing it happening. It doesn’t feel like it’s my life.”